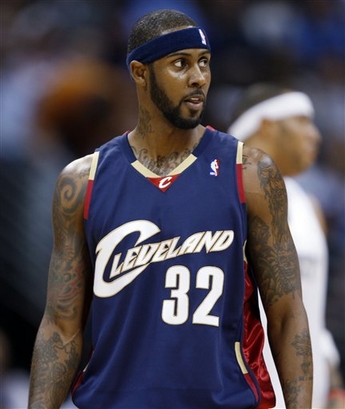 It's no secret that politicians are horribly out of touch with real life — that is, after all, what happens when the person hired to rake your backyard pays themselves by picking up dollars from your money tree (scientific name: Contractoricus Briberus Plentifulius) before they get blown into your brand new in-ground swimming pool.

This detachment is readily apparent when politicians attempt to explain things in a straight-forward manner. It's even more clear when they endeavor into analogy land — especially sports analogy land — as recently evidenced by Peter Lawson Jones.

If you've been following the Med Mart deal the past few weeks you've surely read about Cavs owner Dan Gilbert's objections to locating the project at the old convention center site, to which Tim Hagan testily replied, "Tell Gilbert to move to Cuyahoga County and run for county commissioner."

Well, the confluence between the Cavs and the Med Mart deal was furthered by Jones when he tried to rationalize spending $900+ million on a huge public funding project (that would be underground) and answer another of Gilbert's complaints, namely that MMPI would be allowed to collect millions of dollars in fees before the center ever opens.

Jones said the deal was not one-sided in favor of MMPI, and he used a Cavalier-themed comparison to describe the agreement, when he said ,"You can't get LeBron James for Larry Hughes money."

Oh, Peter. Where to start?

First, I suppose, is the fact that this is only the second year that LeBron James makes more dough than Larry Hughes, and it's not even by a lot. For anyone not familiar with basketball, the NBA salary structure, or LeBron James — and yes, Peter Lawson Jones falls squarely in this category — let's review.

Of course, that's because of salary caps and rookie contract structures and loads of technical mumbo-jumbo in the collective bargaining agreement that most fans, let alone detached politicians, don't understand.

However, Lawson Jones didn't just prove himself to be another out of touch politician with the one-liner, he also unintentionally introduced perhaps the best analogy ever for those who believe that the Med Mart is a boondoggle on eighteen different levels. Yes, Lawson Jones brought Larry Hughes into the debate, and there is perhaps no better sports representation of what MMPI and the commissioners are doing to Cuyahoga County taxpayers than the sulky, self-centered, ineffective, injury-prone, and shipped-out-of-town Hughes.

The correlation is almost too perfect. Supposed savior comes into town at a huge price with promises to save the team, only to disappoint in nearly ever way possible without being named Ricky Davis.

Has anyone suggested naming this thing the Larry Hughes Center For Commissioners Who Can't Read Good And Wanna Learn To Do Other Stuff Good Too?

The world was blessed with heylarryhughespleasestoptakingsomanybadshots.com, so where's our heycommissionerspleasestopscrewingoverthecityateverypossibleturn.com?

Hey Jimmy, do you know Larry's house in Bratenahl is still up for sale for a basement-bargain price of $2.1 million. Are you sure the county doesn't want to offer $4 million and snap up that golden piece of real estate.

See, Peter. Did you really want to bring Larry Hughes into the conversation?