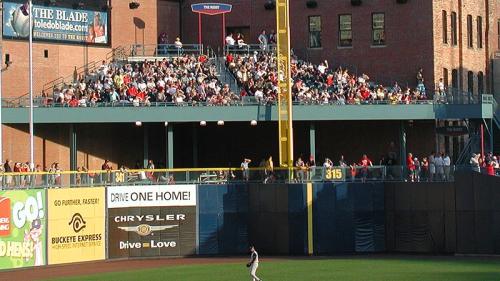 Fifth Third Field in Toledo, home of the Mud Hens, placed fourth. I've always wanted to make it out there for a game, especially to sit in "The Roost," which made ESPN's list of one of the sweetest places to watch a game.

And remember, Huntington Park in Columbus just opened, and by all accounts, it's supposed to be one of the nicest minor league stadiums as well. Everyone who's been raves and with the loaded-deck playing for the Clippers right now, it's bound to get a lot of Ohioans down to Columbus for a game this year.