Cavs Fans Can Now Direct Their Hatred at Gregg Doyel 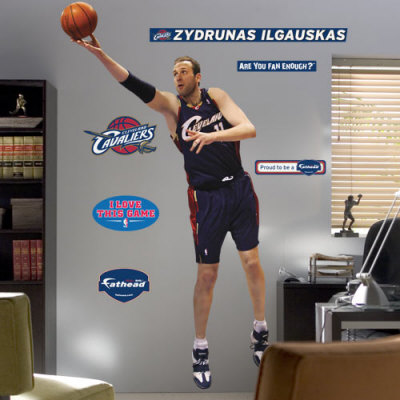 The title of Doyel's opus on the Cavs: "Let's be up front: Cavs can't win NBA title."

There isn't a word that Doyel uses that couldn't be quoted here as evidence of his complete dismissal of the Cavs as a legitimate title contender. There's just too many juicy options, it's hard to pick just a snippet. Here's on of my favorite sections though:

Your team isn't winning the NBA title. Not this year.

So keep that in mind, or at least keep that possibility in mind, as your Cavs continue to destroy the Atlanta Hawks in the Eastern Conference semifinals. Have your confidence. Enjoy this ride. But understand that there are certain things you cannot say, certain ways you cannot act, unless you have the best team in basketball. And you do not.

So don't let your alligator mouth overload your hummingbird ass.

Doyel's problem: The Cavs' lack of quality big men. That's the hump that is going to stop them from beating Orlando or the Lakers. But he readily admits that LeBron is awesome, just not awesome enough to overcome the staggering lack of depth and talent in the front court.

And I like Cleveland. Because I love LeBron James. He's my favorite athlete in sports — I'm allowed to have one, right? — but I don't like his team. Not as an NBA champion. That's an insult to the champions who came before, none of which had a frontcourt as pathetic as Cleveland's.

Here's a list of NBA champions. Try to find a team that was good enough to win an NBA title yet was bad enough to start players like Zydrunas Ilgauskas and Anderson Varejao at center and power forward. You can't. Don't bother.

OK, I'm not one of the guys who's going to sit here and dismiss his point that Z and Andy and Joe Smith and Big Ben probably don't match up well against Orlando and L.A. That's a valid concern. But there's so much else going on that to dismiss the Cavs because of one flaw is beyond crazy. Not to mention that Z, while not at his prime, is still decent, and Andy, while having his moments against guys he doesn't match up well against, still deserves a ton of respect, and Joe Smith, while not the Joe Smith of old, is still a decent backup.

Things not considered by Doyel:

1. The Cavs being well rested after sweeping Detroit and probably sweeping Atlanta, while LA is locked in a tough series against Houston (with Denver on the horizon if they win) and Boston and Orlando likely going to full seven games.

2. Momentum. Simple. The Cavs — especially LeBron — have that look in their eyes like they know they can win every game.

3. LeBron. He single-handedly carried this team when the backup corp was less than good. With this group, in the ridiculous streak he's on now, who knows what he could do? He seems to go to the next level in every game now, topping what he did before out of boredom.

5. Home court advantage. The single toughest arena to play in among the teams left in the playoffs.

The list goes on and on. I'm no expert when it comes to breaking down the games, but how you can look at the team with the best regular season record, the team that has not only not lost a playoff game, but has won every contest by double digits, and say they do not have a shot is just silly.