Harris Poll Has Browns as America's 22nd Most Popular Team 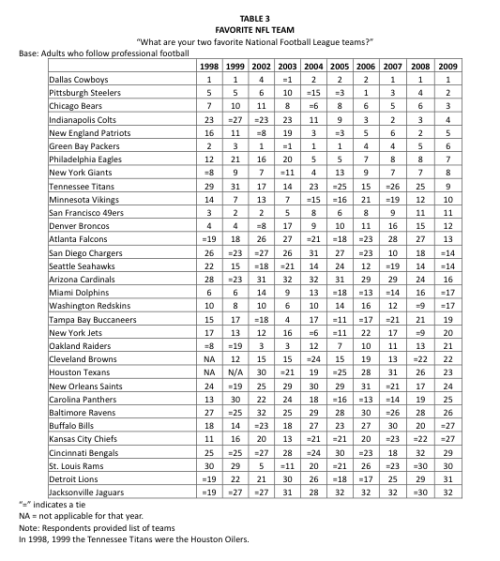 The Harris Poll conducted a survey of football fans (and, apparently, non-football fans) to find America's most popular teams. Yes, you have to take this with a grain of salt, and yes, it's just one amongst any number of polls, but it's still interesting to see where the Browns fall in the rankings.
Some intriguing things: Browns ahead of Baltimore and New Orleans; second lowest ranking for the Browns in this poll since their return; that they were 12th most popular in 1999 and 13th most popular in 2007.

Full results can be seen in a PDF here.

Tags: cleveland browns, harris poll, we are not america's team, surprised we weren't higher though