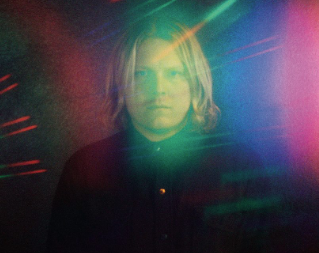 Courtesy of Pitch Perfect PR
Ty Segall.
Our weekly picks of the best things to do in Cleveland this weekend. Also check out our full Cleveland event calendar.

Ty Segall & Freedom Band
Touring in support of his forthcoming new album, Hello, Hi, indie rocker Ty Segall comes to the Agora tonight at 6:30 with his Freedom Band. The single "Saturday Pt. 2" features a gentle guitar riff and somber vocals before woozy horns kick in to the give the track the lysergic feel for which Segall is known. Bill Nace opens the show.
5000 Euclid Ave., 216-881-2221, agoracleveland.com.

Best Night Ever
This traveling dance party dedicated to the stars of the 2010s will feature tunes from Taylor Swift, One Direction, JoBros, Demi Lovato and more. It all starts at 8 p.m. at Mahall's 20 Lanes in Lakewood. Check the club's website for more info.
13200 Madison Ave., Lakewood, 216-521-3280, mahalls20lanes.com.

Failure
This space rock trio first formed in Los Angeles in the 1990s. While the band didn't have much of a following at the time, it's attracted a cult following that's only grown stronger as time has gone by. The group's latest effort, last year's Wild Type Droid, stemmed from a series of heady jam sessions and finds the band exploring new musical territory. The group performs tonight at 8 at the Grog Shop. Tickets cost $25.
2785 Euclid Heights Blvd., Cleveland Heights, 216-321-5588, grogshop.gs.

Hallelujah: Leonard Cohen, A Journey, A Song
This feature-length documentary that screens tonight at 7 at the Rock Hall includes testimonies from major recording artists for whom Leonard Cohen's “Hallelujah” has become a personal touchstone. Approved for production by Cohen just before his 80th birthday in 2014, the film accesses "a wealth of never-before-seen archival materials from the Cohen Trust including Cohen’s personal notebooks, journals and photographs, performance footage, and extremely rare audio recordings and interviews." Following the screening, directors Dan Geller and Dayna Goldfine will be joined by consulting producer Alan Light for a Q&A. Tickets cost $10.
1100 Rock and Roll Blvd., 216-515-8444, rockhall.com.

Pink Martini Featuring China Forbes
After making its European debut at the Cannes Film Festival in 1997 and its orchestral debut with the Oregon Symphony in 1998, the band has gone on to play with more than 50 orchestras around the world. The group consists of dozens of members and has songs in 25 different languages. It performs tonight at 8 at Cain Park in a concert presented by the Grog Shop. Consult the website for more info.
14591 Superior Rd., Cleveland Heights, 216-371-3000, cainpark.com.

Mary Santora
Drawing from real life experiences, local comic Mary Santora takes the audience on a "storytelling driven ride, while seamlessly weaving in and out of crowd interactions, leaving a lasting impression on anyone who sees her," as it's put in a press release. Her latest album, Hillbilly Boujee, topped the charts on iTunes and Amazon. She performs tonight at 7 at Hilarities, where she has shows scheduled through Saturday.
2035 East Fourth St., 216-241-7425, pickwickandfrolic.com.

FRI 07/01
Sarah Borges
For her latest album, Together Alone, singer-songwriter Sarah Borges sent her home-recorded guitar and vocal demos that she made by singing into her iPhone while utilizing her clothes closet as a vocal isolation booth to producer Eric “Roscoe" Ambel. He then figured out who would play what and how. Songs such as the twangy "She's a Trucker" show off Borges' gritty vocals and possess an edgy alt-country feel. On tour in support of the album, Borges performs tonight at 8 at the Beachland Ballroom. Check the club's website for more info.
15711 Waterloo Rd., 216-383-1124, beachlandballroom.com.

GlamGore
GlamGore is Cleveland's newest monthly addition to LGBTQ nightlife. Each month, GlamGore features a variety of performance artists under one roof, ranging from beauty queens to drag monsters. One of few all-inclusive and all ages productions that incorporates themed performances to elevate artists and audiences alike, GlamGore features well-rounded drag entertainers of all shapes, sizes and styles from all over the country. Tonight's event starts at 9 at the Grog Shop. Tickets cost $12 in advance, $15 at the door. VIP tickets which include a photo opportunity, a meet-and-greet prior to the show and seating, cost $20.
2785 Euclid Heights Blvd., Cleveland Heights, 216-321-5588, grogshop.gs.

Guardians vs. New York Yankees
The New York Yankees have rebounded from a disappointing 2021 season and have played spectacular baseball this year. The team swept the Guardians in New York earlier this year and should provide a good challenge during this three-game stand at Progressive Field. Tonight's game begins at 7:10. Fireworks follow tonight and tomorrow night's games. Check the team's website for more info.
2401 Ontario St., 216-420-4487, mlb.com/guardians.

Aaron Lewis and the Stateliners
Singer Aaron Lewis is best known as the frontman for Staind, the Springfield, Mass.-based band that toured with acts like Limp Bizkit in 1999 and then broke through to the mainstream with 2001’s Break the Cycle, an album that featured the moody power ballad “It’s Been Awhile,” a powerful breakup tune about trying to recover one’s self-esteem. It became the group’s biggest hit. Lewis made his first foray into country with the 2011 EP Town Line, a six-song collection of tunes that hearken back to the time when country had yet to turn pop. Lewis performs at 8 tonight at MGM Northfield Park — Center Stage. Consult the venue's website for more info.
10705 Northfield Rd., Northfield, 330-908-7793, mgmnorthfieldpark.mgmresorts.com/en.html.

SAT 07/02
Barenaked Ladies
The Canadian rock group performs tonight at 7 at Jacobs Pavilion at Nautica. In keeping with the nostalgia for the ‘90s theme, Gin Blossoms and Toad the Wet Sprocket, two of the better alt-rock bands from the era, will open the show. Check the venue's website for more info.
2014 Sycamore St., 216-861-4080, jacobspavilion.com.

Cleveland Cinemas Late Shift
Monthly screenings of Late Shift titles will be held at the Cedar Lee Theatre on the first Saturday of each month at 10 p.m. The movie changes from month to month, but at each screening, there will be a special promotion that will give patrons the chance to win a prize or get a free popcorn.
2163 Lee Rd., Cleveland Heights, 440-528-0355, clevelandcinemas.com.

Jamey Haddad's Birthday Celebration
Locally based percussionist Jamey Haddad returns to the Bop Stop at 8 tonight and at 7 tomorrow night to celebrate his 70th birthday. Tickets to attend this show in-person are $25 each. The Bop Stop will also stream the show on its Facebook page at showtime. Haddad has performed with acts such as Yo-Yo Ma, Paul Simon and Sting. He's regarded as one of the foremost world music and jazz percussionists in the whole country. For the shows, he'll perform with two core groups of musicians and a few special guests.
2920 Detroit Ave., 216-771-6551, themusicsettlement.org.

Monster Jam
Grave Digger and all the monster trucks you know and love will be on hand tonight at FirstEnergy Stadium for Monster Jam, the annual monster truck competition. The mud starts to fly at 7. Check the stadium's website for ticket prices and more info.
100 Alfred Lerner Way, 440-891-5000, monsterjam.com.

MON 07/04
Fourth of July Rooftop Party
Lago Custom Events will hold a Fourth of July party on its rooftop veranda tonight from 6 until midnight. There will be live music, food and a cash bar. In addition, Lago will collect donations for the Greater Cleveland Food Bank.
950 Main Ave., Suite 120, 216.664.1135, eventbrite.com/e/july-4th-party-presented-by-lago-custom-events-tickets-367063505827?aff=news.

Journey Tribute by E5C4P3
The popular Journey tribute act will undoubtedly deliver spot on renditions of hits such as "Don't Stop Believin'" and "Open Arms" tonight at 7 at Music Box Supper Club. Tickets cost $28 in advance, $35 on the day of the show.
1148 Main Ave., 216-242-1250, musicboxcle.com.

Light Up the Lake
This free, family-friendly event will begin at dusk over Lake Erie from the Port of Cleveland’s Dock 20. Organizers suggest viewing from a variety of areas in and around downtown Cleveland, including both banks of the Flats and North Coast Harbor.
downtowncleveland.com.