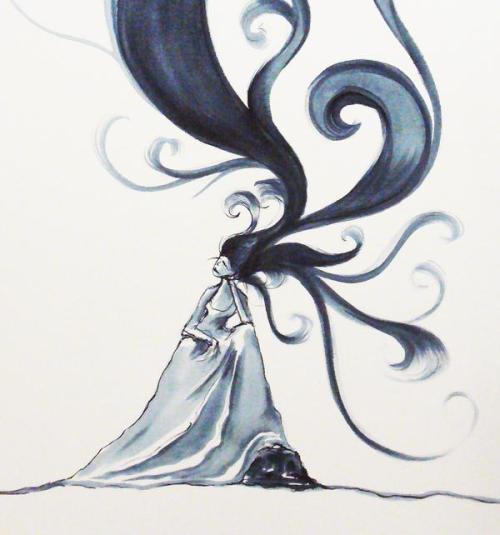 The innocence of Meredith Hahn’s drawings is often undercut by something dark and brooding, or at least something cold, like a tree with no leaves. Hahn works as a product developer for a children’s arts and crafts company, Creativity for Kids, and the whimsy that implies also comes through. Her own projects have included a self-published abecedario called Angry Animals A to Z, an appearance in the art magazine Juxtapoz and half a dozen solo shows around town, especially at the Flying Monkey. That’s where she’s hanging her Always Blue show, which she says is not about sadness but calm during turbulence, going with the flow. Flow is what her lines are about — one form into another, curls of hair dissolving into water, spindly limbs wander out to their tips like roots and twigs. It opens during the Tremont Art Walk from 6-10 p.m. Friday at the Flying Monkey (819 Jefferson Ave., 216.861.4638). — Michael Gill