The City of Cleveland reports that the entirety of a $250,000 economic development loan made to The Bang and the Clatter Theatre Company remains unpaid. That and the receipt of an electricity shut-off notice were the occasion for the theatre to cease operations this week. 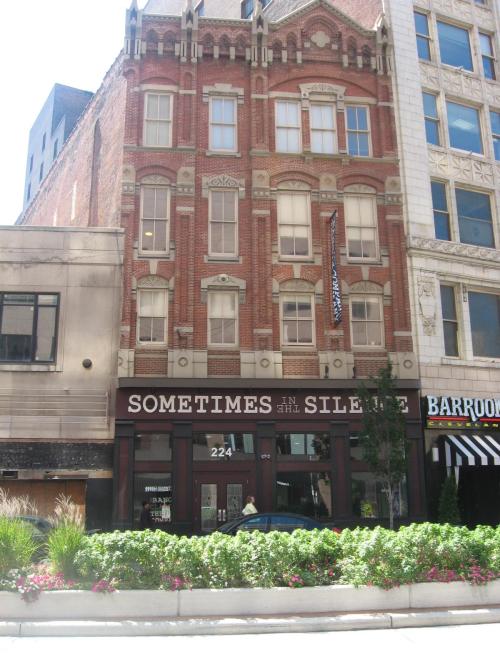 As reported in "Scene and Heard" Wed. Sept 2, the cast of the company’s production due to open this week—Adam Rapp’s Bingo with the Indians, directed by Christopher Johnston, decided they wouldn’t go on when faced with news of the shut-off notice.
When Sean McConaha told Scene in August that the company would proceed on a “show by show” basis, he blamed financial hardship on a historic tax credit he and collaborator Sean Derry were expecting to get after the renovation of the historic building on Euclid near East 4th. He said the tax credit would have been worth $130 to $150 thousand dollars. It was unclear why the anticipated windfall didn’t come through. The renovation has certainly produced a good looking building.
Now the City of Cleveland is faced with empty space, and is exploring legal ways of recovering the quarter-million dollar loan.
“The Bang and Clatter Theater came to the City of Cleveland with a track record of success at their Akron theater club. They proceeded to build their business here against the backdrop of Cleveland's successful theater district. To date this company has gone out of business.... they are no longer operating here or in Akron. The improvements made to the property remain and may very well serve to attract a new tenant.,” said Frank Jackson’s spokesperson Andrea Taylor.
“The City is pursuing its rights per the loan agreement to recover the unpaid loan, including enforcing various guarantees, a first mortgage on real estate, and a first lien on equipment. The City’s options include pursuing its claims in court and/or negotiating a settlement with the debtors.”
Scroll to read more Arts Stories & Interviews articles