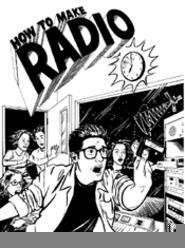 Ira Glass, the man behind NPR's weekly radio show This American Life, is accustomed to explaining his cinematic style, which combines interviews with music, fiction, essays, and found sounds to document not just events or people, but humanity.

"Most radio stories are organized around ideas, with the reporter putting together quotes that make specific supporting points: This is how the flood affected the people; this is how the tax bill works," he explains as he sits in his Chicago office, picking his fingernails with a razor blade -- one of the habits he picked up "editing the old way" by splicing tapes. "We're trying to make little movies -- stories where you hear the first minute and get caught up in the characters and wonder what is happening to them."

To help more people create more engaging radio, Glass commissioned a comic book detailing the dos and don'ts of good radio production, and this Monday he'll be in Akron to present a multimedia talk, offering listeners a live glimpse at how he creates his unique documentaries.

The process is not a technical wonder -- Glass uses two CD players, a mixing board, and a microphone -- but one of aesthetics. It's the right combination of sound clips that creates the humanity of his show, like his commentary on the '92 presidential campaign that featured Glass and Bill Clinton, awestruck at the size of a dirigible hangar in Akron.

"I'm demonstrating how to make radio in the style of our show. I think it's kind of shocking for people how simple it is," he says, adding that he's not even sure the digital revolution -- which replaced tapes and razor blades with computers for editing -- has made it any simpler. "There are certain things that are easier, but most of the work is the same."

As is his self-made burden: "I'm trying to chart out a different way to do radio, to enlarge what it is that radio can accomplish."