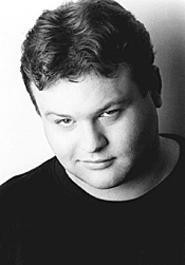 Mad TV's Frank Caliendo brings President Bush and Jack Nicholson (or at least his impressions of them) to Hilarities this week.
3/24-3/26

In college, Mad TV's Frank Caliendo was planning a career in television -- but not as a comedian. "I went to [school] for broadcast journalism," he says. "But I didn't want to make $6 an hour." So he started doing stand-up. Today he's best known for his many impressions of famous people, such as John Madden and Jack Nicholson. But nobody paid attention at first. "When I used to do the voices, I couldn't make anybody laugh," he recalls. "I could only make people laugh doing other things. Now the impressions are what everybody waits for." Lately, it's his President Bush imitation that's been cracking people up. "People who really like Bush love the impression," he notes. "And people who really hate Bush love the impression." Score! Caliendo is at Hilarities 4th Street Theatre (at Pickwick & Frolic, 2035 East Fourth Street) Thursday through Saturday. Show times are 8 p.m.Thursday and 7:30 and 10:15 Friday and Saturday. Tickets range from $15 to $25; call 216-736-4242. -- P.F. Wilson

A play about a pair of scientists' studies in cold fusion isn't an easy sell, admits Connie Grappo, director of Restoring the Sun, which has its world premiere Thursday at the Cleveland Play House. "It's inevitable and necessary that there's science in the play," she explains. "We need to create a world in which the science is central." Of course, Joe Sutton's play is about more than mathematical equations and tedious experiments. "It calls into question: Is objectivity even possible?" says Grappo. "Is there such a thing as objective truth? Everybody is prejudiced by their own personal beliefs and life experiences. Everybody wants the truth to be a particular thing." Restoring the Sun is at the Cleveland Play House's Baxter Stage (8500 Euclid Avenue) through April 17. Show times are 8 p.m. Tuesday through Friday, 4 and 8 p.m. Saturday, and 2 p.m. Sunday. Tickets are $10 (for students) to $49.50; call 216-795-7000. -- Michael Gallucci

Most Cleveland bands can relate to Ed Masley, frontman for Pittsburgh power-poppers the Breakup Society. "There's no support at local radio," he moans. "The public is more interested in sports." Alternative Press recently feted the Society as one of the 100 Bands You Need to Know in 2005. Masley gives credit to the band's debut, James at 35. "I've always been a pop guy, but I've been playing punk clubs all my life," says Masley. "It's the coming together of those sounds." Breakup Society performs at 9 p.m. Saturday at the Grog Shop, 2785 Euclid Heights Boulevard in Cleveland Heights. Tickets are $7; call 216-321-5588. -- Cris Glaser

Brisk Dramatic Pace of 'To Kill a Mockingbird,' Now at Playhouse Square, Enough to Compensate for Its Missteps