As 'Hamilton' Demonstrates, Our Country's Founders Had Their Turn to Fight, and It's Our Turn Now 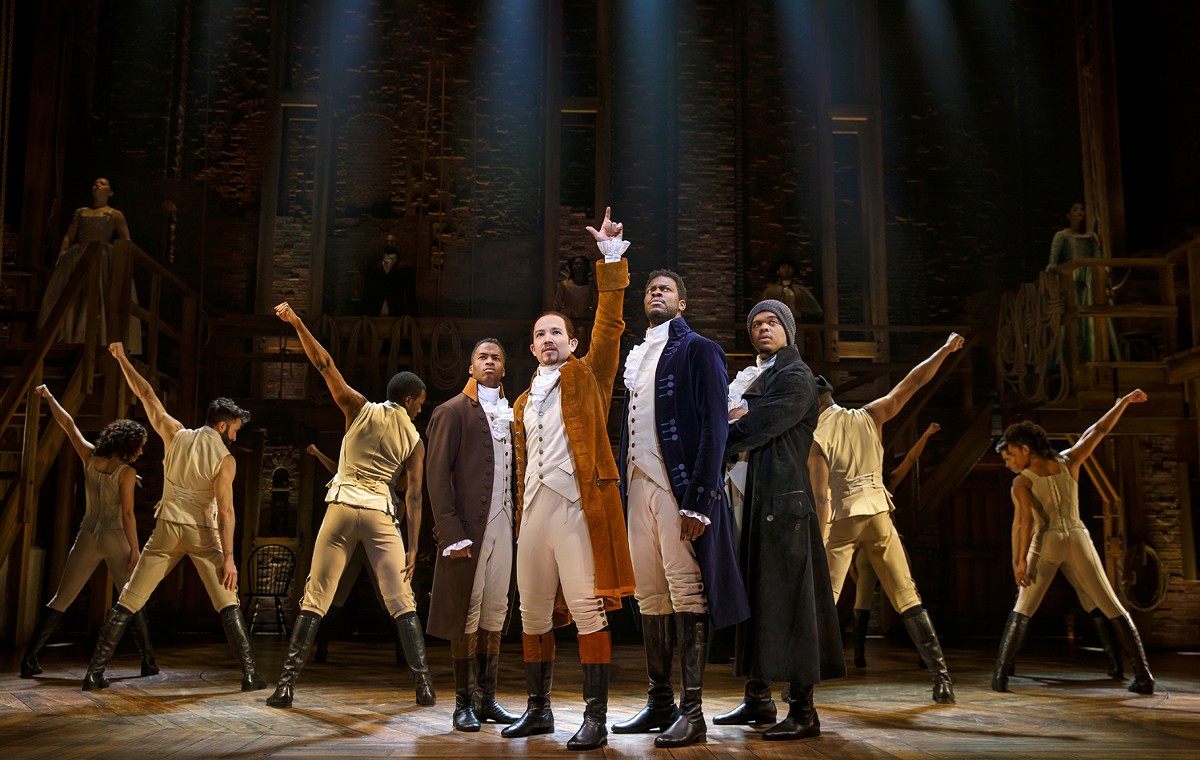 You don't need me to tell you that Hamilton is an awesome show. And that you should do anything legal (and possibly even illegal) to get a ticket. And that your life as a human being at this moment in the 21st century will not be entirely fulfilled if you don't witness this extraordinary work of art written by Lin-Manuel Miranda. Let's put it this way: If you were alive back when Mozart and Beethoven were scribbling their music, you would have felt enormously blessed if you could hear those concerts while the composer was alive. They would have been your contemporaries, and that would have been a rush.

Well, it's not too big a stretch to say that Miranda — who wrote the book, music and lyrics for Hamilton — will one day be considered on that same level. All he's done is re-imagine the entirety of an art form in a way that is thoroughly engrossing, blissfully entertaining and emotionally accessible. Not only that, it comes at you in a continuous wave that, if you're not already tuned in to the pace of the music, can be challenging. It's not like drinking from a fire hose or a fire hydrant; at times, in this almost three-hour production, it's like drinking while standing under Niagara Falls.

The 46 (yes, 46) songs come at you with such intensity that it would be exhausting if it all weren't so damn interesting, musically and intellectually. Miranda has taken the autobiography of Alexander Hamilton, written by historian Ron Chernow, and turned it into a story that has powerful and immediate resonance to what is happening today in our country. To wit:

How does a bastard, orphan, son of a whore

And a Scotsman, dropped in the middle of a forgotten spot in the Caribbean by providence, impoverished,

In squalor grow up to be a hero and a scholar?

The show is performed by mostly non-white actors and is sung-through brilliantly utilizing rap, soul and more traditional song styles to spin the story of Hamilton, his frenemy Aaron Burr (Nik Walker) and the beginnings of our country. Does it matter that Hamilton (Joseph Morales) was a mixed race immigrant back then, especially now when immigrants are being pushed away from our shores and separated from their families? Of course it matters, just like everything does in this gargantuan production. Just drop down into any song in Hamilton and you're likely to find a surprising connection to contemporary life. For instance in the second act, Hamilton walks into a room with James Madison and Thomas Jefferson — just the three of them — and comes out with a compromise that no one thought possible. The catchy, propulsive song is titled "The Room Where It Happens," and if it doesn't trigger thoughts of the room in Helsinki where Russian president Putin and U.S. president Trump met — just the two of them, with translators — and came out with god-knows-what agreements, then you're not paying attention to the destruction of our democracy.

Indeed, democracy was much on the minds of Hamilton and his fellow revolutionaries as they fought against the British (they really were our foe, back then). As lawyer Hamilton sings in "Non-Stop,"

I practiced the law, I practic'ly perfected it.

I've seen injustice in the world and I've corrected it.

Now for a strong central democracy,

If not, then I'll be Socrates,

Throwing verbal rocks at these mediocrities.

Hamilton displays many glorious attributes such as the precise direction by Thomas Kail, the lush musical direction and orchestrations by Alex Lacamoire, and the ever-flowing choreography by Andy Blankenbuehler. But it also reminds us of history, such as Socrates being opposed to the idea of democracy. He didn't trust the rabble of society to vote and choose who leads the country. And if you find yourself agreeing with Socrates a bit now, in the world of Trump, that's just one of many epiphanies awaiting you.

You will discover the close yet contentious relationship between Hamilton and Burr that led to their fatal encounter on the dueling field. You will experience the love that Hamilton had for his wife Eliza (Shoba Narayan), from the upscale Schuyler family, and the tragic fate of his son Phillip (Elijah Malcomb, who also plays John Laurens). You will learn what an arrogant prick Jefferson (Kyle Scatliffe, who also plays Marquis de Lafayette) was, at least in this telling. And you will be amused by the clueless and venal King George (Jon Patrick Walker). And there's so much more, because there are at least two full musicals stuffed into this production, since they sing and talk at a hyper pace that would cause My Fair Lady to pass out from the vapors. There are actors and designers too numerous to praise individually, so we bow to their talents in the same way the performers take their curtain call: as a group. But let's not lose track of the importance of this incredible creation. As they sing in "Washington On Your Side,"

If there's a fire you're trying to douse,

You can't put it out from inside the house.

Our country is on fire, again. And since the people inside the House (and Senate) won't put it out, it's imperative that the rest of us step up and douse the flames of authoritarianism and fascism that are flaring all around us. We need to vote, prove Socrates wrong, and protect our democracy.

The immigrant Alexander Hamilton, whose love for the ideals of America burned in his soul, would have expected no less.