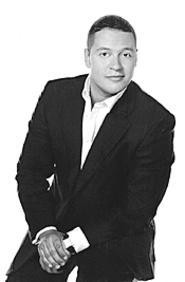 The last time we saw Kaleil Isaza Tuzman, he was running his internet company into the ground. And it was all captured on film for the celebrated documentary Startup.com. Tuzman is back with a hefty book-and-CD package called The Entrepreneur's Success Kit, in which, ironically, he gives advice to budding executives on how to start and maintain a business. "I wanted to [create] something that was easy to use, but comprehensive," he says.

Over the past decade, Tuzman has raised more than $200 million of venture capital and founded three businesses (including govWorks.com, the subject of the 2001 movie). The Entrepreneur's Success Kit, which is subtitled "A 5-Step Lesson Plan to Create and Grow Your Own Business," comes with a guidebook, workbook, adviser cards, and two CDs' worth of Tuzman discussing business strategies. "There are a lot of different learning styles," he says. "But the first thing you need to do is study yourself. What really drives you?"

But his kit isn't just for newbies, he says. "I hope it's a useful survival kit for all entrepreneurs." Tuzman discusses life as a businessman at 8 p.m. Friday at Joseph-Beth Booksellers, 24519 Cedar Road in Lyndhurst. Admission is free. Call 216-291-2467 for more information. -- Michael Gallucci

Not So Funny
Despite its title, The Ha-Ha is a pretty somber book.

In his debut novel, The Ha-Ha, Dave King climbs inside the mind of a mute Vietnam vet who's left to care for an ex-girlfriend's nine-year-old son, despite the fact that the reclusive groundskeeper can barely function on his own. "My older brother was profoundly autistic," explains King, a former Clevelander. "He didn't speak. And after he died, I found myself thinking a lot about what his life would have been like if he had been more normally able, which is not something I thought about when he was alive. I took him for what he was. The book arose from thinking about that." Like Mark Haddon's brilliant The Curious Incident of the Dog in the Night-Time, The Ha-Ha turns a disabled protagonist into a reluctant hero and narrator. "What does it mean to be 'normal' versus 'abnormal'?" asks King. "I wanted to deal with disability, language, and speech." King signs his book at 7 p.m. Thursday at Joseph-Beth Booksellers, 24519 Cedar Road in Lyndhurst. Admission is free; call 216-291-2467. -- Michael Gallucci

Add It Up
Count on this baritone to provide a good show.

The "one voice" at Wednesday's One Voice, Three Contexts concert belongs to Christòpheren Nomura (pictured), an internationally acclaimed baritone famous for his performances of Bach and Handel. The "three contexts" refer to the combo that will accompany Nomura at the performance: pianist David Alpher, the Cavani String Quartet, and the Modus Ensemble. "Two" might also have found room in the title, since the program spans a pair of centuries, the 19th and 20th, as well as a couple of continents, North America and Europe. And listen for "Dover Beach," a musical setting of gloomy Victorian poetry by Samuel Barber. Show time is 7:30 p.m. at the Cleveland Museum of Art's Gartner Auditorium, 11150 East Boulevard. Tickets are $18 and $20; call 216-421-7350. -- Zachary Lewis

It's no surprise that Inka Jatary (pictured) is headlining this year's Natural Planet Expo. In its native Ecuador, the band's name means "uplifting one's spirits." But if its blend of mandolins, flutes, and drums doesn't give you an energy boost, the expo also trumpets the virtues of health spas, yoga classes, and natural and organic foods. It happens from 11 a.m. to 6 p.m. Saturday at Cleveland Convention Center's Public Hall, 500 Lakeside Avenue. Admission is free; call 440-331-1694. -- Cris Glaser