“I view cities, for better or worse, as the locus of the culture” 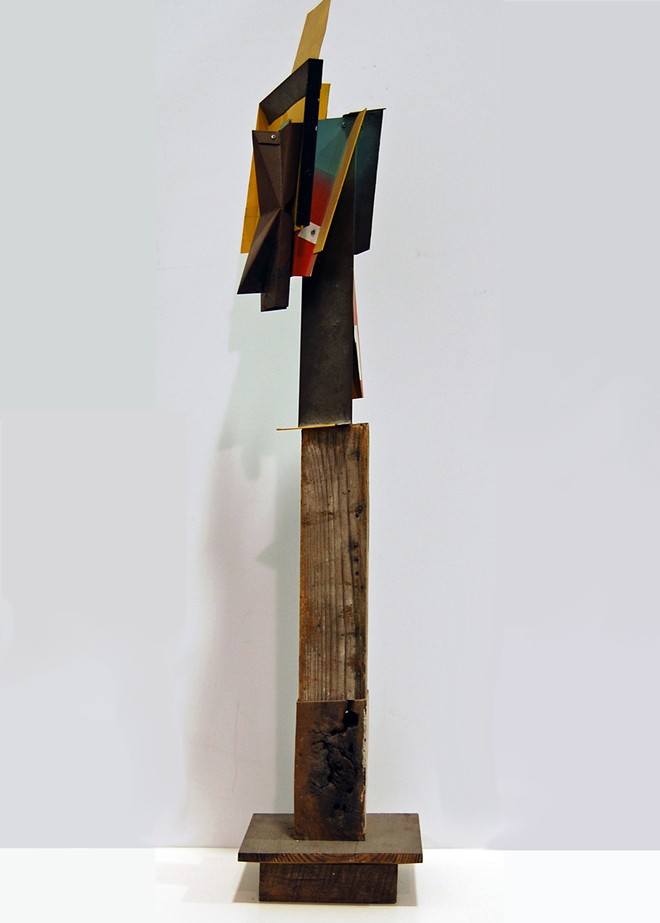 In 2006, sculptor John Conway Jackson and photographer Masumi Hayashi were tragically murdered on the west side of Cleveland.

The Artists Archives of the Western Reserve will be honoring the memory of Jackson with "Against Gravity," an exhibition of his work opening this Friday with a reception from 5:30 to 8 p.m. The event is free and open to the public.

Described as a “cerebral and experimental” artist, Jackson was known for his assemblage sculptures and modernist paintings and drawings. His work was said to “tap into the subconscious.” The exhibition includes 30 works, including two large mixed media creations which will be suspended from the ceiling with chains.

With a concentration in painting and drawing, the Chagrin Falls native studied at the Cleveland Institute of Art in the mid-70s before moving to Philadelphia, where he started a business doing historical carpentry, a contributing factor in his passion for sculpture.

Jackson returned to Cleveland around 1994 with a fresh perspective, inspired by what he saw in Cleveland — the decaying landscape from which he drew both inspiration and raw materials while shifting his focus toward assemblage.

“I view cities, for better or worse, as the locus of the culture,” Jackson explained. “Cleveland’s industrial landscape is fertile ground for anyone that shares my enthusiasm.”

Jackson was intertwined with an artist collective called NewCelle, which included Bea Mitchell and Jackson’s mentor and teacher, Ed Mieczkowski of the Op Art movement.

NewCelle was an experimental drawing group driven and emboldened by “the science of chaos,” the study of consciousness and the Surrealist practice of psychic automatism. The group took turns intuitively drawing within a cell-like form, according to the AAWR.

Two of these sizeable collaborations, as well as several solo drawings by Jackson where the influence of NewCelle can be observed, are included in this collection. We also see the artist's work across mediums, experimenting with form and composition while making decisions, the work exemplifying the collaborative synergy he shared with his contemporaries. It is a great example of what happens when artists pull together collectively, how they can challenge and propel one another to reach new heights.

In the piece “Bust,” Jackson seems to be combining elements of cubism in its abstracted form while pulling from the Dadaists for spontaneity, challenging accepted definitions of art with his combination of materials, his composition and his vertical trajectory.

The figure is so abstracted it is hard for the viewer to imagine an actual ‘bust’ of a person. It makes one suppose the artist is taking an avant-garde stance, both rebellious and experimental while also decisive and spectacular.

With this retrospective we can see how his work holds up today, possibly even more so thanks to the amount of time since it was last exhibited.

A community gathering will also be held on Saturday, February 11, from 1 to 2 p.m. where Jackson’s sister, Helen Zakin, will reflect on the work and share memories with gallery goers. People who knew Jackson are also encouraged to contribute memories about Jackson’s exciting and too brief life and career. The program is free and open to the public. To attend, RSVP via email at [email protected]

"Against Gravity" will be on view through March 11.