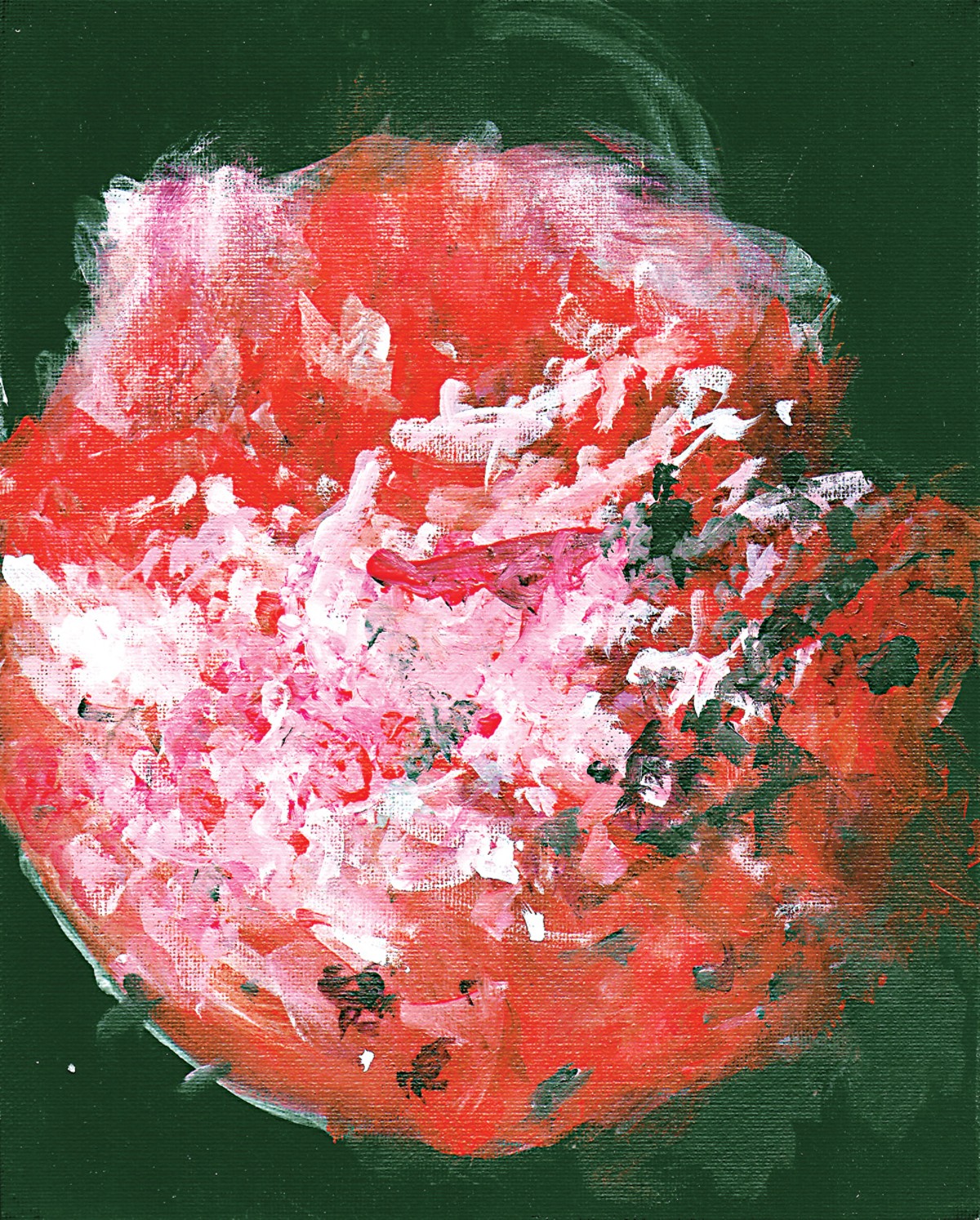 Walking into the Derek Hess Gallery, we are privy to the unpacking of artwork for the Acting Out! exhibition comprising more than 30 local and national artists who have been diagnosed with or have been affected by mental illness and addiction. Derek Hess, who opened up to the world about his struggles with addiction and bipolar disorder through his autobiographic film, Forced Perspective, is on the front lines of bringing awareness and resources to Cleveland during his four-day Acting Out! festival. Along with long-time business partner Marty Geramita and marketing and events promotion powerhouse Angie Hetrick, he has pulled together a compelling lineup of emerging and established artists.

While the artwork in this exhibition is thematically heavy, its duty, as with all art, is to open up a dialogue between the work and the viewer. Here's a preview of some of the pieces.

Graphic design and printmaking student Melanie Dudor has accumulated her experiences in a book titled All My Friends Are Dead. Herself a recovering alcoholic who has dealt with depression and anxiety her whole life, Dudor's work envelops the struggles of addiction and mental health. The title page depicts a heroin baggie with an Alcoholic Anonymous passage. Unfolding in accordion style is a book containing intaglio print portraits of friends who passed away from heroin overdoses. It is a silent and fervent piece that maintains its impact long after it is viewed.

In Corey Remington's painting, "Obsessive" the artist presents a young girl painted in the French academic style from the 1800s, which, as the artist states, was when the term "mysophobia" (germaphobia) was coined. The girl wears a paper mask with Hello Kitty on the front, due to her obsessive fear of germs, and serves as a link between the past and present for the viewer. The muted tones and expression on the child's face depict fear, frustration and exhaustion that weigh us helpless. The beauty and sadness behind this painting is overwhelming and all we want to do is comfort this baby.

Photographer Dianna K. Arreola's self-portrait, "Where is My Mind" demonstrates the absolute struggle she was experiencing at pivotal moments in her life. "This piece was an exploration into my own experiences with anxiety and depression, both of which I have been struggling with since childhood. I wanted to show visually what those very internal illnesses actually look and even feel like, and how they visually manifest. I wanted to show the viewer mostly what it looks like to lose control of yourself to these illnesses, how they can take you over and alter the way you view life and your life experiences, especially when navigating different medications that sometimes help you and sometimes make your symptoms even worse."

Derek Carter's small painting titled "Humbert Rose" is filled with folds of red and black hues with a light that emanates frenetically from the center. The form is haloed and hugged by brush strokes and more light ascending from its outer curves. Despite its modest size, this painting packs a punch — not just visually, but because of the story behind it. In order to paint, Carter must attach a paintbrush to the nub of his arm.

Fifteen years ago, Carter was electrocuted on the job while working in a hydraulic lift. His head inadvertently touched a power line, severely burning him and causing the loss of both forearms. The struggle to escape the many layers of psychological and physical pain he endured during his rehabilitation led to a severe opioid addiction that lasted more than a decade. Since that dark period, the drummer and artist has used his support system and passion for art to create works of stunning simplicity and beauty. Per his statement, "Painting the rose came with a few hurdles (besides no hands), just like addiction. I found a way of overcoming and conquering. Much persistence, encouragement from loved ones, and letting go of excuses."

Angela Oster, who is known for her whimsical works and her joyful smile, tells a dark tale of her struggle with alcoholism. In a nine-panel series within her illustration "Battle with Bottle," Oster states, "This series of images is a cartoon narrative of my struggle with alcoholism — kind of a circular trap that I found myself in and a reminder that I don't want to be stuck in that cycle anymore."