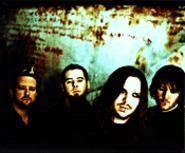 You're forgiven if you mistake "Remedy," the latest airwave-hogging single from South African rockers Seether, for a long-lost Nirvana tune. Even singer Shaun Morgan admits it. "That song bridges the gap between the last album and the new album," he says. "I was really into Nirvana then, but I think we're finding our own sound. I hope we're getting away from the Nirvana comparisons. At least we're not being compared to a band I think sucks."

For its second CD, Karma and Effect, Morgan says, Seether shied away from its influences and tapped into its own creative instincts. Morgan found inspiration in the most unlikely of bands. "I appreciate Aaron [Lewis] from Staind, who came out with two albums where he was pissed off," he says. "Then he came out with an album where he's happy. At least he was being honest."

Morgan plans a similar path of sincerity for Seether. Might even make a trip-hop record next time out, he says. "I just don't want to become predictable." Seether plays the Odeon (1295 Old River Road) at 8 p.m. Saturday. Tickets are $18, available by calling 216-241-5555. -- Michael Gallucci

Go for Baroque
How the right conductor can make old sounds feel new.

Any form of music with 300 years of history is bound to get a little rote after a while. That's reason enough to appreciate the passion for Baroque music displayed by Andrew Manze, a British violinist and conductor who brings uncanny flair to every score he touches, whether he's in the spotlight as a soloist or on the podium. Known worldwide for his daring performances and gift for improvisation, Manze leads the English Concert -- an orchestra known for its renditions of Baroque music -- Tuesday in a diverse program that includes suites by Pachelbel and Bach. They'll also play a sequence of 17th-century pieces by Purcell, Jenkins, and Castello. But it's the new stuff that clicks: Lately, Manze has been obsessed with Heinrich Biber, a master violinist and composer of the Baroque era. Manze and the English Concert perform at 8 p.m. at Fairmount Temple Auditorium, 23727 Fairmount Boulevard in Beachwood. Tickets are $5 to $25, available by calling 216-291-2777. -- Zachary Lewis

Joke's on Him
Tim Cornett has lost weight, but he hasn't found love.

Ever since his first stand-up gig five years ago, Tim Cornett has cracked on everything from dropping 80 pounds to working as a waiter. But the jokes don't come easily. "I'll just kinda go through my day, come up with a fun little idea, analyze the hell out of it, take it in a million different directions, and pick and choose whichever way I want," he says. But he's not hard-pressed to talk about his flagging love life. "It's pretty much I-can't-get-laid material," sighs the 25-year-old Lakewood resident. "And it's all based on bitter loneliness." Take joy in Cornett's misery at 10 p.m. Wednesday at Bassa Vita, 1572 West 117th Street in Lakewood. Admission is $2; call 216-521-4386. -- Cris Glaser

Dance of the Intergalactic Geese

At the start of choreographer Bebe Miller's Landing/Place, her five-member troupe stares at asteroids flashing across a video screen. Moments later, the dancers walk into an image of a tree-lined street. The performance culminates in a wild frolic with a flock of onscreen white geese. By the time the 8 p.m. show is done, you'll feel like you've been sniffing paste. See it Saturday at the Ohio Theatre, 1511 Euclid Avenue. Tickets range from $20 to $47, available by calling 216-241-6000. -- Cris Glaser