God Is His Copilot

Toby Mac gives thanks for 25 percent of his success. 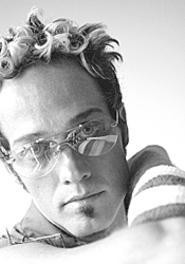 Toby Mac is down with God and his homies at the Palace Theatre on Thursday.
THU 4/7

Toby Mac's faith was put to the test three years ago, when he and his wife struggled to have a second child. The couple vowed to pray for 30 consecutive mornings. On the fifth day, while they were at church, a stranger told them that she knew a woman who was putting her infant twins up for adoption. "We definitely wanted twins," says Mac. "But we didn't know God was going to give them to us this way."

After 15 years and four Grammys with Christian popsters DC Talk, Mac is flying solo on his Diverse City Worldwide Tour (which also includes performances by down-with-God rockers Audio Adrenaline, Kutless, and Hawk Nelson). With his second album, Welcome to Diverse City, Mac's discovered that breaking out on his own has its hurdles.

Notions in Motion
Verb Ballets gets all dramatic on us.

Verb Ballets often turns to the great canon of 20th-century dance for much of its material. But for its contribution to Cleveland Public Theatre's DanceWorks series, Contemporary Artists Collection, the troupe is trying something a tad edgier. Something like Mark Tomasic's "The Memory Room," a dance based on the abstract concept of paradox. Tomasic, a Verb dancer and budding choreographer, calls his debut piece an 18-minute blend of modern dance and action theater. "There's a bit of theatricality to it," he explains. "We get to break some plates and light a bunch of matches. I like there to be a little drama involved. I guess that's just my personality." The program also includes a pair of new pieces by fellow Verb members Robert Wesner and artistic director Hernando Cortez. Verb Ballets performs at 7:30 p.m. Thursday, 8 p.m. Friday and Saturday, and 3 p.m. Sunday at Cleveland Public Theatre, 6415 Detroit Avenue. Tickets are $10 to $24, available by calling 216-631-2727. -- Zachary Lewis

The moment Jennifer Paterson steps onstage in The Shape of a Girl, she can't help but think of the bullies she knew in high school. The play is based on the 1997 murder of a British Columbia girl, who was drowned by seven female classmates in retaliation for her stealing another student's boyfriend. "It was equivalent to the Columbine shootings," explains Paterson. "It was huge that the bullying had gone so far." And the play comes with its own morality message. "We reject it, like, 'I was so dumb then,'" says Paterson. "It's really a coming-of-age story." The Shape of a Girl plays at 11 a.m. Saturday at the Allen Theatre, 1407 Euclid Avenue. Tickets are $14.50; call 216-241-6000. -- Cris Glaser

It's no mistake that "Hwy 5," a stirring duet with alt-country siren Neko Case on Joe Doe's new album, Forever Hasn't Happened Yet, sounds like something the former frontman for L.A. punk group X would have recorded 25 years ago. It was written with onetime bandmate (and ex-wife) Exene Cervenka. Doe plays the Beachland Ballroom (15711 Waterloo Road) at 9 p.m. Thursday. The Nick Luca Trio opens. Tickets are $12, available by calling 216-383-1124. -- Michael Gallucci