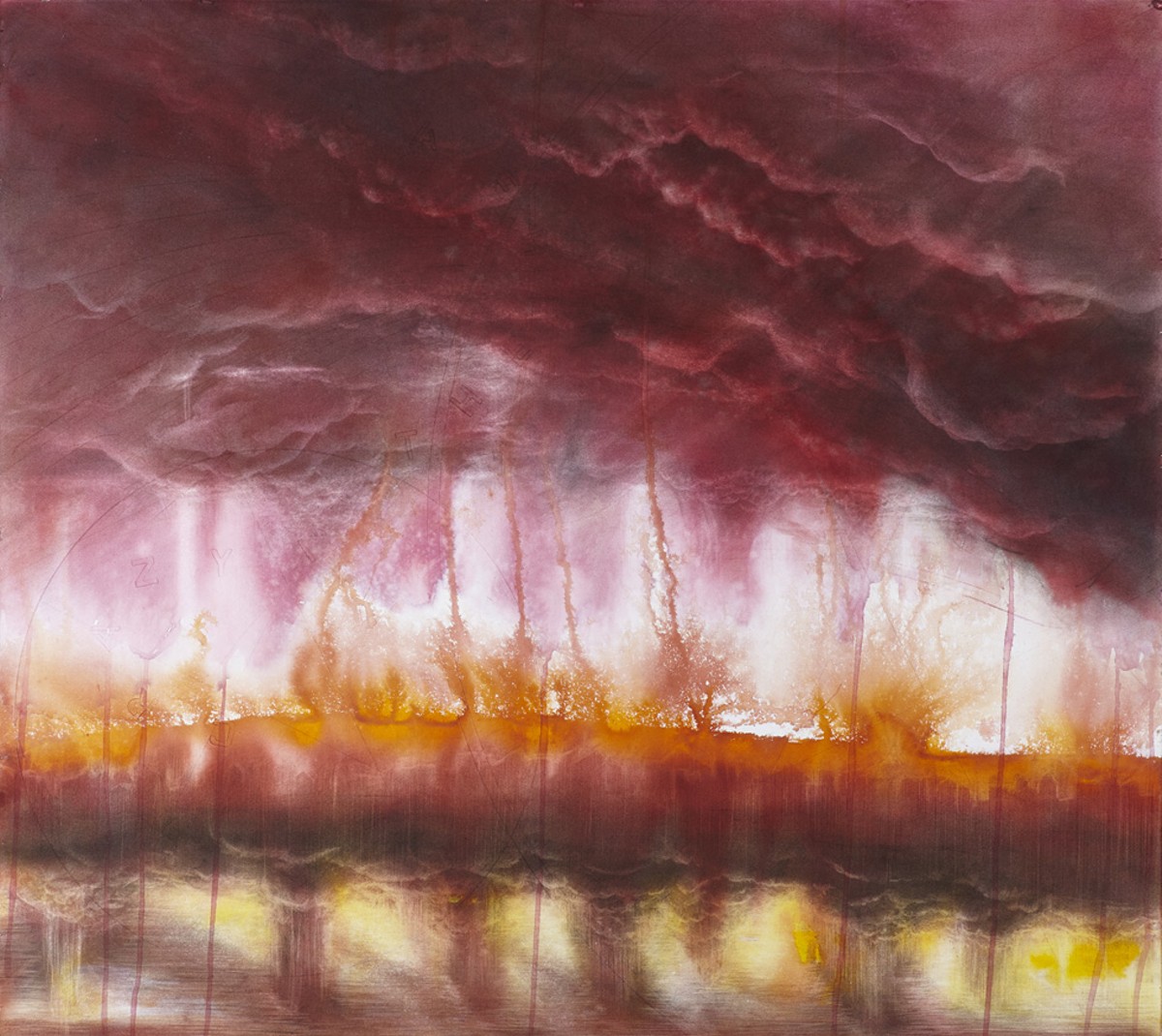 Judith Brandon, “Crazy in the Head”

Walking into the Kenneth Paul Lesko Gallery, we are not surprised by the sheer size of Judith Brandon's impressive work in Resonant Drawings, an exhibition that celebrates the artist's 40-page catalog of the same name. Brandon, who worked out of a space at the 78th Street Studios building, has been steadily creating larger drawings since moving her studio to Rocky River.

"I needed an area to create larger work," she says, and the results are moving. It should be noted that the grand scale of these drawings, some reaching over 5 feet in any given direction, can be challenging, given that Brandon herself stands at 5 feet tall. Clearly, though, she has targeted and overcome that technicality.

According to the artist, each piece can take up to 36 hours if she is working on it straight through; otherwise, if Brandon is working on multiple artworks at once, it could be up to a month.

Resonant Drawings pulls us into other worlds. As we close in on these sizable pieces, we discover more detail and the notes within. According to the artist's statement, her work is influenced by, among other factors, having to help her mom empty out the basement in their home from spring flooding; she cautions us to "never by a house at the bottom of a hill." This experience was the impetus to the artist's fascination with and research into strange weather patterns, the environment and her resulting technique.

Incised lines and lettering on her preferred support material of printmaking paper add extra gales and gusts — pure movement — within the tumultuous calm for which Brandon's work is so well known. In "Slumbering Monk," we see the tracing of an open hand that reaches toward us with the words "evaporate your fear," something the artist confides that she is working on. Action and form gel as we bear witness to some seemingly wild event, and yet we are comforted. "Slumbering Monk," Brandon explains, "came out of a meditation. Purple and maroon are the Buddhist monk's robe colors. The purple bubbles are a monk's resting brain actively evaporating his or her thoughts about fear." It is truly a vision to inhale.

If "Slumbering Monk" is the calm, then "Crazy in the Head," with its hot blood reds and glowing yellows, is definitely reminiscent of synapses reaching, trying to connect the land and the sky. "I have these recurring thoughts of the Earth separating and revealing its many living layers," Brandon says. "It's a visual conversation with the planet that I'm having. I'm trying to accept that conversation as part of who I am."

One can imagine being in any of these places, whether in the sea, along a marsh or in the "Barataria Estuary," an homage to Louisiana's Barataria Terrebone Estuary after the 2010 BP Deepwater Horizon oil spill in the Gulf of Mexico. "It was one of the most biologically rich ecosystems in the world and [it was] devastated by the oil leak; what was left is disappearing to this day, each minute. It is a very important part of Louisiana that was overlooked." She continues, "I used the image as my business card for years so I could tell people about it. One event years back, I met a fellow from the Preservation Hall Jazz Band and gave him my card and told him what it was and he stepped back, was quiet for a second, and then said, 'Shit, I thought you all had forgotten about us,' and gave me a hug. That's the kind of connection that makes you feel like everything is going to be okay with the world."

Brandon's work is often compared to J.M.W. Turner, the English painter for whom the phrase "Turner sky" has become an art-school staple, and whose sky studies moved the art world of the romanticist and Victorian eras.

The collection of works in Resonant Drawings, however, dives deeper than the folly of Turner. They demand heavy thought on who we are and how we connect with our environment and ourselves. Perhaps now we can look up and finally see the Brandon sky.