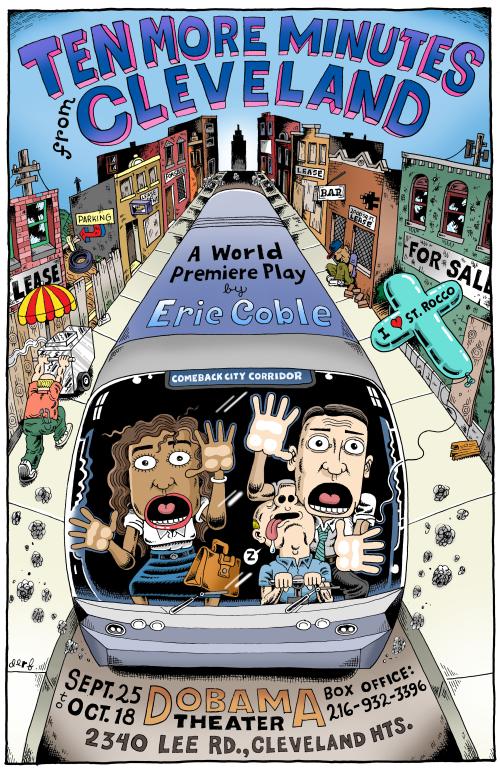 Life can change in a heartbeat. One minute you’re crossing Euclid texting your BFF about hooking up for drinks, the next you’re in an ambulance being driven from the scene where you were run down by an RTA driver on her cell phone. One minute you’re sitting alone in the bleachers watching the Tribe lose yet again, the next you’re talking to the beer vendor you’ll spend the next 38 years married to. Cleveland’s like that.

In honor of Dobama Theatre’s upcoming 50th anniversary and its move into a brand-new facility, Scene and Dobama are sponsoring a contest. The kick-off play of Dobama’s season is 10 More Minutes From Cleveland, a collection of 10 short plays by local playwright Eric Coble about how fast life can change in our fair city. We'll hear his take on it starting September 25, but right now, we want your stories. Write us a short essay (up to 1,000 words) about 10 minutes in which your life changed while in Cleveland. The story can be tragic, hilarious, touching or weird, but it must be true.

Winners will be published at clevescene.com (and possibly in print) on September 23 and will be read by actors following a performance of 10 More Minutes From Cleveland. And what the hell, we'll throw in free tickets to the show.

The deadline is noon, Friday, September 11. E-mail entries as Word or RTF documents to [email protected]. Please include “Scene/Dobama Contest” in the subject line.