A pitcher's worth a thousand words in Nicki Mason's new movie. 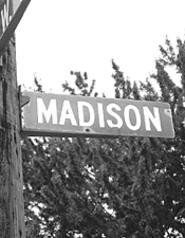 Despite having tended bar in Lakewood for the past seven years, Nicki Mason didn't understand what the big fuss was about Madison Avenue. Until she looked through her camera lens.

Since April, Mason has lugged her digital camcorder through the gauntlet of 22 bars on the street, from the Shamrock at the eastern edge of town to the Mitey Mouse near Cordova Avenue. Her mission: to interview club patrons who have conquered the three-mile bar hop known as the Madison Crawl.

"I've seen so many bar crawls through the years, and I asked myself, Why do people drink themselves into oblivion?" she says. "I mean, there are 22 bars. What are they doing?"

Mason, a first-time filmmaker, conceived the movie last year. Between April and June, she visited each bar 10 times -- "research," she calls it -- to hoist shots and beers with the regulars, while soaking in each locale's history and atmosphere.

"You mention to anybody: Have you done the Madison Crawl?" she says. "Either you know someone who has, or you've done it yourself, or you want to do it."

So on June 29, Mason rounded up a few dozen friends, and the group stumbled from one end of the strip to the other in less than 10 hours. By 12:30 a.m., they had spent at least 20 minutes in each bar, where Mason recorded video and sound to serve as the foundation for the movie. Mason then spent the last two weeks of September interviewing bar owners and club hoppers to capture a montage of sound bites.

"We went everywhere," she says. "From a sports bar and grill to a shady hole-in-the-wall to eclectic to a regular shot-and-beer place."

Mason plans to spend the rest of the year editing more than 16 hours of raw footage into a 90-minute movie, which she'll pitch to film festivals around the country.

"It's going to be humorous [and] informational, with stories from pub owners, bartenders, regulars," she says. "If it doesn't sell, at least I can say, 'Hey, I did it.'"