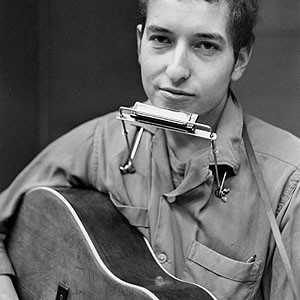 Even though he’s penned the monumental Song & Dance Man III: The Art of Bob Dylan and the recent Bob Dylan Encyclopedia, British author Michael Gray claims he’s not one of those rabid fans who roots through the singer-songwriter’s garbage for a memento. “I have a life,” he says. “I don’t know the [catalog] numbers of all his records.” Still, his new 700-plus-page behemoth sure is detailed. Ever wondered how Sixteen Candles star Molly Ringwald falls into the Dylan canon? Well, wonder no more!

Gray visits the Rock Hall tonight to host an audio-video presentation in conjunction with the exhibit Bob Dylan’s American Journey: 1956-1966. “He changed everything,” says Gray. “He’s this singer-songwriter with a weird voice, who keeps coming out with extraordinary records.” The Encyclopedia includes entries on Dylan’s songs, collaborators, and videos (including 1990’s “Unbelievable,” which stars former Brat Packer Ringwald). “I wrote each essay as an entertaining essay in itself,” says Gray. “But I really don’t expect people to pick up the book and read it from cover to cover.”
Wed., Aug. 30, 7 p.m.