Showmanship Over Substance in 'Miss Saigon' at Playhouse Square 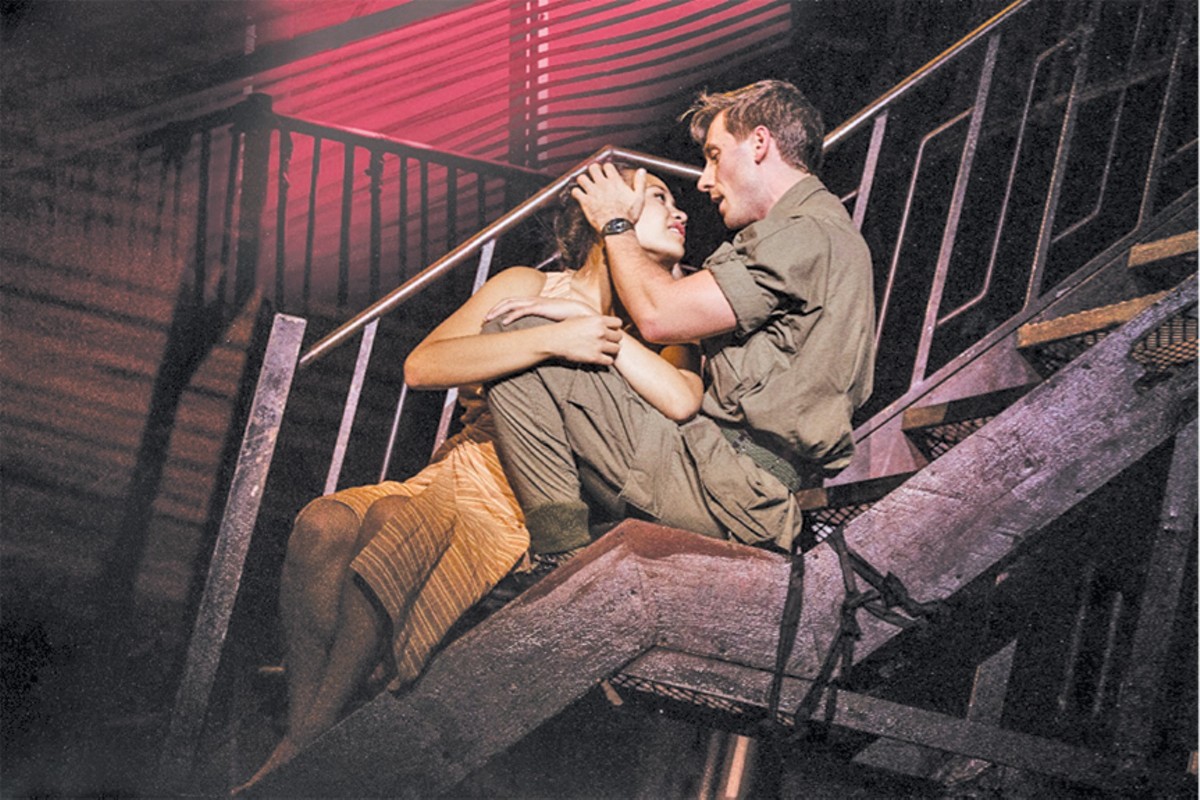 People often confuse the words sympathy, the quality of caring for and understanding another's feelings, and empathy, the ability to experience those feelings yourself.

Despite the stellar production values and cast, the characters and storyline in this touring production lack substance and depth. And in turn, audiences are left feeling only mildly sympathetic instead of further involved in what could have been a powerful, tour-de-force, tragic love story.

Miss Saigon first opened in 1989 and ran on Broadway from 1999 to 2001. The show received a Broadway revival in 2017, closing early 2018. Little changes were made in the revival that's now on its U.S. tour under the direction of Laurence Connor.

Imagine you are sitting down to hear a book reading. The narrator clears their throat, flips half-way through the book and begins the story.

This is what it feels like when the orchestra swells to life, the lights rise and Miss Saigon begins.

You are thrust into a narrative for which you have practically no context. Suddenly, you're in a nightclub in Vietnam. American soldiers are grabbing at Vietnamese sex workers who are selling their bodies in a desperate attempt to find an American willing to be their passport to the United States.

One of these women is Kim, a 17-year-old girl from the country who was recently made an orphan as a result of the war. After being pimped out by a man called the Engineer, the virgin finds herself in bed with Chris, who coincidentally appears to be the only soldier troubled by the acts of prostitution.

And just like that, Kim and Chris are declaring their adoration for one another — falling in love faster than a pair of doting Disney characters.

Just as quickly, the two are tragically separated, the war is over, and Chris is back in America and remarried. What follows is a tale of maternal love, a spurned lover seeking revenge, military chases and the constant quest for a better life.

While the characters and their relationships are not substantial or satisfactory, Miss Saigon is still quite entertaining thanks to fine performances and music, written by Alain Boublil and Claude-Michel Schönberg, the creatives behind Les Miserables.

The parallels between the two musical scores are plainly noticeable. The melodies swell and ebb in the perfect moments with a grandeur that will give you chills. Credit for this is also due to the orchestrations of William David Brohn, musical director James Moore and the cohesive orchestra under conductor Will Curry.

With lyrics by Richard Maltby Jr. and Michael Mahler, each song feels like an epic revelation, whether it be a confession of inner dreams, a declaration of love or an intent to kill.

These songs are handled well by the cast led by Emily Bautista as Kim. Her vocals are absolutely superb, her willpower strong and her undying connection to her loved ones undeniable. All of these qualities are best represented in the songs "The Money's Yours" and "I'd Give My Life For You."

One of the integral songs of the show is "Sun and Moon," the love ballad between Bautista and Anthony Festa, who plays Chris. Festa also has an incredible voice, making both this duet and "Why, God, Why?" standout songs in the production.

The Engineer is played by Red Concepcion, a true showman and performer. He embodies the character with the proper amount of sleaze, soliciting both amusement and distain from the audience.

Jinwoo Jung plays Thuy, the man Kim's parents intended her to marry before they died. Thuy's anger and need for vengeance after Kim breaks their oath of marriage is well-portrayed by the militaristic and passionate Jung.

Other fine performers are Stacie Bono as Chris' wife Ellen and J. Daughtry as his platoonmate, John.

The choreography consists mainly of dirty, suggestive gyrating by the sex workers and the impressive martial arts-inspired gymnastics of the Vietnamese soldiers, who are dressed in sequined lingerie and military garb, respectively, by costume designer Andreane Neofitou.

Totie Driver and Matt Kinley's production design creates a vision of Vietnam by constructing a central, hut-like structure adorned on each side by two balconies. When the story transitions to Bangkok, neon lights dominate the stage.

One of the most striking scenes takes place when Kim has a flashback to the day that Chris had to leave her suddenly in Vietnam. A helicopter has long been an iconic image in Miss Saigon, as past productions have used a real helicopter on stage during this scene. While bringing an actual helicopter on their tour probably wasn't feasible, the touring team brings the famous helicopter to life using impressive projections by Luke Halls and a convincing whirr of blades by sound designer Mick Potter.

It's all quite beautiful, and certain songs will capture your attention, but not long enough to forget that you're not quite sure why you should care about these characters in the first place.