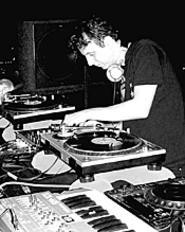 "Our music is both dark and playful," says DJ TLR, one of the co-headliners at Thursday's Bunker Records-Crème Organization's Winter Tour. "It teases and pleases the dance floor, without resorting to all-out mayhem and preset trance drum rolls."

The concert features dance-friendly mixmasters from Holland's overlapping Bunker and Crème collectives, whose continental European sounds tap Chicago house, electro, disco, and electronic body music. TLR co-founded the Global Darkness internet techno community in 1996. Underground jungle parties followed, until the music, according to the turntablist, "died a horrible death in drum & bass." After he took over the foundering Bunker Records, TLR reinvented it as the hub of a globe-trotting squad of commando DJs.

One of his first guests was Crème's Orgue and Legowelt -- respectively, a maestro of minimal, staccato, melodic sounds and an autistic technofunk prodigy -- who also work together as Macho Cat Garage. "Our shows consist mainly of nerds twisting knobs and doing esoteric things behind turntables and machines," says TLR. "With any luck, the audience will totally forget about them and lose itself in a bacchanal of sweating, dancing, and mating." TLR and crew spin at B-Side Liquor Lounge (2785 Euclid Heights Boulevard in Cleveland Heights) at 9 p.m. Tickets are $7; call 216-932-1966. -- D.X. Ferris

Down With Love
Passion pulls apart an Italian family.

In the Italian import Remember Me, My Love, a family -- perpetually on the verge of splitting into four pieces -- begins to tear and fray over a series of lousy love choices. Son Paolo pines for a girl whose primary interests seem to be getting high and torturing Paolo; daughter Valentina sleeps her way into a role on a popular TV show; mom Giulia, a fragile and budding thespian, hits on her gay director; and dad Carlo rekindles a romance with a former flame, played by a luscious Monica Bellucci. It's certainly melodramatic, but that's to be expected with a family this fucked-up. It's at the Cleveland Cinematheque (11141 East Boulevard) at 7:30 p.m. Friday and 5:30 p.m. Saturday. Admission is $8; call 216-421-7450. -- Michael Gallucci