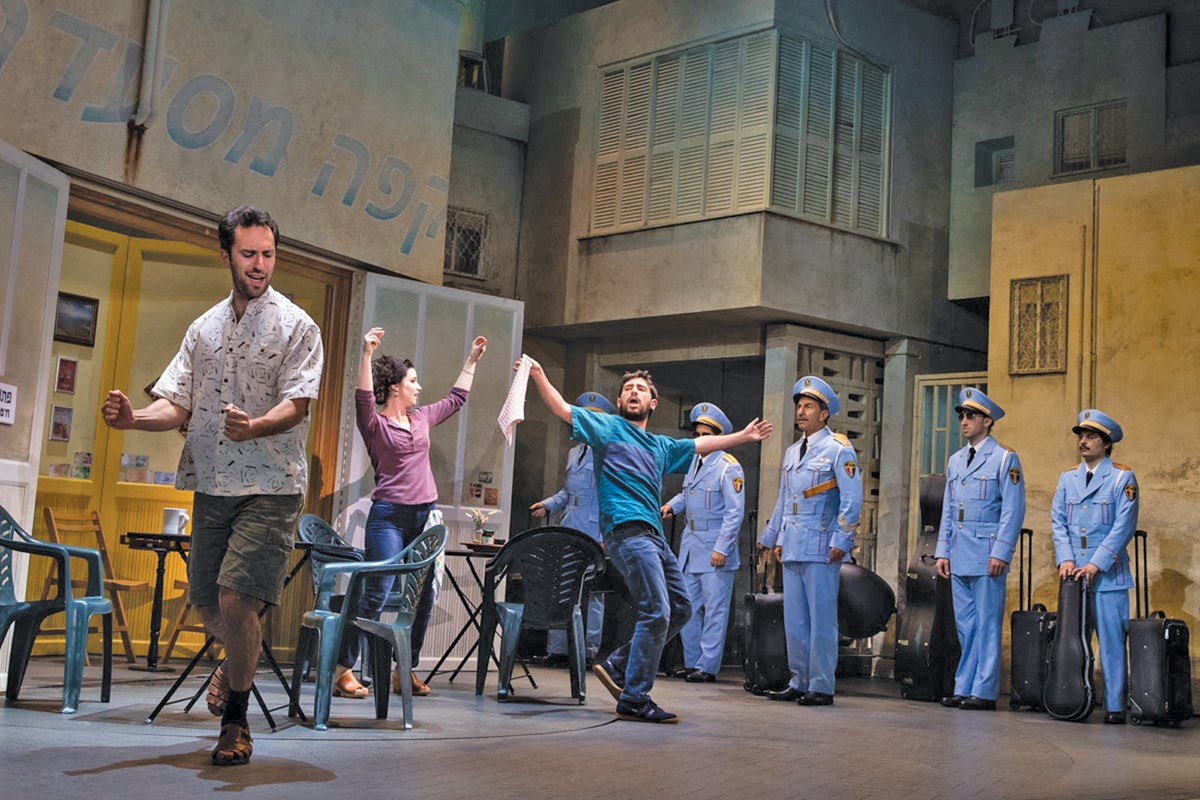 The Band’s Visit celebrates the small moments in life. Photo by Matthew Murphy

Through Nov. 24 at Connor Palace

When was the last time something you did was so fantastic it could be featured in a Broadway musical?

Unless you're a tormented musician terrorizing a Paris opera house, a Disney princess, a 19th-century French revolutionary, or a cat (be it lion or domestic), chances are that your life experiences don't necessarily overlap with the stories featured in Broadway's most popular musicals. That is until shows like The Band's Visit come along.

The story follows a group of Egyptian musicians who become temporarily stranded for one night in a small, unremarkable desert town in Israel. Many would classify this story as unexceptional and unimportant because of its absolute normalcy — but therein also lies its beauty.

The Band's Visit, a quiet slice-of-life musical, reminds us that the majority of our lives are not lived in ground-shaking events, but in small moments of human connection.

The Band's Visit was inspired by the 2007 Israeli film of the same name and is under the direction of David Cromer. With a book by Itamar Moses, the musical opened on Broadway in 2017, receiving both fantastic critical acclaim and 10 Tony Awards.

After a miscommunication, the Alexandria Ceremonial Police Orchestra becomes stranded in the practically desolate town of Bet Hatikva. Three cafe workers — Dina (the extraordinary Chilina Kennedy), a sultry and lonely woman; Papi (an endearing Adam Gabay), a man rendered powerless by his nerves around women; and Itzik (the charming Pomme Koch), a stressed new father — offer to house the band members until they can catch a bus to their destination the next morning.

What follows is 90 uninterrupted minutes during which members of the band spend time with the locals exploring the town, enjoying dinner and playing music. Unlike so many of the touring Broadway shows that pass through Cleveland, The Band's Visit is muted and reserved. The show is just an exploration of a single, realistic moment in time —but this is what makes it special.

The most prominent plotline exists between Dina and the band's leader, Colonel Tewfiq (the silent and solemn Sasson Gabay, who played the character in the film and spent time in the role on Broadway). As the two venture through Bet Hatikva, it becomes apparent that they're both lonely and longing for companionship, but Dina is far more desperate. An exquisite song shared between the two is "Something Different," where Dina explores her infatuation with Tewfiq.

Another beautiful song concerning love, "The Beat of Your Heart," takes place in Itzik's home, where his father-in-law Avrum (David Studwell) reminisces about his late wife. Band members Simon (James Rana) and Camal (Ronnie Malley) join in while Itzik's distraught wife (Kendal Hartse) is pushed to the limits with her husband. Their rocky relationship is further explored in the somber song, "Itzik's Lullaby."

Likewise, band member Haled (the charismatic Joe Joseph) shines in "Haled's Song About Love," where, in the local roller rink, he teaches Papi how to talk to women.

Yet one of the most impactful songs comes from a character simply named Telephone Guy (the eager Mike Cefalo), who stares at the town's public telephone every night waiting for his girlfriend to call. His end-of-show song, "Answer Me," is a culmination of all the characters' desire to find meaning in their lives.

Just as Patrick McCollum's choreography is understated and simple, David Yazbek's music swells to life naturally. Many of the songs aren't plot driving devices, but rather wisps of thought that populate and dispel as effortlessly as one breathes in and out. The same can be said for Tyler Micoleau's lighting design, which fluctuates between harsh and soft with ease.

The setting is reflected in Scott Pask's scenic design, where easily rotatable, tan and sand-colored set pieces create the run-down outdoor and indoor locales of Bet Hatikva. In many grand musicals, the horizon in the background appears expansive, but Pask has taken an angular approach. His set appears like a box, with a solid back wall. This both gives the show the feeling of intimacy it deserves and helps accentuate the major theme that the characters feel trapped and limited in their desert town.

"Once, not too long ago, a group of musicians came to Israel from Egypt. You probably didn't hear about it. It wasn't very important."

These self-deprecating lines are projected to the audience seconds before The Band's Visit begins. And yes, in the grand scheme of things, the story wasn't important, but this production is. With delicacy and grace, The Band's Visit teaches us that not every story worth telling needs to be of epic proportions. The quiet moments in which we live the majority of our lives can be just as beautiful.