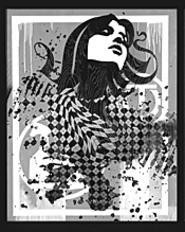 Although FashionWeek-Cleveland 2005 actually started last week, it was just a warm-up to the next three nights, which showcase the city's biggest and best designers. Tonight's Myley Show at Aboard the Yacht Majestic (1180 Main Avenue) features new designs by Kent State University grads Patience Myricks and Keisha Redley. Tomorrow's Ultra Modä -- The Latino Fashion Show at Modä (1871 West 25th Street) includes "fashion-forward attire" inspired by Latino culture. And Saturday's Cleveland Fashion Show at the Club at Key Center (127 Public Square) is a black-tie affair that highlights the year's best local designers and their work. Admission ranges from $25 (for the Modä event) to $60 (for Saturday's soiree). Call 216-771-9118 for more info.

Organizers behind the Cleveland Botanical Garden Flower Show (which opens today) would like to make one thing clear: Their gathering is an all-inclusive garden show, not just a flower display. To make the point, this year's theme is "The Garden as Art," in which paintings, sculptures, and ceramics collide with all sorts of leafy items. With 10 acres featuring more than 30 awe-inspiring and envy-generating landscapes, this is the nation's largest outdoor flower show. Tips, lectures, and competitions round out the festivities, which run from 10 a.m. to 8 p.m. through Monday at the Cleveland Botanical Garden, 11030 East Boulevard. Admission is $20, $16 in advance, and $6 for kids; call 216-721-1600.

Sure, there's a bigger rib festival going on at Tower City Amphitheater this weekend (see "Sweet and Sour," right), but the Berea National Rib Cook-Off offers plenty of live music and spicy slabs of meat without the downtown hassle. Fifteen national rib teams bring the eats; Cruisin', Pat Dailey, Haywire, and others bring the noise. A classic car show, kids' activities, and a mechanical bull (perfect after downing a half-slab of ribs!) round out the action. It happens from 11 a.m. to 11 p.m. today and tomorrow and 11 a.m. to 9 p.m. Monday at the Cuyahoga County Fairgrounds, 164 Eastland Road in Berea. Admission is $5 today and tomorrow, free Monday (kids under 12 get in free all days). Call 440-234-5181 for more information.

At Dr. ZooLittle's Wild Animal Show, opening today at the Cleveland Metroparks Zoo, furry critters do their thing (run around, burrow, etc.), while the eponymous doc, Jim Nemet, fills folks in on their behavior and how it relates to preventive health care. "I enjoy working with all the animals, even though I have on days and off days with them," says Nemet, who multitasks as the show's trainer, vet, and sole human performer. Foxes, sloths, and vultures are among the fuzzy and feathered stars. "It's all natural behavior that the animals are trained to do on cue," adds Nemet. "The animals pick it up pretty quick. If they do it on cue as I want, I give them positive reinforcement, whether it's food, a scratch, or a toy. If they don't do what I ask, I write them out of the show and put another animal in." Performances are at 11:30 a.m., 1:30, and 3:30 p.m. daily through September 5 at the zoo, 3900 Wildlife Way. Admission to the zoo is $9, $4 for kids. For more information, call 216-661-6500.

With the unofficial start of summer tomorrow, the Children's Museum is doing its part to prepare kids for the warm-weather months by slipping a workout into its Healthier Ever After exhibit. It's set up like a fairytale forest, but as kids make their way through interactive displays (like Stretching Station, Move & Groove Meadow, and Coordination Cave), they're actually getting in shape. Shhh! Don't tell the little ones! Healthier Ever After is at the Children's Museum of Cleveland (10730 Euclid Avenue) through October 31. It's open from noon to 5 p.m. today and 10 a.m. to 5 p.m. Tuesday through Saturday. Admission is $6. Call 216-791-7114 for more information.

There's a shared sense of streets-inspired minimalism running through the work of the pair of artists featured in 1300 Gallery's Pound and a Bear Hug II -- A 2-Person Exhibition by Bask & Tes One. Cribbing from old-school guerrilla graffiti and even older-school propaganda posters, Bask and Tes One (close friends for the past decade) don't bother to bury the political messages of their pieces. The paintings, prints, and installations depict ravaged cityscapes and are emblazoned with such slogans as "Bask in Your Thought Crime." Pound and a Bear Hug II is on view through June 17 at 1300 West 78th Street. Hours are noon to 5 p.m. Monday through Friday. Admission is free. Call 216-281-4868 for more information.

When Roberto Rossellini made Open City in 1945, the story of an underground resistance group's struggle against an increasing Nazi presence in its town was a little too close for comfort. The film -- generally considered Italy's first neorealist film -- was shot in Rome while the city was indeed occupied by Nazis. Rossellini and his cast and crew worked under clandestine conditions; real Romans and prisoners of war were used as extras. The result is a work that carries narrative cinema from the secure confines of the studio into the perilous streets. Open City is at the Cleveland Cinematheque (11141 East Boulevard) at 3:35 p.m. today. Admission is $8; call 216-421-7450.