What's Mine Is Theirs 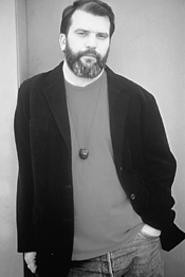 Hard-core troubadour Steve Earle, Tuesday at the Allen Theatre.
Rock stars and their causes -- the starving Africans, the rainforest. The list goes on and on. Add to it the anxiety over land mines left over by mobile warriors in war-torn nations. But this latest bunch of seemingly self-canonizing musicians just doesn't feel as self-serving and ego-driven as its predecessors. Maybe it's because the movement is led by a small, dedicated group of musicians that lies on the fringe of actual rock stardom. Or maybe because the artists involved have logged more time for the cause than just a few hours in the studio, laying down a vocal track.

A Concert for a Landmine Free World, happening at the Allen Theatre on Tuesday, December 4, features several of those devoted artists, including Steve Earle, Emmylou Harris, Mary Chapin Carpenter, Bruce Cockburn, Patty Griffin, and Nanci Griffith. "Nobody's for land mines," says Earle. "This really isn't a tough cause. It's a cause that anyone can respond to. Even military people aren't for land mines; they just don't want to set the precedent of giving up a weapon system."

In keeping with the solidarity theme, all of the singer-songwriters are onstage simultaneously, each accompanying the others on sets of their respective songs. Despite some of the polemics bound to share the stage with the music (Did you know that the majority of land mines are made in the U.S., although most are deployed in poverty-stricken third-world countries?), "it's a very, very entertaining show," says Earle.

"The toughest part is to keep from picking your nose when you're not playing."

The group is performing six U.S. concerts this season before heading overseas for a handful of shows early next year. In 1999 and 2000, it did a week's worth of concerts, which were pulled together for an album released earlier this year. All benefits go toward the Vietnam Veterans of America Foundation's program assisting global victims of leftover land mines. "Music and issues have never been separate to me," says Earle, a vocal opponent of the death penalty. "Everybody picks the cause that is most important to them. [With this] I learned a lot about a whole other level of activism.

"And what's wrong with people who feel they've been more fortunate than others trying to put something back? I don't understand that. Cynicism is just an excuse to sit on your ass. People that are intelligent enough and have the resources and money, in order to keep from doing anything other than spending their money at the Gap, become cynics and make fun of people who still believe in something."

And with recent events, he says, "This is going to be an ongoing issue for a long time. We don't want people to forget and to think that it's done, because it's not."