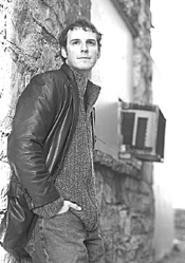 Erstwhile Jangler Jason White returns to Cleveland Friday with some new songs.
Nashville-based singer-songwriter Jason White -- who led Cleveland power-poppers the Janglers in the late '80s and early '90s -- was all set to release his first solo album in 1998 when his record company cleaned house and forgot about him. When he finally got around to recording some new songs in 2001, the CD, Shades of Gray, hit the streets two weeks after September 11, and the nation wasn't in the mood for yearning roots-rock tunes about life and love in the sometimes-harsh U.S.A.

So White's keeping his fingers crossed for Tonight's Top Story, another collection of twang-filled songs about American dreamers, and he isn't sure what to expect this time around. "We're hoping nothing super-terrible happens," he laughs. "Hopefully, it will be smooth sailing."

The past decade has been anything but. After disbanding the Janglers, one of the city's most popular bar bands, in 1993, White hit Nashville's club circuit. He hooked up with Viktor Krauss -- country star Alison's brother and Lyle Lovett's longtime bass player -- and recorded an album for Universal. Then the company went through an industry-rattling shakeup that left many established artists without contracts and rookies (like White) with nothing. "I went into the black hole of major-label hell," White, 37, sighs. "The label had a new face by the time we finished the record. Nobody knew who I was. They still own the master recordings. The whole record is sitting in a vault at Universal.

"But it wasn't long before every singer-songwriter I met [in Nashville] had the exact same experience. It's a drag, but it's the most common story."

White and Krauss regrouped and recorded Shades of Gray. "We had a nice tour going, and radio stations were on board, playing the record," he recalls. "But 9-11 [stopped] everything."

Still, one of its songs, "Red Ragtop," was chosen as the lead single for Tim McGraw's 2002 CD. It went Top 5 country. It should've gone all the way to No. 1 (as McGraw's singles often do), but the song's narrative -- about a young couple who abort their unborn child -- turned off country radio's conservative fan base. And White soon found himself in the middle of a censorship storm, which landed him a prime-time spot on CNN (where he defended his song) and a buzz-worthy reputation among Nashville's elite. "I flouted the rules, and people were saying, 'This is the kind of stuff we should be doing,'" he says. "It was a lot of fun being the controversy of the moment, and it was exciting having a Top 10 single. It was also very lucrative."

White says he's glad to be in control of his career again. Tonight's Top Story is a little more daring than its predecessor ("We wanted to be more creative with the production and have a little more fun with it," he says). And while he has gotten nibbles from some of country's top artists, he prefers singing his songs himself. "I'm just moving the whole thing along," he says. "I'm just trying to make records the way I want to make them."