Getting in touch with Mesoamerican religion and science.

Send a News Tip
Dr. Anthony Aveni, "Stairways to the Stars: Skywatching in Ancient Mesoamerica" See Readings and Lectures for details on the lecture K'inal Winik 2000 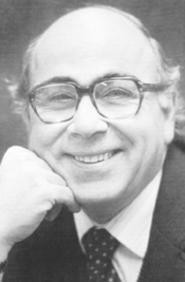 Dr. Anthony Aveni.
Popular history teaches us that, when the Spanish landed in Mesoamerica, they encountered a highly superstitious culture that thought them gods, allowing the Spanish to smite the natives in the name of civilization. Dr. Anthony Aveni of Colgate University has a slightly different view, which he will present in his lecture "Stairways to the Stars: Skywatching in Ancient Mesoamerica", Friday night at the Cleveland Museum of Natural History.

"We have a tendency to think of all people, other than ourselves, as superstitious and fatalistic," Aveni elaborates. "It's more complicated than that. We're at a loss to try and understand their way of thinking."

Muddying the waters is that, to Mesoamericans -- and the Mayans specifically -- science and religion were not two divergent schools of thought. The Mayan belief that what happened in the sky correlated to what happened on earth made them not only avid astrologers and soothsayers, but scientists with a highly advanced calendrical system and culture.

"The real storyline for me is that people can create these elaborate scientific systems based on being driven by religion," Aveni says. "It's a belief that we can make an impact on the universe that drove them to make these very precise observations. It demonstrates to me that it isn't the same sky, that somewhere between eye and brain lies culture."

And despite the assurances of what Aveni calls "Spanish propaganda," that culture was not wiped out. Starting Thursday, Cleveland State University will host K'inal Winik 2000, a week-long festival of Mayan art and culture. One of the themes of this year's event is the Mayan calendar and how it was used in daily life and ritual celebrations -- and is still being used today in countries such as Guatemala.

"We're really not that different," says Aveni. "We desperately want to make an impact on the world around us -- we want to participate in the way nature changes. These omens that came from the sky were believed to affect us, because we are part of a living universe. What we have lost is a more intimate contact with the universe."

Such new-age musings are hardly what you'd expect to come from a man who holds two chairs at Colgate, but like the Mesoamericans he studies, Aveni doesn't see the concept as so unscientific. "I think that's why a lot of people don't like science," he admits. "They don't see it as giving them anything other than a very dismal universe that, if it had a beginning, it was an explosion, and if it's going to have an end, everything's going down a black hole. Well, that's pretty pessimistic, so we've lost something.

"I still like to look at the stars," Aveni says. "When I look up now, I think more about seeing it through different eyes than I used to."