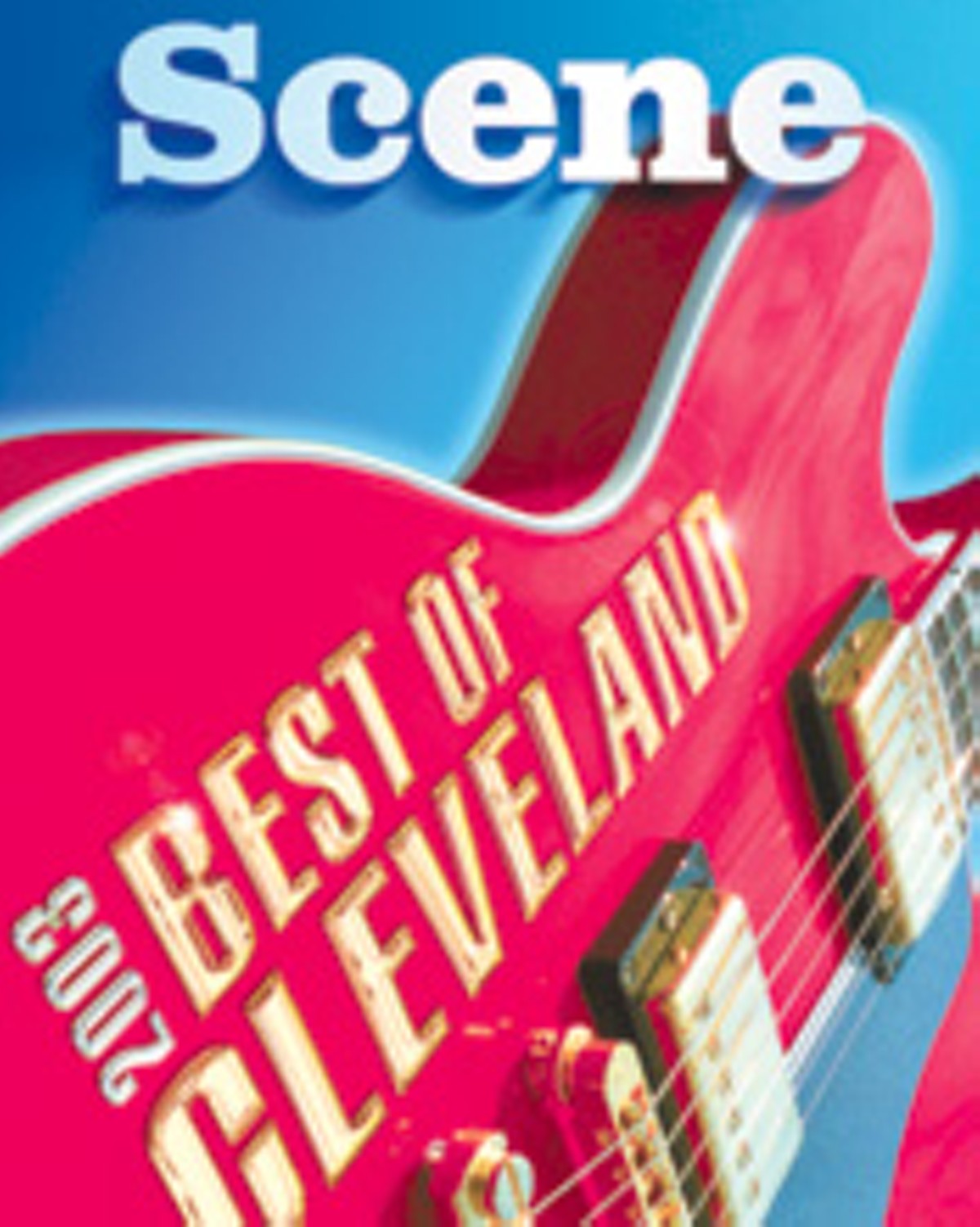 Best Place to Buy a Sack of Weed: Ansel Road, off MLK

For the most part, marijuana is marijuana, but unfortunately you can't pick it up at your Seven-Eleven just yet. If you're looking to cop a bag of the sticky-icky, then Ansel -- a stretch of road just west of Martin Luther King on Cleveland's East Side -- is your one-stop. From primo to wet and everything in between, you'll get a contact high just cruising down the street. Did we mention that buying, selling, or smoking marijuana is currently illegal? Yes, seems like we should (cough) mention that somewhere around here.

There's something sexy about Tim White, the evening anchor at Channel 3. It's not really his looks -- he's attractive, without being gorgeous -- or his voice, which is relatively bland. It's pure intelligence. This is a man with a Ph.D., a host of awards for making documentaries, and a post as a brigadier general in the Air Force Reserve. Yes, that's a general. With all White's life experience, we don't think we're imagining the knowing twinkle in his eye when he launches into a particularly stupid segment: He's too good for this, and he's smart enough to know it.

If you prefer your literature served in giant hunks of modern architecture, Lakewood's library will disappoint. But for true bibliophiles, there isn't a better place to get a fix than within these stacks. So plentiful are the books here that the Borders of the world steer clear of the entire near West Side. There's a sprawling nonfiction section, a mammoth children's room, and plentiful alcoves that give sanctuary to reading introverts. The librarian's picks almost always hit the spot. And if it all seems overwhelming, seek out the reference desk, staffed by kind-hearted oracles who know the answer to your question before you ask it.

After Claire Van Ummersen's undistinguished presidency, Cleveland State was encouraged to recruit a high-wattage star. Names like Dick Celeste and Mike White were discussed. But instead of going for glamour, the university lured Michael Schwartz, who led Kent State in the '80s, out of semiretirement. It was the right choice. A self-described mechanic among hood ornaments, Schwartz recognized immediately that CSU had become a mere finishing school for Tri-C. He has roused the university from its bunker mentality, encouraging higher standards, a livelier campus, and greater interaction with the city.

He's also been a feisty critic of pea-brained state legislators who balance budgets on higher education's back. Schwartz has even challenged Ohio Student Choice Grants, a cake-eater handout that gives $1,038 scholarships to residents enrolled in private colleges. By awarding the grants without regard for need or merit, the state might as well hand out checks to random mall-walkers.

Best Evening Stroll for Glimpsing the Homes of the Bourgeoisie: Lakewood

We know what you're thinking: Lakewood? And we'll admit that the houses in Cleveland Heights and Shaker may be a wee bit grander. But neither of those enclaves can boast a backdrop as wondrous as Lake Erie, home of the soul-stirring sunset. Venture out for a twilight walk along Lake Road (not Lake Avenue) near Webb Road to sneak a peek at how the haves live: Light pours from the mile-high windows of sprawling colonials and Tudors, massive edifices that'll make you wish that you, too, had become an investment banker. Beyond looms the lake, seducing dreamers and schemers alike with its aura of possibility. It might be Lakewood, but it feels like East Egg -- the kind of neighborhood where Jay Gatsby would settle, if Daisy Buchanan lived across the water in Blenheim.

As twin vocalists for Kiddo, Christian and Liz (pictured) harmonize like Sonny and Cher, sans the polyester and bad hair. The interplay between them fuels the band's effervescent pop, resulting in a sound as giddy and head-spinning as love itself. Find out on your own, with Kiddo's winsome self-titled debut (on Michigan's Drive-In Records) or at its frequent Beachland/Grog Shop gigs. And wish the couple well -- we're all better off when they're together.

Erica's striking looks are defined by her flowing auburn hair, blue eye shadow, and spicy-pink lipstick. She won the Miss Big & Beautiful National Pageant in 1996, and she's since become a popular host of many beauty contests, including this year's Miss Ohio Continental Pageant. The "house diva" at the Grid/Orbit, Erica hosts its Tuesday-night "Star Gaze" talent competition. The club even named a drink after her: the exotic Erica Martini, a mix of vodka, blue curaçao, and pineapple juice. Order it with rocks -- or without.

Perched on the far western edge of the Flats, grittily cheerful Major Hoopple's is a favorite bar among older blue-collar workers and younger social climbers alike. Its charms are obvious: good food, a low-key vibe, and great blues. But it has an added perk more common to overpriced restaurants than low-rent taverns: a view to kill for. A window behind the bar reveals a downtown skyline so glittering, so romantic, you'd think you were dreaming. Or maybe just drunk.

Best Display of Voter Wisdom: Parma Residents Who Said "Yes" to Fire Levy, "No" to Cops

It was a bad spring for Parma cops to show up on a ballot. In March, The Plain Dealer detailed the department's pervasive abuse of sick leave and overtime. Some greedy cops, the paper showed, were able to manufacture six-figure incomes under the noses of their incompetent supervisors.

A few months after the scandal broke, the police were in the unenviable position of having to ask voters for a $1.8 million levy. Rightly, Parma voters told the cops to get bent. But the electorate didn't color outside the lines and punish the city's firefighters, who also had a $1.8 million levy on the ballot. The fire levy passed.

In review: People are basically generous. Until you steal their money. Then they hate you.

No one gets around like Reverend Tim, the Speedy Gonzalez of pro psychics. A certified medium with 30 years' experience, he's an immensely popular presence at psychic fairs, home parties, and special events throughout Northeast Ohio. His upbeat attitude, gentle manner, and shock of silver hair make him irresistible to his legion of women fans, and men seek his counsel because he's such a regular guy. With no apparent need for sleep, Rev. Tim is a tireless worker and nonstop traveler, who keeps his cars going for hundreds of thousands of miles by giving them regular reiki-energy treatments. As for Rev. Tim -- well, he's clearly fueled by a higher power.

Best Place for a Last Date: The Bop Stop

Last dates should be poignant. If you're going to dump someone or be dumped or even just leave town, you need to summon a certain level of panache. And for that, the Bop Stop is perfect. The West Side jazz club, which moved from the Warehouse District to Detroit Avenue this year, has a sleek sophistication, a spectacular view of the lake, good food, and of course, great jazz. Best of all, patrons are strongly encouraged not to talk during performances -- perfect for meaningfully sad glances and leaving things unspoken, which is the only way to survive a last date with dignity anyway.