Best Tweet of the Year: "Sorry we're screwing up your traffic, Cleveland! You've been a very gracious host." [email protected]

Captain America: The Winter Soldier opened in early April and the blockbuster movie is already raking in hundreds of millions of dollars for the studio. But nearly 11 months ago, the movie was filming in Cleveland and most likely screwed up your commute, causing you to curse out whoever agreed to shut down the Shoreway and parts of downtown. It may not have gotten you home any quicker when Captain America star Chris Evans sent out the tweet at 4:46 p.m. on June 2, but a little acknowledgment of the problem went a long way.

Staff Pick: Anything from Kelly Blazek 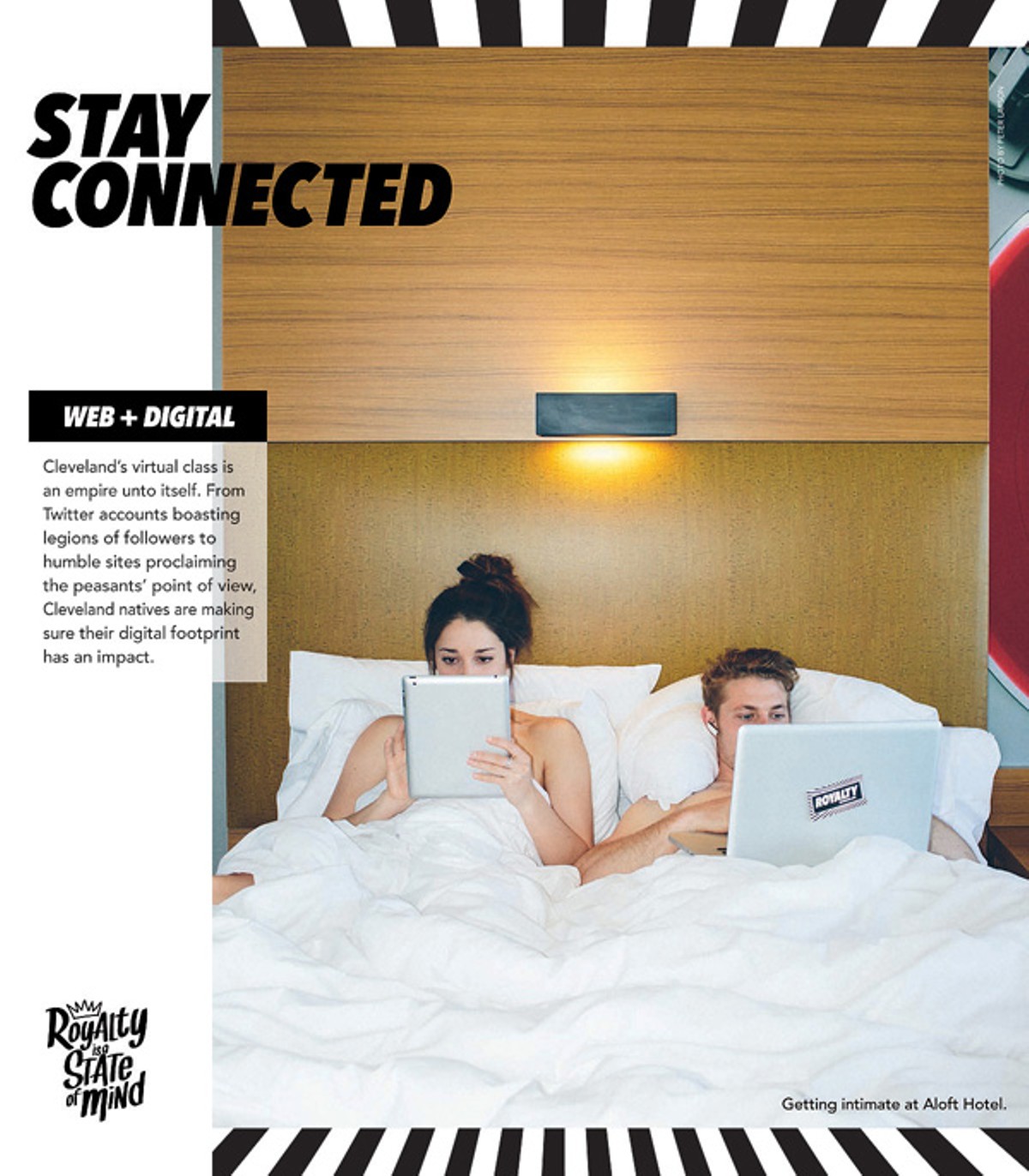 He's doing the lord's work, some have said: Scouting every single bar in bar-heavy Lakewood. Sam Bridgeman, at the game since 2012, has drunk the finest drinks that city has to offer. In the author's own words: "I've lived in Lakewood nearing a decade now and have a long list of bars I want to go to. A conversation with my wife on this very subject went from 'I need to go to all these bars' to 'I need to go to ALL the bars!'" We couldn't agree more.

Cleveland is the rock capital of the universe — we have the building to prove it, after all — and Cellar Door Cleveland does that tradition proud on its site, which catalogs just about anything a music fan wants to know. Record reviews, show reviews, interviews, rankings, videos and more are updated every week to give a fresh glimpse into what's happening locally and nationally, not just in music, but film, comedy and the arts. A few weeks ago, for instance, Cellar Door put together a compilation of essays from more than a dozen local folks on the topic of the record that changed their life, all tied into Record Store Day. And don't forget: Cellar Door is also a top-notch record label and happens to throw one badass local music festival — Cellar Door Rendezvous, which will turn three next year.

1. Guy's got a nice conversational tone to his prose, which has kept readers coming back to him for decades — both for sports commentary and faith-based perspectives.

2. The Chicago Tribune once called him "perhaps the best American writer of sports books," which is nothing to sneeze at.

3. "I'm not afraid to look simple, because one of the best compliments people give me is that I'm easy to read. They like notes. They like the popcorn," he told us last summer.

4. In a town hellbent on sports coverage, Pluto distinguishes himself from the rest of the pack with a sharp writing style and a kind eye for the vivid life within box scores. For that, we thank him.

Once again, readers piled on votes for Scene here, and we thank them, but plenty of votes also swung toward Cool Cleveland. Thomas Mulready, noted hat enthusiast and plugged-in culture guy, created Cool Cleveland lord knows how many years ago, and for many, it's still a weekly go-to for the latest events in the arts world. Itching for some theater? Wanna catch a classical concert? Looking for something juuuust a bit different that the family can enjoy together? Mulready and crew probably have just what you're looking for every week.

Best Facebook Page to be a Fan Of: Wicked Sugar Fashion Jewelry & Accessories

The votes came filing in and they didn't go to, say, Fox 8, which has some hundreds of thousands of likes on Facebook. And they didn't go to Positively Cleveland or some rah-rah online arm representing Cleveland optimism. They came in for Wicked Sugar Fashion Jewelry & Accessories, a small store in Strongsville, locally owned, where you can find snazzy pieces to complete your wardrobe. One look and you can see why their fans came out in droves — frequent interaction, updates on inventory, regular sales and a friendly voice go a long way toward getting the community to support your local business.

Michelle Venorsky loves to eat. We mean she really loves to eat. And that's why the creator/writer of the locally based food blog Cleveland Foodie is so top notch, and why she's parlayed her blog's success into a gig with Cleveland.com. Not only are the pages crammed with chef interviews, restaurant reviews and dozens of recipes from the area's top restaurateurs and cooks, but it's also dripping with the passion of one woman who truly loves what she does.

#CLE trumps all other Cleveland-related hashtags because, with just three characters, it's straightforward and to the point and a clearinghouse for local information. But it's more than just a social media hashtag to readers; #CLE is a feeling, it's a movement that encompasses the unique Clevelandy Clevelandness about Cleveland, and people are really excited to get Clevelanding at any chance.

Crocheting isn't exclusively reserved for scarves or sweaters anymore — it's also a terrific medium for jewelry. And the Hook and Pattern creations of Ohio-based artist Sarah Ivancic boast a painstaking attention to detail with the tiniest crochet stitches we've ever seen. All of her earrings, bracelets and pendants are utterly unique and made exclusively by hand from sterling-plated, gold-plated or brass wire.

A sleek design and a smart concept, Unite This City is this year's winner for best locally developed app. It's $10 per month to be a member, and members get mobile "giftcard" discounts to Cleveland-area restaurants, businesses, and entertainment venues (members also get a chance to win prizes every time they "check in" at one of those spots, and UTC gives a cut of money to local charities). The iOS and Android app uses your phone's location data to show deals around you, but you can also search for businesses and events and save your favorites while exploring the city on a budget.