Eminem Gets This Whole Web Thing 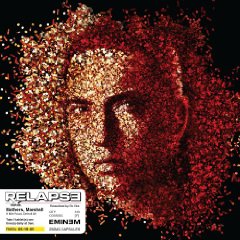 Eminem is getting serious about promoting his new CD, Relapse, which comes out on May 19. It's his first album in five years, and much is riding on it — especially Em's career. Five years is a long time in the music biz; it's even longer when you're a rapper.

The album's first single, "We Made You," is a blah pop-culture walk-through where Em whines about being a star. You know, his usual stuff.

So Slim Shady's hitting the Internet from all directions. There's Popsomp Hills Rehabilitation Center, whose website plays on the album's rehab theme. There's also a reference to the single in the site's "We Remade You" slogan. (Say Pompsomp Hills real fast to get the joke).

Dig around the Popsomp Hills site. There's some neat things going on. Hopefully Relapse will be half as clever. —Michael Gallucci