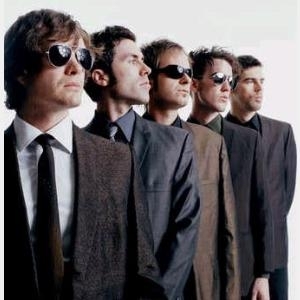 The Grog Shop turned into a house party on Friday night. And the charismatic disco/rock, Detroit based sextet Electric Six were more than eager to host the splendid soiree.

But the 6 weren’t ready to stop there. They decided to make things slightly more interesting and corralled slices of their songs into clever medley-fueled joyrides. “Nuclear War (On the Dance Floor)”, “Improper Dancing” and “Danger! High Voltage” never sounded so good.

The crowd's stamina was infectious while the band kept rocking away. And the set list just kept hopping the coolness factor.

Electric Six quickly wrapped up the night with a subtle seduction from their new album, which is due in October. And by the looks of things, fans are eager to hear the new tunes. Until then, the band plans to keep rockin’ them live. And that’s a very good reason to dance improperly! —Hannah Verbeuren

Jump to comments (0)
Tweet
Email
Print
Share
« Photo Show: The Dears and Eulogies…  |  Shows You Should See This Week »