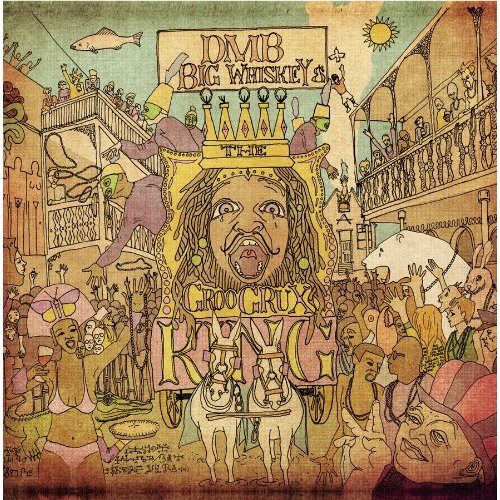 Dave Matthews Band's new album, Big Whiskey & the GrooGrux King, comes out today. The review will run in next week's Scene. But you can read it now.

For a band that harnesses so much energy onstage, the Dave Matthews Band studio experience has been exceedingly bland and lifeless over the past decade. Albums like 2001’s Everyday and 2005’s Stand Up sounded like a great jam band on the decline, directionless, passionless and losing the ability to perform as a unit without a stadium full of ravenous fans fueling the group’s fusion of pop, jazz and rock music.

Finally, on their first full-length in four years, DMB have recaptured that earthy and innovative alt-pop sound they made famous in the ’90s. Big Whiskey & the GrooGrux King is a 13-song set of focused and sophisticated polyrhythmic grooves, bursting with instrumental virtuosity and energy.

The album pays tribute to founding member and saxophonist LeRoi Moore, who died last summer after an ATV accident; he’s the “GrooGrux King” of the title. A slow sax solo called the “Grux” is the album opener, leading the five-piece into the fiery, frat-boy funk of “Shake Me Like a Monkey,” their most raucous single since 1996’s “Too Much.”

More so than any album before, Big Whiskey balances that great DMB free-form rock sound (“Why I Am” and “Spaceman”) with deeper emotional chords that connect (“Funny the Way It Is” and “Dive In”). They even venture into new territory with the brooding symphonic bombast of “Squirm.”