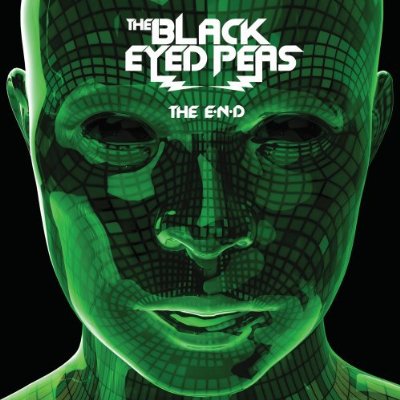 The Black Eyed Peas' new album comes out today, and we predict it's gonna be super huge. Seriously — have you gone a day in the past two months without hearing "Boom Boom Pow"? A review will run in next week's Scene. In the meantime, here's a sneak peak.

The party never ends for the Black Eyed Peas. Cue the club music, pan to the crowded dance floor, program elaborate dance choreography, sequence cheesy digitized vocals (with catchphrases like “Rock that body”), and you realize hip-hop’s most homogenized hitmarkers have returned with another great party mix, their first studio album in four years. The acronym for this newest hit record stands for “the energy never dies.” The 15 tunes on The E.N.D. are exactly what you suspect from will.i.am, apl.de.ap, Taboo and Fergie: ultra-polished club rap canned for mass production by the usual record-company marketing machines — but this time it’s faster, more futuristic and even cornier.

Let’s face it, the Peas have already made this decade’s two most embarrassing rap singles — “My Humps” and “Let’s Get It Started” — but that doesn’t faze the foursome. Why should it? They’ve sold more than 15 million records and will continue to make the same daffy dance hits, more hyper-produced rap singles and even bigger crossover music for people who apparently are still buying CDs (and who watch a lot of TV and shop at Wal-Mart). This time, it’s all bouncy and bright dance-rap like “I Gotta Feeling” and “Meet Me Halfway.” It’s full of the same shameless lyrics (“A phone go ring-a-ling ling, and the girls want ding-a-ling ling”), smothered with these synthetic sci-fi Euro beats.

Fergie captures it best. As the real star of the band now, after 2006’s hugely successful solo effort The Duchess, she sings, “If we could party all night and sleep all day and throw all of our problems
away, my life would be so easy.” It’s all very sublime and ridiculous, but it’s a formula that works exceeding well for hip-hop’s ultimate party crew. —Keith Gribbins

Jump to comments (0)
Tweet
Email
Print
Share
« This Just In: Concert Announcements  |  Money Where Your Mouth Is: Silent F… »