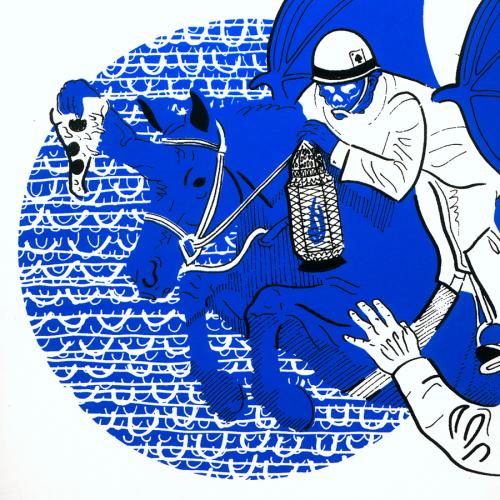 Cleveland indie/punk-rock luminaries This Moment in Black History and Child Bite will release a split 7-inch EP on Friday at the Grog Shop. (A 7-inch is a little vinyl record, folks. We read that vinyl is the new hot thing, so you should totally go.)

The TMIBH song is called “It’s Everything We Do.” It’s three minutes of drum-driven aggro noise-rock. The band recorded it specifically for this split, which is being distributed by Chicago’s Forge Again Records. The group is nearly ready to unleash its third full-length album, Public Square, which they recorded last summer in Cleveland’s Zombie Proof studio. It’ll be another old-school release.

Says frontman Christopher Kulcsar, “Due to the economic downturn, we will we soon be self releasing Public Square on our own label, Snax Records and Tapes. This will be a limited cassette-only release, and these will also come with Buck Rogers-style download coupons free in every box. This will be available on our upcoming East Coast Week/Weak tour in July.”

The show starts 9 p.m. For the first 50 aficionados through the door, your $8 admission includes a copy of the blue vinyl disc, which is a limited pressing of 500 copies. It also includes, according to Kulcsar, “free download thingies.”

Opening the show will be Friendly Foes and Megachurch, the suddenly-omnipresent arty trio that just rips shit up. —D.X. Ferris