What To Do Tonight: Goatwhore 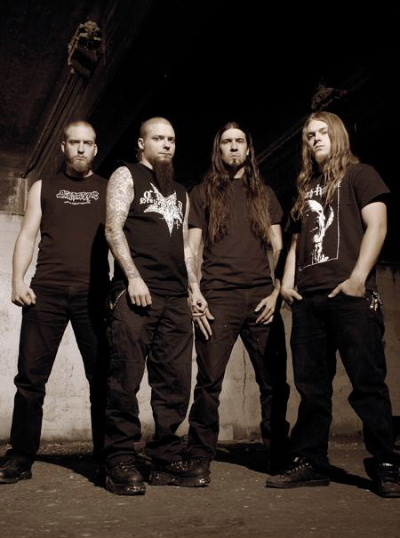 It’s taken New Orleans thrash-metal quartet Goatwhore a dozen years, but it’s finally put out a focused record. Their fourth album, Carving Out the Eyes of God, may not sound all that original, but it is engaging from start to finish. Guitarist Sam Duet formed the band in 1997, following the demise of acclaimed sludge kings Acid Bath. He quickly recruited ex-Soilent Green singer Ben Falgoust II. Since then, they’ve toured, toured and toured some more, developing an underground reputation. Duet still cites early black-metal bands as influences, but the new album’s crystal-clear recording and fairly technical playing further divorces the band from that scene. Carving Out the Eyes of God’s best moments contain memorable riffs and mature songwriting. Gone are the cut-and-paste riff-o-ramas, replaced by — gasp! — verses and choruses, as well as some blazing leads. Sometimes the fourth time is a charm. Tech-death gurus Berzerker and thrash 2.0 prodigies Warbringer kick things off at 8 p.m. at the Pirates Cove in Peabody’s (2045 E. 21st St., 216.776.9999, peabodys.com). Tickets: $10 advance, $12 day of show. — Nick DeMarino

Tags: cleveland concerts, what to do tonight, goatwhore