What to Do Tonight: Guster 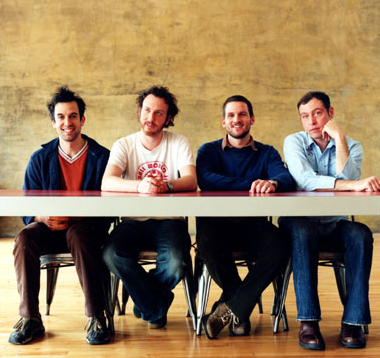 It’s been 18 years since the three guys who formed Guster met during their freshman orientation at Tufts University. From their indie beginnings as a two-acoustic-guitar-and-bongos folk-pop outfit to their major-label signing to the addition of multi-instrumentalist Joe Pisapia as a permanent member in 2003, Guster have cultivated an almost personal relationship with their fan base. They were among the first bands to enlist fans as a street team for promotion, selling 10,000 copies of their first two self-released albums almost completely by word of mouth. On its latest album, 2006’s Ganging Up on the Sun, the quartet expands both its studio approach and lyrical focus, resulting in its most politically pointed record. Guster’s current tour celebrates the 10th anniversary of their third album, Lost and Gone Forever, but they may test out material from their unreleased and untitled sixth CD, which is reportedly inspired by the guys’ other gig as parents. The show starts at 8 p.m. at House of Blues (308 Euclid Ave., 216.523.2583, houseofblues.com). It’s sold out. — Brian Baker

Tags: what to do tonight, guster

Speaking of What To Do Tonight, guster