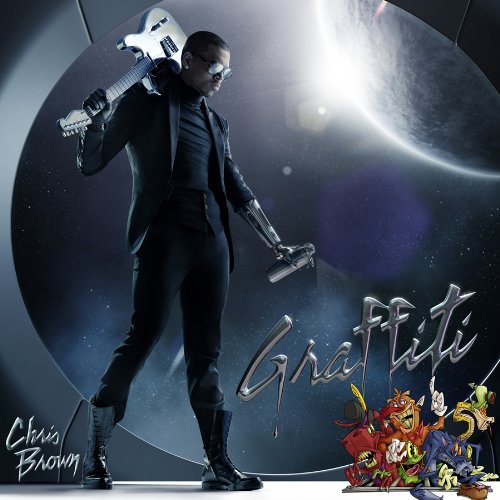 Good luck listening to Brown’s third album if you know anything about his assault on Rihanna earlier this year. Brown’s image used to be that of a young R&B singer exploding with life and talent. Now he’s a portrait of rage — the sort of guy who beats his girlfriend during an argument. Where his ex (on her just-released and terrific Rated R) confronts the incident head-on, Brown tiptoes past the subject on Graffiti. For the most part, he acts like nothing happened, settling into a formulaic (but expertly produced) set of bedroom jams and smooth ballads. It’s disheartening to hear Brown hitting up girls in the club and getting his swag on while sidestepping responsibility. He brings up the confrontation only once, on the ambiguous “So Cold,” where he begs, “Please forgive me.” And even here he sounds sorrier that the whole thing had to play out in public. Brown is more sincere on “Sing Like Me,” where he proclaims, “So many different type of women I’m into … I wanna take ’em back to the crib.” Shorties beware. —Michael Gallucci