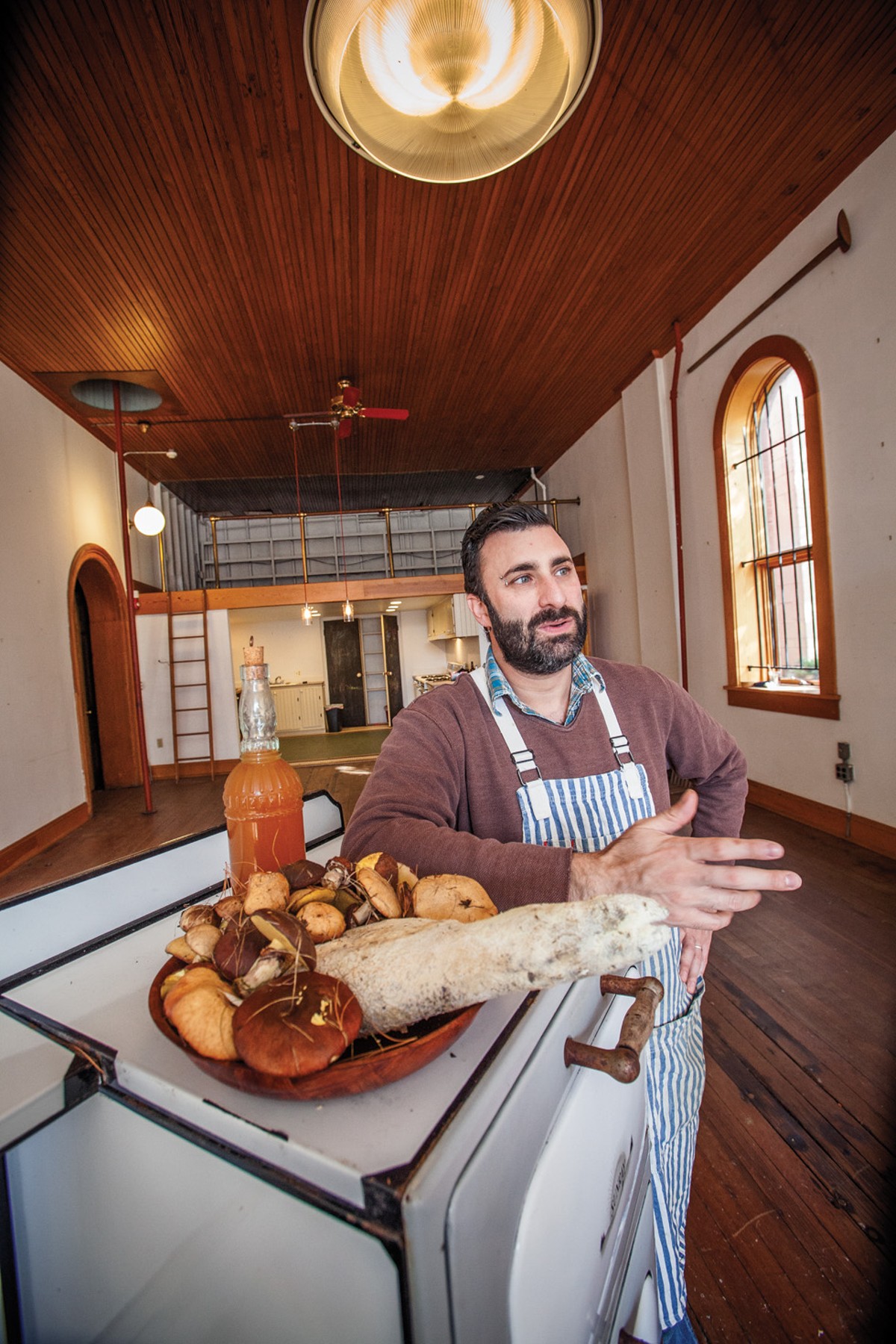 Is the bubble bursting or just slowly leaking air?

After five to eight years of unabated growth, Cleveland's frothy restaurant scene appears to be reducing to a simmer. What's more, we're starting to see restaurants – both old and not-so-old – close their doors at a quickening pace. Places like Gamekeeper's Taverne, Rick's Café, Graffiti, 811, Roxu, Hansol, Noodlecat and Portside all have left us.

But those losses have been countered by gains. Over the past year or so, Cleveland diners have welcomed a complex stew of eating and drinking establishments, from high-end debuts like Turn Bar and Kitchen at the newly renovated Ritz-Carlton to the uber-chill Xinji Noodle Bar. Those restaurants were joined by places like Astoria, Hook & Hoof, Boiler 65, Il Rione Pizzeria, Seafood Shake, Cru, Marble Room, Zoma Ethiopian, Puente Viejo, Smokin' Q's, LBM, City Diner and Otani Noodle. Familiar names like Crust, Barroco, Melt, Barrio and Luca all added new spots. And let's not forget the suds: Masthead, Noble Beast, Saucy Brew Works, Terrestrial Brewing, Boss Dog Brewing and BRIM all have been newly tapped.

Here are some other projects that we are following with anticipation:

Larder has been a slow burn. Since announcing the restaurant (originally as Schmaltz Delicatessen) nearly two years ago, chef Jeremy Umansky has been making concrete progress. He has secured a distinctive location – an old firehouse in Ohio City – and is hard at work converting it into a from-scratch Eastern European deli that will utilize techniques like koji culturing, fermentation and foraging to wow diners sometime this spring.

Larder's neighbor over there in Hingetown will be Bigmouth Donut Co., a joint venture from former BonBon Café owner Courtney Bonning and Kelly Brewer, a team that promises to deliver "a truly unique donut experience never seen before by the donut-craving masses." As the name implies, the doughnuts will be larger than life with respect to dimensions and flavor profiles.

Come summer, the space long operated as Massimo Da Milano Italian restaurant in Ohio City will become Ohio City Galley, a food hall and restaurant incubation project from the Galley Group, the folks behind the popular Smallman Galley in Pittsburgh's Strip District. A small class of aspiring restaurateurs will cycle through each year.

In terms of internet-breaking news, few stories topped that of Swenson's Drive-In's deeper push into Northeast Ohio. When it opens in University Heights in the coming weeks, it will shave 20 miles off the drive to the nearest Galley Boy, onion rings and milkshake. We were equally intrigued by the news that Flip Side in the Flats was shutting down to make way for a '70s-themed club called Good Night John Boy, brought to us by the same folks behind Magnolia and FWD. The Farrah Fawcett posters should be hung by spring. Speaking of Flip Side: That same crew is presently working to transform the former Rick's Cafe space in Chagrin Falls to Bell & Flower, a concept still in the planning phase.

Out in Lakewood, Distill Table is a project that blends a farm-to-table eatery with a grain-to-glass distillery. Chef Eddie Tancredi, formerly of Adega at The 9, will offer affordable, customizable small plates, shared items, sandwiches, pizzas and a handful of features. He's joined in the two-headed venture by Kevin and Ann Thomas of Western Reserve Distillery. Just down the block, Rood Food will attempt to channel the eclectic cafes and restaurants of the artsy Wynwood district of Miami. When it opens in late winter, it will do so as an all-day cafe that straddles the line between breakfast and dinner, sweet and savory, classic and contemporary.

The team behind Barrio is not slowing down. They will open the fifth location of their popular taco-and-margarita chain in Willoughby this month or next, joining outposts in Tremont, downtown, Lakewood and Cleveland Heights. They also are hard at work assembling Birdtown Brewery, a casual eatery and brewery taking shape in the old St. Gregory Catholic Church in Lakewood's Birdtown neighborhood.

Bomba Tacos & Rum, which debuted two years ago in Rocky River and was joined last year by a sequel in Fairlawn, will open a third spot this spring. Like the others, the new restaurant at La Place Center shopping mall in Beachwood will feature Latin-themed snacks and starters, chef-driven tacos, and a massive rum list set inside a smartly designed space.

The well-worn (original) Tavern Company space on Lee Road in Cleveland Heights is well on its way to becoming an elevated American tavern called Kensington Pub. When it opens this month, the restaurant will serve upscale pub grub and steaks in an unpretentious setting. Meanwhile, down in Tremont, another longstanding tavern is getting a makeover. When the Literary Cafe reopens sometime in spring as the Literary Tavern, it will do so as a neighborhood spot serving unpretentious but good food like small plates, panini, sandwiches and a few entrees.

It wouldn't be Flavor without a Michael Symon restaurant spanning two editions. Mabel's was "coming soon" for more than two years and now we have Sherla's Chicken & Oysters, which we first announced in spring of 2016. When the old Lolita space finally is put back together from the devastating fire, it will relaunch as a casual neighborhood spot serving raw oysters, smoked seafood boards, fried chicken, and wood-roasted chicken and veggies.

Last but not least is the panoply of new eat, drink and play options that will populate Pinecrest and Van Aken District when those developments start coming to life in spring. Names like Red, Flip Side, Shake Shack, Kona Grill, Mitchell's Ice Cream, Restore Cold Pressed Juices, Rising Star Coffee, City Works and more will join even more local, regional and national brands not yet made public.