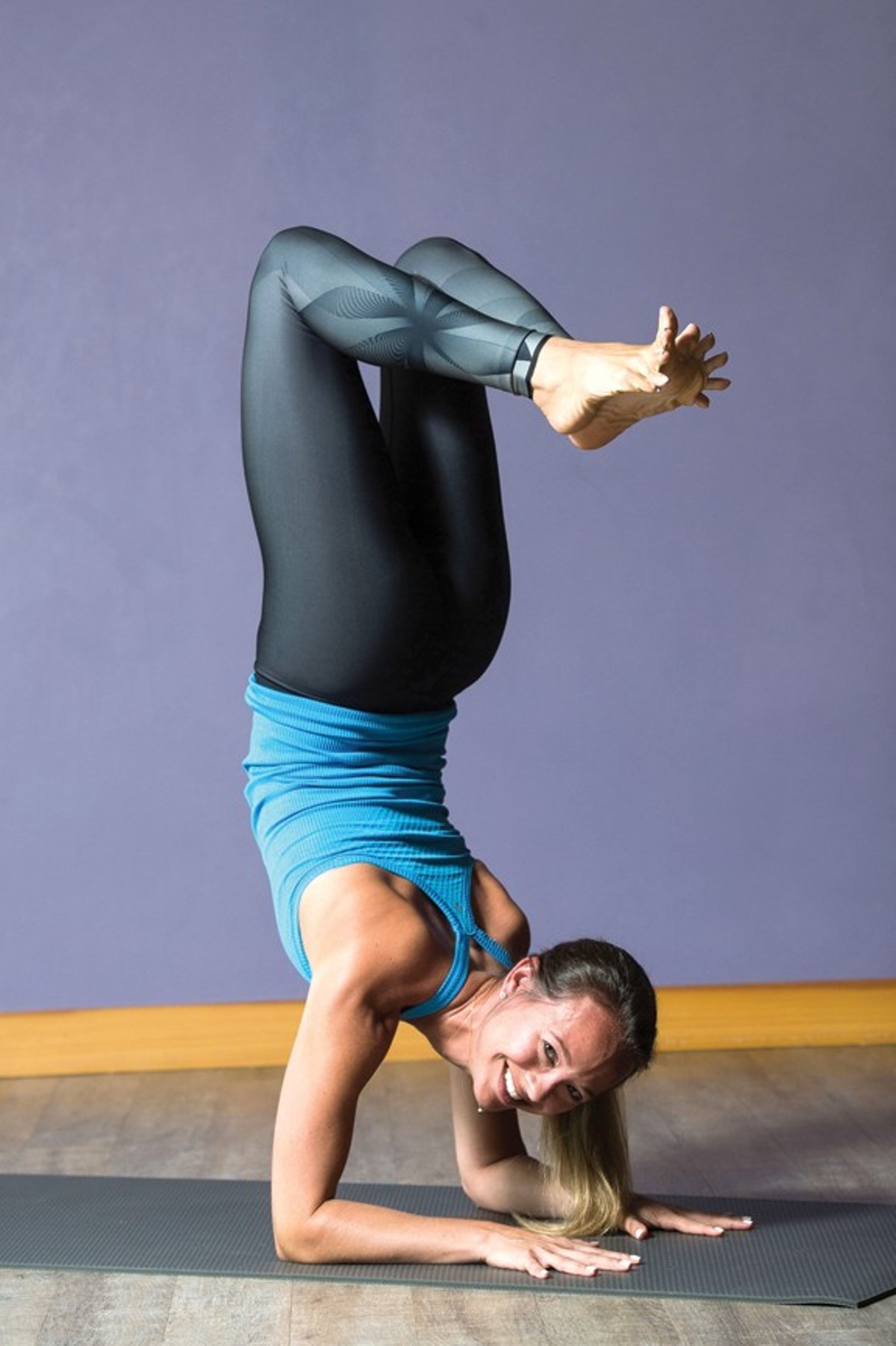 With Cleveland's burgeoning renaissance comes a natural affinity for healthy living and active lifestyles. Cleveland Yoga, in Beachwood and Cleveland's Uptown neighborhood, has been on the forefront of the revolution, as more Northeast Ohioans adopt active living practices and seek personal improvement. The yoga studio, which includes dynamic teacher Amy Schneider, is leading the charge into the city's new ethos.

"I never really planned on being a yoga teacher," Schneider says. "I always liked practicing yoga, and then when I graduated from college — I went to the University of Michigan — I was working in Chicago and I went to a yoga teacher training just kind of for fun, with no intention to really teach." And so she had some Baptiste training under her belt when Cleveland Yoga came calling in 2008. (Baptiste is a style of power Vinyasa yoga.)

It was a natural fit, and Schneider soon found herself on the schedule more and more often — and liking the gig more than she thought she would. "It wasn't some big dream of being a yoga teacher," she says with a laugh. "It was fun." It was organic.

Schneider was fortunate enough, as well, to catch something of a wave here in Northeast Ohio (and elsewhere) that saw yoga classes suddenly boasting waiting lists and studios sprinting to offer expanded services. Cleveland's own intersection with a new generation's healthy living was on its way. Classes sprung up east to west, morning to night, with a roster of students who represented huge swaths of Cleveland's population. It was a big change for an activity that, not too many years earlier, was little more than a niche hobby.

"It was an exciting time to be a part of that," she says. "And also at my age, to do something like that as a job. You know, you think of a 'job' and you think of sitting at a desk and wearing business-casual clothes. I got to show up in yoga pants and play fun music and be a part of this business that was flourishing. And I was part of this community that was flourishing, and you could feel it. There was this energy there that was exciting. I came home at a great time when all that was happening."

By now, Schneider has mostly branched off into her own style of yoga; Baptiste was a "good foundation to grow from," she says. Her students have really taken to her approach. And she and Cleveland Yoga have really taken to Cleveland's new identity. Earlier this month, Schneider hosted a yoga class at FWD Day + Nightclub. "I think all of the studios are kind of branching outside their walls, doing events that grab the public's attention," she adds. It seems to be working quite well.

But beyond the studio and beyond the city, yoga is also something that has helped lead Schneider onto her own path in life. She'll be going back to school to accent her part-time gig as a yoga teacher and to study interior design. (Schneider previously worked for an interior designer.) Her long-term goal is to blend those two passions into one formidable and joyful career.