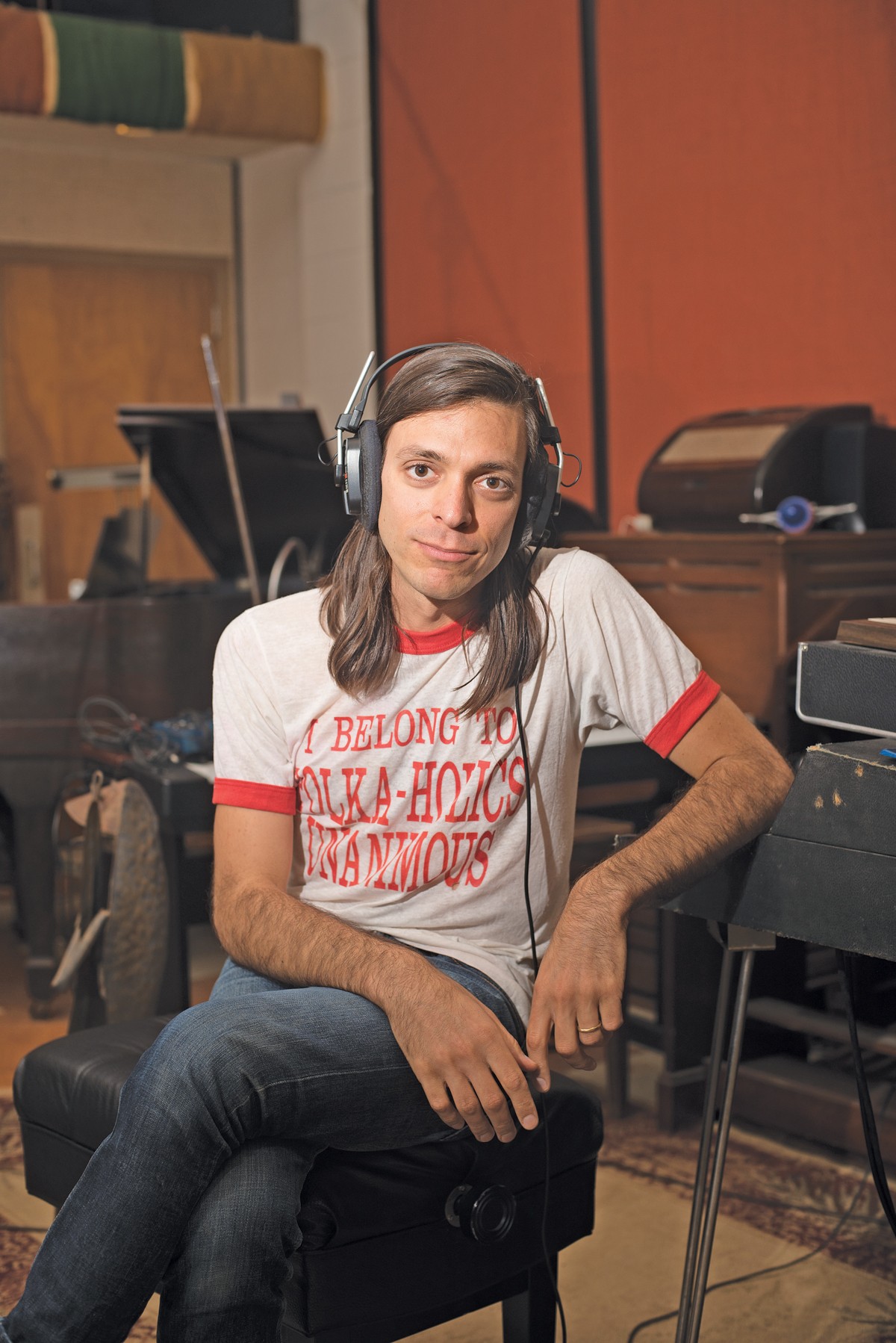 Known for his role as guitarist in the indie rock act the War on Drugs and as the drummer in St. Vincent and Dean & Britta, multi-instrumentalist/songwriter Anthony LaMarca has recently embraced his Youngstown roots.

He grew up there before moving to New York to study music. Two years ago, he came back to Youngstown and has just finished recording his new album, Petra, at Peppermint Productions, the vintage recording studio where polka superstar Frank Yankovic has recorded.

"I had known about Peppermint because everyone who is from here knows about this place," he says one morning from the recording facility. "I had never recorded here. I booked a couple of days to see if it would be cool or not. I thought I should record something here because I live here. I didn't know what to expect. It was pretty clear pretty quick that it was a good fit."

Since then, LaMarca's grown to love the space and has even helped its owners organize their equipment. He's done it all while overcoming tremendous adversity. While recording his first album, Reconciliation, at Peppermint in 2015, he was diagnosed with multiple myeloma. He received treatment, and it went into remission, but the condition flared up again during the recording of Petra. Many of Petra's songs address the issues of dealing with illness. He often tracked songs with an IV drip still in his arm.

"It's more of a bigger scope," he says when asked about how his health issues influenced Petra. "It's about these larger cycles that have repeated in my life. Reconciliation was about my dad, who found out he had MS when he was 28. All of a sudden, I found out I have multiple Myeloma at around the same age. These weird parallel worlds are happening. Petra was, in a way, similar. I started writing and recording the album and half way through, my disease became active again. To me, the two records share a lot of the same idea space. Reconciliation is about finding peace, as is Petra, whether it's within your own turmoil and trauma happening to you and your family or even in the larger sense of trying to find and put out peace in the country. We're living in such fucked-up times. Everything is conflict. I want to be anti-conflict."

The album comes out on Oct. 11 via Concord Records, and LaMarca will kick off a North American tour on Nov. 2 with a send-off at Youngstown's Westside Bowl, where he's been doing DJ sets, spinning rock 'n' roll that's come out of Youngstown.

"It's great," he says of his DJ gigs. "Me and a couple of other buddies of mine have been obsessively collecting the old records that were done here in the '60s and '70s. We thought it would be fun to hang out one night and play them and make our friends listen to them. At the end of it, people are shocked that they've heard four hours of mind-blowing garage and psych rock that was recorded in Youngstown. There's a deep history here. The dream is that I'll be a part of it, and it's why recording here is such a cool thing. I really love early Blue Ash records or Glass Harp stuff, and it's all the same mics. It's the same engineer. When I was recording in New York, that was cool, but it wasn't my thing like this is."