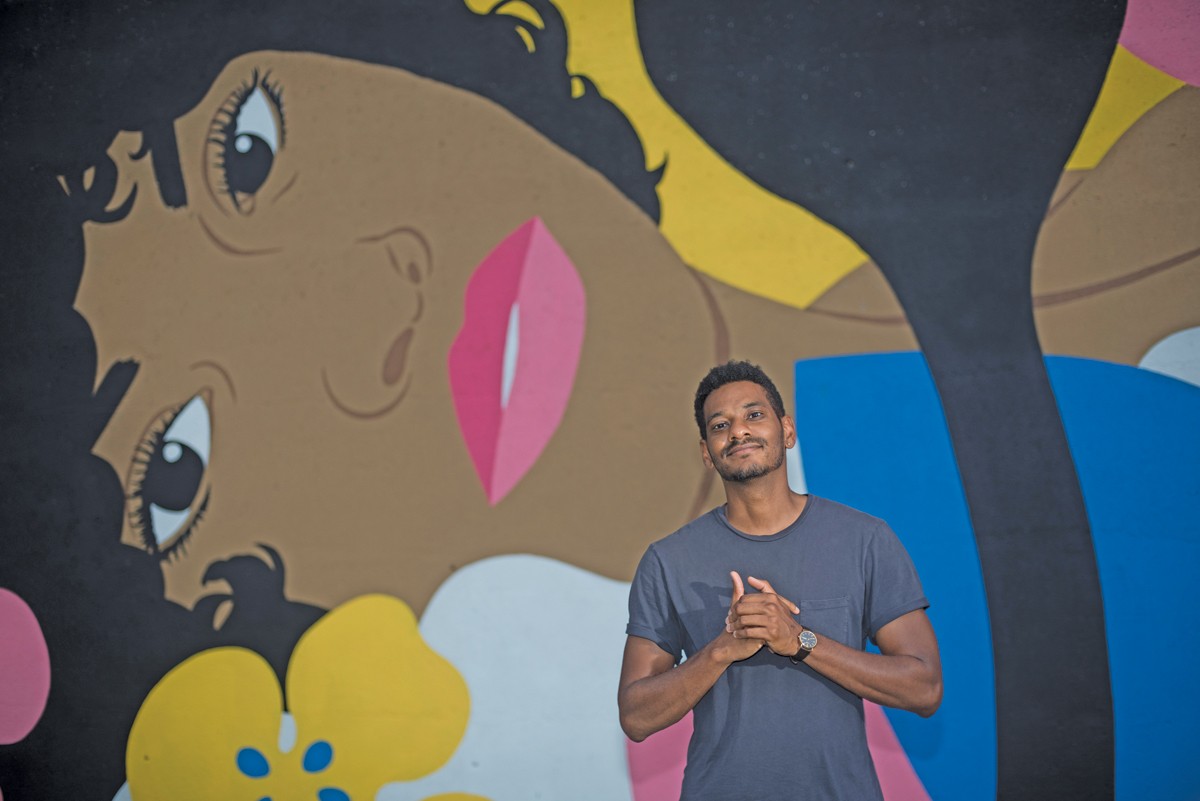 By the time you read this, Cannaday Chapman will already be in Berlin where he'll fulfill a long dream of living abroad for a year.

A few days before he left, as he was still trying to unload furniture on Craigslist, deciding what he wanted to store at his parents' house in Rochester, New York, and figuring out how to pack everything he wanted to take in two suitcases, the illustrator talked about the preparing for the trip at Rising Star.

"You start saying goodbye to people, and then it really hits," he says. "It's really hard to leave. I left New York, and that wasn't hard. But leaving Cleveland for now, for some reason, is really hard. I've had it really good here. And now, it's even hard because I'm leaving right as I feel like the city has embraced me and my work. But there's a good chance I'll come back."

Chapman landed in Cleveland after an American Greetings recruiter talked to students at the Pratt Institute in New York, where he went to college. It took five years before that American Greetings recruiter got back in touch with an offer, but Chapman was happy to accept — he'd visited Cleveland four or five times a year growing up because his grandmother lived here.

"But, like, I didn't even know the west side existed," he says. "I only knew what it was like where she lived."

He spent the first of his seven years here in Lakewood before getting a loft in Asia Town.

While working his full-time day job designing greeting cards — a job and a company about which Chapman has nothing but good things to say — he found himself getting the itch to do other creative work. His connections were in New York, so while he wasn't getting much work locally (most visibly, he did a mural in Ohio City), he was landing prestigious gigs doing creative for places like The New York Times and small publishers, even a coveted cover for The New Yorker. When an art director he'd worked with at the Times took a new job at Google, there came an invitation to do something bigger than he'd ever done before — a Google doodle for MLK day.

"At first, my agent said I was too busy to do that one," Chapman says. "Of course I was like, no, of course I'll do it."

And the guidance he got, for one of the most visible doodles of the calendar year, presented a challenge.

"He wanted me to do it without showing Martin Luther King, because all the previous ones used his image and he wanted this one to be different. And of course because it's Google, I couldn't do anything about Black Lives Matter or showing police brutality or anything. But I was looking at photos from protests and I saw one of a girl sitting on her father's shoulders. And I saw a photo from a different angle and seeing her, it was just powerful. And I thought if I could tie that imagery into the project, it'd be powerful too."

And the resulting image — showing a crowd of faces on the National Mall with a young black girl sitting on her father's shoulders with clouds and the Washington Monument in the background — was indeed just that.

Chapman is obviously proud of the gigs he's done for big-time publications, but humping a day job and pounding out freelance creative work after hours was a recipe for an over-worked illustrator who wasn't exactly in a rut, but felt like he was ready for something new.

That's what he plans to do in Berlin, which was a destination picked quickly after he visited and some friends told him about a year-long visa he could get as a working artist. In Berlin, he'll be living in a funky, artsy neighborhood not unlike Brooklyn where he'll be surrounded by creatives doing not just commercial work but off-beat performance art and more. He'll get to scratch the itch of living abroad while, he says, focusing on gaining more international clients and surrounding himself with an entire community of creative artists.

"My life here lately has been very chill, everything's put together," he says. "So this will be an interesting transition, immersing myself in a different culture for a long period of time, and hopefully being inspired and satisfied. I'm kind of interested but a little worried what this is going to do to my work, but it's something I just need to do."