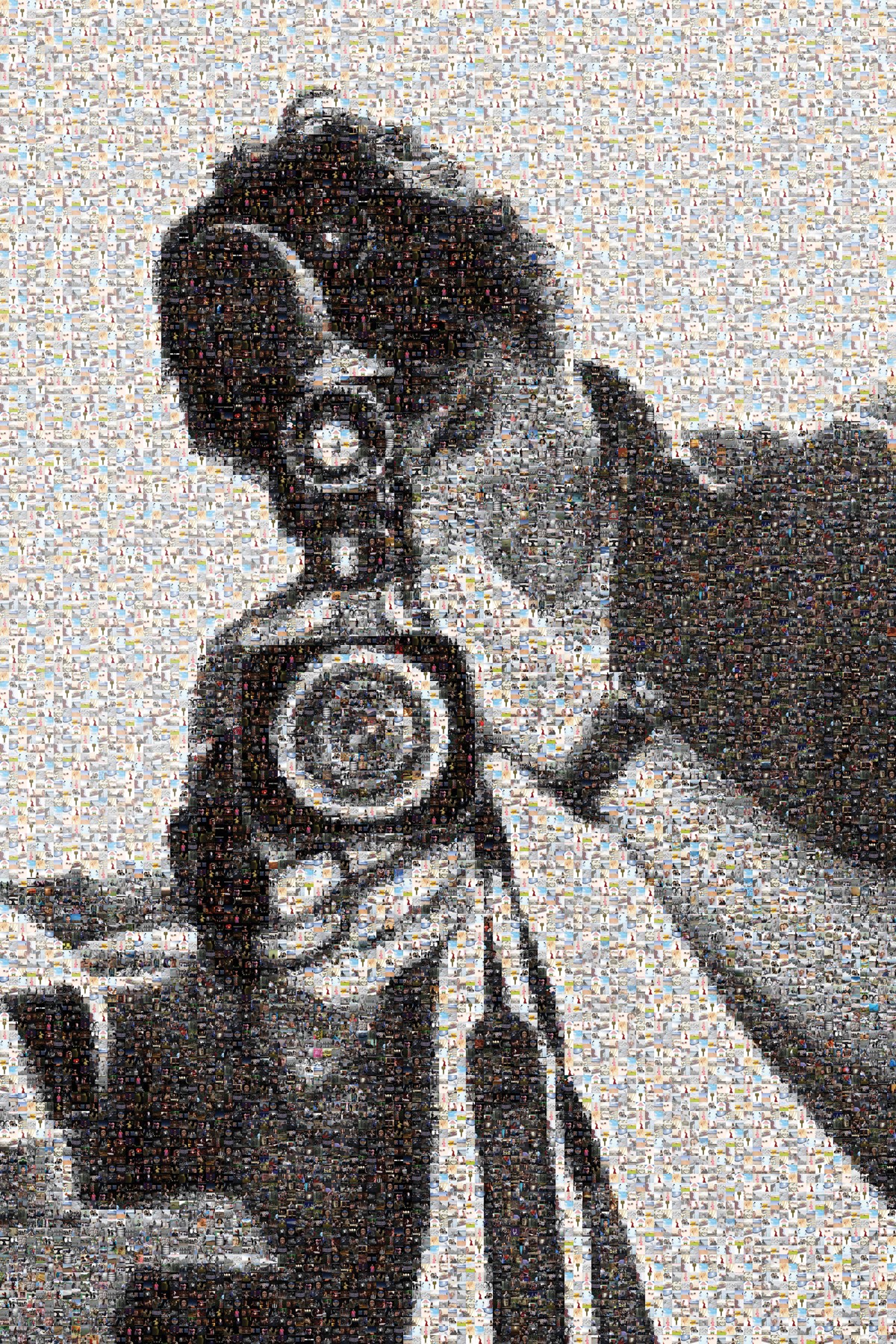 This year’s Chagrin Documentary Film Fest program cover art is made up of stills from every movie screened over the past 10 years. Photo courtesy CDFF

For the past 50 years, no professional fireworks displays have boomed across the Chagrin Falls skies. But thanks to the 10th anniversary of the Chagrin Documentary Film Festival, and with the blessing of the local fire department and city council, a fireworks spectacle is planned for the kickoff of the event in early October.

"We went through the proper channels, and somehow they said yes," film festival director and founder Mary Ann Quinn Ponce explains. "It just shows how much this festival means to the community."

Last year's event generated a reported $1 million for the area over its five days in action. And this year the fest is celebrating on an even larger scale, with more filmmaker panels, event tie-ins, help from 200-plus volunteers and, yes, fireworks.

With so many film festivals across the state, let alone the world (7,000 at last count), it's no small feat that MovieMaker Magazine has included the event in its list of "Top 50 Film Fests Worth the Entry Fee" for the seventh year in a row. But Ponce says CDFF is special.

"There's a lot of human connection here," Ponce says. Plus, every film shown is a documentary; it's all about real life.

After her documentary filmmaker son David Ponce died of cancer at 20, Ponce says that there was something inside her that made her want to start this festival.

"It seemed like something we had to do," she says. "I can't explain that."

And the festival came along just at the right time, when documentaries have become can't-miss viewing on platforms like Netflix, HBO and PBS.

"There's so much going on in our world and documentaries are a powerful way to hear stories you would not otherwise. Once you get into it, you can't stop," Ponce says.

But like choosing the best six-pack of beer at the grocery store, selecting a film out of this year's allotted 83 from all over the planet can be completely overwhelming.

"Start off open-minded," Ponce recommends. "Don't say automatically you won't be interested in something; maybe you will. Pick a couple days when you have some time and choose some films to go with topics that interest you. A film festival can be daunting to navigate. But you can't go wrong."

To make things even easier, the CDFF team has broken down the films — selected from more than 500 submissions — into a handful of categories, including adventure and sports, music, things you probably didn't know, shorts, animals, environmental concerns and more.

Here are some highlights from every category:

Against the Wall (39 minutes)

One American man decides to bike the Great Wall of China. What did you do today?

Cheerleaders may look beautiful and shiny at football games, but it turns out these women are paid little for the amount of time they spend on the field.

Clean water for all shouldn't sound like some utopian dream. Follow advocates around the world as they combat the global water crisis head on.

Competitive dog grooming is a thing. Watch as these animals are transformed into the most imaginative of creations. Yes, that is a dog-turned-mermaid.

Dementia robs people of their minds, but that doesn't mean those who love them can't still connect with them in meaningful ways.

Girls are learning to skateboard in Afghanistan, and that's no small miracle.

The Show's the Thing: The Legendary Promoters of Rock (85 minutes)

Music promoters were their own kind of rock stars back in the 1960s and '70s.

A kid starts videotaping his family's life while growing up in the hard neighborhoods of Washington, D.C.

The world has a brand new religion: The Church of the Flying Spaghetti Monster. Let's explore.

Voodoo: The Heartbeat of Jazz (5 minutes)

Making its world premiere at the festival, this short digs deep into Voodoo, jazz and the spirit of the New Orleans people.