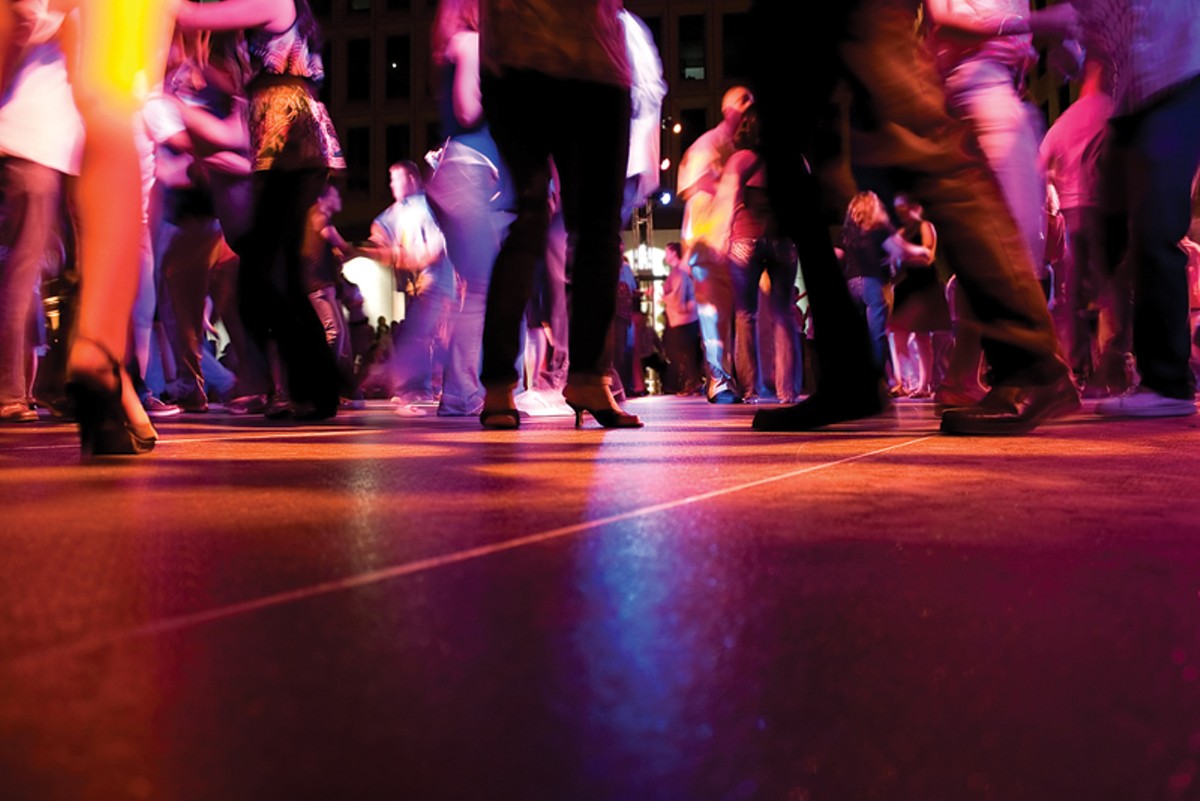 So the eye of your affection said yes. That's a start. Now for the date itself. You can dream up a host of ideas on your own — dinner, a cup of joe, cozying up to watch some Netflix — but let's be honest: You could do better. We've been there and done that and we're here to offer you some expertise, a few ideas that will have your date in awe of your knowledge of Northeast Ohio's cultural outposts and offbeat fun.

At 10 p.m. on Saturdays, Piñatas Mexican Restaurant (near Case Western Reserve University) turns into a full-on salsa dance party. Latin nightclub dance music —salsa, bachata, kizomba, merengue, reggaeton — blasts onto the dance floor and keeps people moving all night. If you've never tried, salsa dancing is one of the most fun types of motion. A Cleveland Salsa Passion instructor is on hand at 9 p.m. for lessons if anyone is feeling like they might need a few pointers. Better yet: The beginner lessons are free. Grab an order of the camarones del pacifico post-dance. The east side too far? Moncho's on Denison Avenue offers a similar dance party hosted by 87.7 La Mega every Friday night around 10 p.m.

It's not just for your dad, but you knew that already. Hipster-reborn alleys like Mahall's in Lakewood (which doubles as a concert venue, and which also boasts some of the best damn fried chicken on the west side) are currying favor with folks under 40 who don't own their own balls. But whatever your geography, there's a lane offering rock-bottom prices: Twin Star by Kent State, Twin Lanes by Cleveland State University, Dickey's Lanes near Ohio City (where you'll probably end up on a date or 37 during the year). Show off your spin, give some pointers, and let her win.

Maybe it strikes you as the locale for a date for high schoolers as opposed to college-aged adults, but you'd be wrong. There's nothing quite like bopping around the hundreds of gaming options, reliving the glory days of your Mario Cart adventures, playing carnival-style basketball games, collecting tickets for a stuffed animal, or alternating beers with bops on the Whack-a-Mole. It's lively and charming and innocent fun. Imagine a small-town festival but with way more flashing lights and air conditioning.

We could break this listing up into multiple write-ups, but that's a slippery slope to just writing a whole book about all the amazing experiences our museums offer. You could certainly make a day of visiting the museums in University Circle — the Cleveland Museum of Art, Cleveland Museum of Natural History, the Children's Museum of Cleveland, the Western Reserve Historical Society Museum, and so on — but that'd be difficult. Give each place its own daylong excursion, and fill a couple dates with the rich history of Northeast Ohio. There's a reason our world-class museums are often the first things Clevelanders mention when called upon to defend their city as the coolest spot in the U.S.: It's because you just can't beat the best. (Also: Special shout-out to the atrium at the Cleveland Museum of Art, which ranks as one of our favorite rooms in the whole city.)

Catch a Show at Near West Theatre

With a new, bright-blue home on Detroit Avenue in the heart of Cleveland's Gordon Square Arts District, you can't miss Near West Theatre, nor should you miss any of the fine musicals they put on (and have been putting on, since it was a youth theater back in the '70s). The pitch for NWT has always been that it takes regular folks from the neighborhood, puts them on stage and makes magic happen. Go see one show here and you'll see the magic first hand, plus it's a lot cheaper than Playhouse Square. You'll get credit for going a little off the beaten track and showing your date a slice of Cleveland they'd otherwise miss. Tickets are only $10, which leaves plenty for a post-show ice cream at Sweet Moses. 6702 Detroit Ave., 216-961-6391, nearwesttheatre.org.

Interested in French cinema? Historic directors unavailable on Netflix or Amazon Prime? Low-budget American indies with cult potential? Foreign series from a particular region or era or aesthetic school? The Cleveland Institute of Art Cinematheque has you covered. Tickets are $9 but this is one of the nation's finest repertory movie theaters, and it's a Cleveland gem that everyone should experience, even if you don't go to nearby CWRU. Plus, in their swanky new home at the Cleveland Institute of Art, seats are finally comfortable! If the niche-y selections aren't your thing, Cleveland Cinemas (various locations) has deals just about every day: for cheap tickets, free popcorn, or discounted beer and wine, which you won't find at Valley View. Plus you'll get to enjoy the neighborhood ambiance of Gordon Square, Cedar-Lee, or Shaker Square before and after.

Cleveland's preeminent standup comedy promoter (and one of its most prolific performers and hosts), Ramon Rivas is constantly on a Cleveland comedy tour. For starters, check out the open mic at the Underdog (in the Happy Dog's illustrious basement) every Sunday evening at 8. Ramon and a handful of regulars also host other comedy shows, so stay abreast of all the local comedy happenings on the website, and be sure to hit all the other weekly shows, Hilario at Barrio and Market Fresh Comedy at Market Garden, too. Further south? Plenty of bars near Kent State and the U of A also offer weekly shows. If your date is laughing and not at you, you've done something right.

Art, art and more art in one of the coolest venues in town. What more could you ask for? Down on the westward fringe of Detroit-Shoreway, in the old American Greetings HQ, 78th Street Studios hulks with an unassuming industrial vibe. It has become a bona fide hub for artsy fartsyness in town and every third Friday, from 5 to 9 p.m., you get a free visitor's pass. The galleries are eclectic and wild, bursting with color and energy. There's always wine and apps on hand and, chances are, you'll bump into somebody you know. There are few things more romantic than strolling through dozens of art galleries as you show off your cultured side.

Tucked away in a carriage house on a backstreet of Case Western Reserve University's campus, the Barking Spider is legendary for free music and super cheap booze. Stop by any night and you'll catch something different, whether that's folk, reggae, world music, or any other genre you can think of. Get there on a nice night and enjoy the fresh air as they throw the big doors open. The shows are free, but tipping is always encouraged. It doesn't get much cheaper than this.