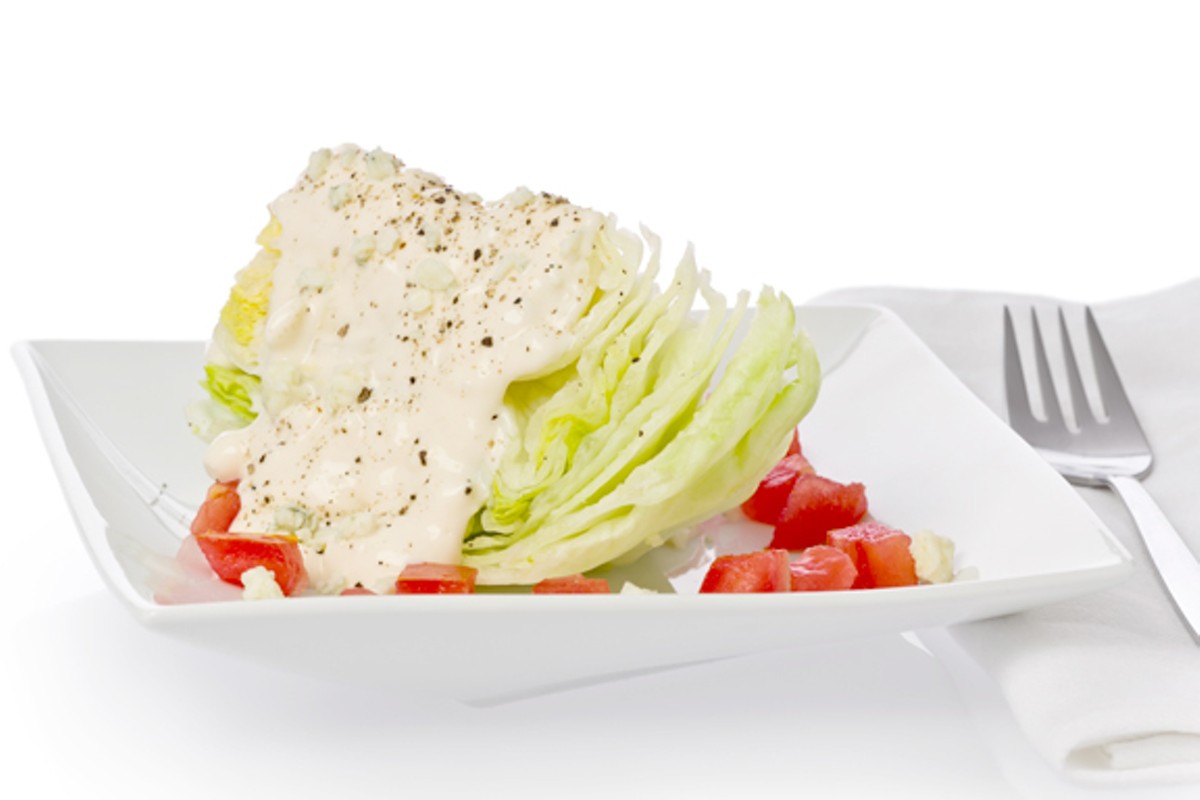 The dining scene is constantly evolving here and afar. Trends emerge and ideas are borrowed; when something works for someone, others try to adopt it. Sometimes that's a good thing. Other times, that's a bad thing. It's a shifting landscape and thankfully some stick around while others disappear. We're thankful, for instance, that cold-pressed juice is now readily available in Cleveland, and that Cleveland's barbecue scene is heating up. We're also thankful, on the other end of the spectrum, that some trends of years past are slowing down -- putting an egg on everything, adding bacon to every dish just because, using mason jars instead of pint glasses.

God bless the butcher without whom we'd all be pale vegans. That's why we're thrilled that established butcher shops like Mr. Brisket, Jaworski Meats, Raddell's and the Sausage Shoppe are being joined by sustainably minded startups like Saucisson, Ohio City Provisions, Butcher and the Brewer and, hopefully, others. Bring on the meats!

Every other day, it seems, we learn of yet another attempt to create the next "Chipotle version of X." Thus far, we've had way more misses than hits, proving that not everything is suited to the sideways-shuffle model of dining. Tacos, sushi, Indian, ramen, pizza and even burgers all are getting the QSR treatment. I forget; was the old way of doing things broken?

Sure it's convenient, but did you know that for every reservation you make through the website the restaurant owner pays $1? That might not sound like a lot but it can add up to $10,000 per year – and that's on top of the pricy annual fee for the system that manages reservations. You know what also works? The telephone.

Who doesn't love sucking chewy tapioca balls through a giant straw into one's mouth? Okay, maybe we didn't sell it as well as we could have, but bubble tea is refreshing, delicious and a welcome change from the same-old potions. A staple of the Asian community, this sweetened tea beverage is blended with milk and augmented by add-ons like tapioca pearls, fruit jellies and bean pastes.

A few years ago, almost no shops around here served poutine. These days, everybody is doing it. The bad news: most of it stinks. There's more to poutine than simply using french fries as a base for whatever else you feel like eating. Chili cheese fries is not poutine, even if you call it that. Unless you can deliver perfect fries (double-fried), rich, flavorful gravy (meat-based is best) and fresh, squeaky cheese curds (not too cold), please don't call it poutine.

Wine on tap made its first appearances in Cleveland about five years ago, but the trend has barely made it out of the starting gate. Draft wine provides the freshest possible product at the lowest possible price while boasting the smallest carbon footprint of its kind. Yes, there are more places than ever to get a glass of tap wine, but that number should be much, much higher.

If you cross Southern fried chicken with Buffalo-style chicken wings you end up with Nashville hot chicken, a spicy concoction that is sweeping the nation. Like poutine, the dish keeps popping up in and around town. But as with poutine, few of those places are doing it right. The secret sauce is a quick post-fryer bath in molten fat mixed with thermonuclear spices that leave the bird crispy and hot as Hades.

Move along; nothing to see here. We've got just enough hot dogs banging around, thank you very much. While we all lament the untimely demise of Steve's Lunch, no amount of newfangled (or old-fangled) hot dog joints will ever make up for it. Until something truly new and different – or old and special – comes around, we'll stick to the ones we already know and love. Or we'll have a burger. You can never have too many good burgers.

Whoever came up with the idea of sabering a bottle of Champagne should himself be sabered. For the uninitiated, the process involves using a large saber (who even has a saber these days?) to open a bottle of bubbly by removing the entire neck, collar and cap with a swift upward swipe. To some, it's celebratory. To the rest of us it just looks like a waste of perfectly good champagne with a glass-shard kicker.

Order a wedge salad and your tablemates look at you like you're a Ben Carson supporter. And that's if you're lucky; most restaurants stopped selling the darn things in the '90s. With layer upon layer of appealing texture, I'd argue that iceberg is the croissant of lettuces. Cloaked in a puddle of creamy 1,000 Island or bleu cheese dressing and capped off with bacon, maybe some ripe tomatoes and chopped red onion, the Wedge shouldn't be a wedge issue among friends.

For 20 years, Douglas Trattner has worked as a full-time freelance writer, editor and author. His work on Michael Symon's "Carnivore," "5 in 5" and “Fix it With Food” have earned him three New York Times Best-Selling Author honors, while his longstanding role as Scene dining editor garnered the award of “Best...
Read More about Douglas Trattner
Scroll to read more Flavor articles