How to Survive 100 Years in America — With the Cleveland Orchestra 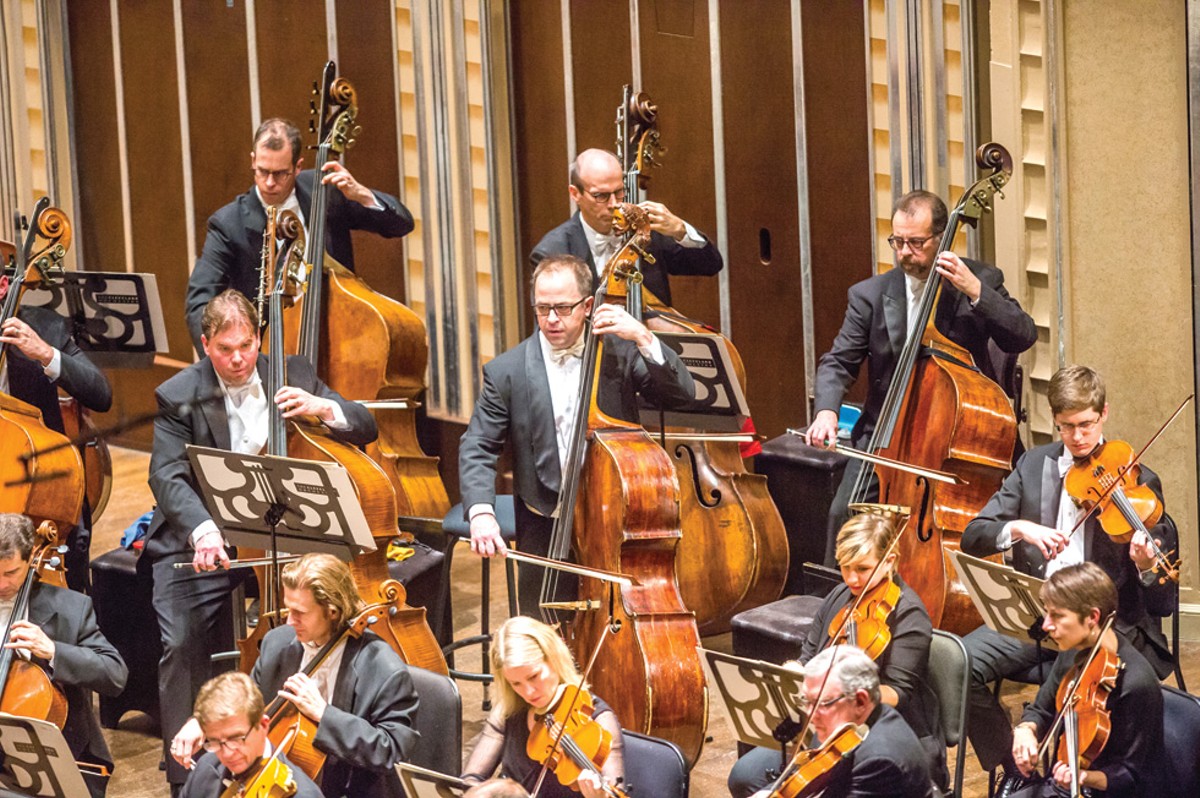 Photo by Roger Mastroianni, Courtesy of The Cleveland Orchestra

The Cleveland Orchestra is rehearsing for its season opener at Severance Hall; an opera, Janacek's The Cunning Little Vixen. The spotlights bear down on the players and singers on stage. Sweat and minor imperfections hang in the air as conductor Franz Welser-Möst runs his crew through the paces, asking for more. In some ways it's an ordinary Friday rehearsal — they've even performed this opera before. But this year is different; the orchestra turns 100.

"I think there's more buzz about it being the centennial," says violist Lynne Ramsey, taking a break between rehearsal and a special performance for Cleveland public school students that afternoon. "I feel an excitement. And with going to Europe and Tokyo later in the year, there's so much to look forward to."

The first assistant principal viola player has experienced the roller coaster ride of 30 seasons. Three decades in, she's hopelessly in love with the music and her colleagues, but she's also here simply because the orchestra still exists.

Google the "death of orchestras" and up pop pages of think-pieces on the slow demise of classical music. The 21st century hasn't been kind to symphonies of all levels. Orchestras out of Louisville, Philadelphia, Tampa and San Jose have filed for bankruptcy in the past decade; others have simply folded altogether. Yet Cleveland has survived, and thrived, where others have not.

The Cleveland Orchestra was once a part of the Big Five, a classification which included the more established New York Philharmonic, Boston Symphony Orchestra, Chicago Symphony Orchestra and Philadelphia Orchestra. This was the 1950s, when music director George Szell, a tyrannical perfectionist, worked to make his orchestra second to none. And while this outdated distinction is basically now a historical marker, the Cleveland Orchestra's goals have never dipped.

In 2008, Gramophone, a leading classical music publication, ranked Cleveland No. 7 in the world and No. 2 in America, behind the Chicago Symphony Orchestra. Around the world, critics continued to pile on heaps of praise. The New York Times admitted in a 2015 concert review that, "right now the Cleveland Orchestra may be, as some have argued, the finest in America."

And like Ramsey, who as a young girl listened to the orchestra's recordings and dreamed of joining the group, young musicians are still graduating from places like the Juilliard School and Curtis Institute of Music, pining for a spot with the Cleveland Orchestra.

Yet somehow, with all of these accolades, the orchestra's current musicians do not regard themselves as the best.

"We're always trying to figure out how to make it better," Ramsey says. "And when you do that, then you don't think you're the greatest in the world. Somehow it's never good enough."

That bit of mental motivation aside, she admits to moments of what can only be described as pure divinity playing with the orchestra.

"My vision is that everybody will want to come to Severance to listen to concerts, to soothe their own souls," Ramsey says. "The older I get, the more important I think it is to use music as a vehicle for us to come together. It can bind us."

In her basement office at Severance Hall, archivist Andria Hoy is helping document how the Cleveland Orchestra has done just that, helping to preserve the orchestra's traditions and treasures dating back to 1900. One of the most salient points she relates is that the musical prowess of the group wouldn't matter if no one came to hear it.

"We want people to experience the Cleveland Orchestra," Hoy says. "That's the main goal, to expose them to the orchestra."

An evolutionary viewpoint on what the orchestra can be to the city and its fans has changed how and where listeners get exposed to the music. Part of that is simply about survival: Orchestras around the world have had to adapt and adjust, upping their repertoire, adding cheaper concert options and engaging in community outreach, an area in which Cleveland has excelled.

The organization reports that 300,000 people experience one of its concerts annually. This includes those breezy Blossom Music Center performances and Happy Dog ensemble nights, but also the classical repertoire at their permanent home at Severance Hall. Hoy says the goal is for all people to see the orchestra and, in turn, to have them give back later down the line. Every contribution helps.

Compared to the other Big Five cities, Cleveland is shrinking when it comes to population. In order to make a profit, the orchestra relies on major donations and also its residencies in places like Vienna and Miami. But it's a dance they do willingly.

"We travel around the world and people know two things about Cleveland: LeBron James and the orchestra," Hoy says.

The orchestra has always been an ambassador for Cleveland, she says. And in turn, Clevelanders have always taken great pride in the orchestra. They take care of one another.

"This isn't like the Browns. We're not going to pick up in the middle of the night and go be another city's orchestra," Hoy says. "That wouldn't even be possible."