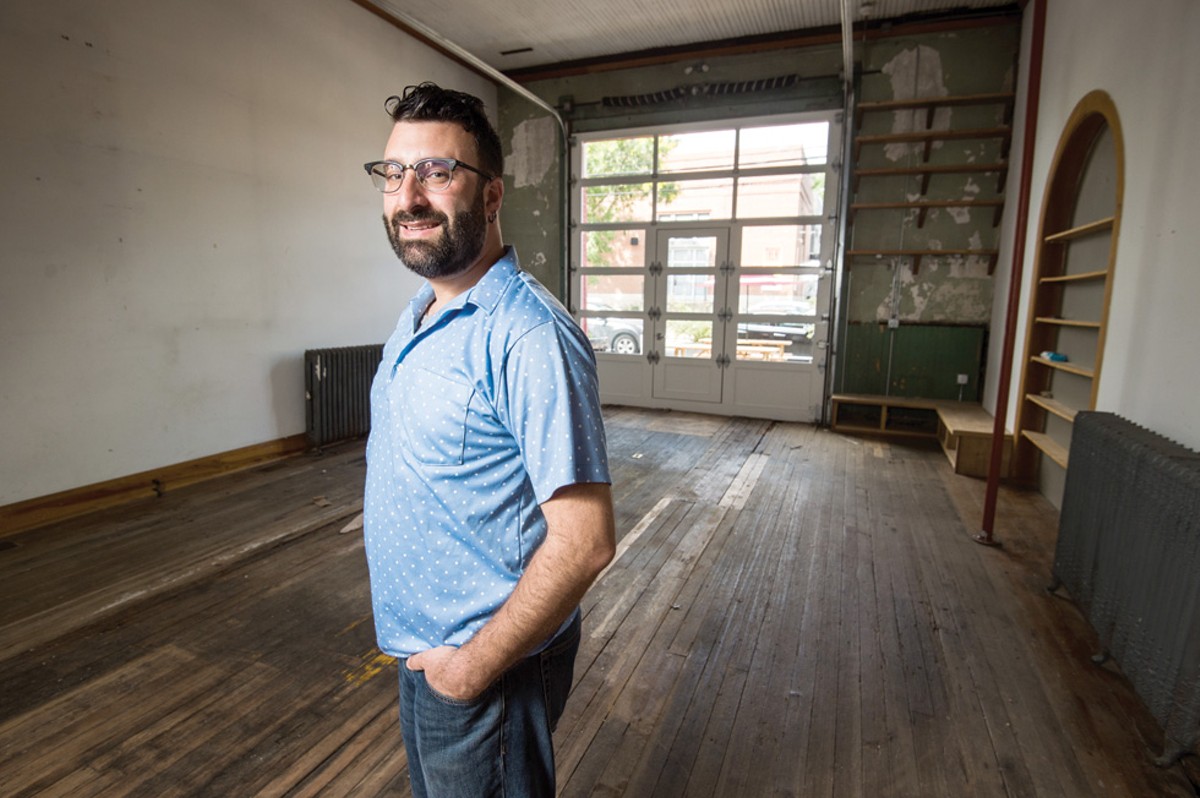 Despite a very inauspicious culinary start, Jeremy Umansky seems to be incapable of making an ill-timed move. After speaking up for fellow students and staff at the Culinary Institute of America, telling the New York Times that, "The C.I.A. ... feels like a corporation that is pumping students out for the benefit of the industry," he was compelled to leave the program just three months shy of a degree.

"It further invigorated me to pursue what I thought was right when it comes to food and what I was going to do with it," Umansky explains.

While still a student in the fertile Hudson Valley of New York, Umansky managed to learn plenty. He was very active with that region's Slow Food chapter, one of the largest in the country, even representing it as a delegate at the organization's annual conference in Italy. Umansky simultaneously served as president of his school's Garden Society while working on a 40-acre vegetable farm that supplied the university. That same year he spent some quality time with author and fermentation guru Sandor Katz.

"All of this was happening to me at the same time — farming and agriculture, foraging and wild foods, food preservation and fermentation — so it was really easy for me to make connections between them because they are all so interconnected," he says.

With such a diverse and relevant skill set, Umansky had little trouble landing a job, despite his premature departure from university. His first was as a chef at Wild Hive Farm in the Hudson Valley, working for small-batch grain pioneer Don Lewis. His next move earned him the title of executive chef at Brooklyn's Fairway Market, where he worked alongside Steven Jenkins, author of what is widely considered the bible on fine cheese. It wasn't long before Umansky was being recruited by Whole Foods in Manhattan, where he developed a local-foods program for chefs. After his stint there, the young chef flew across the country to help launch Feast, an online culinary school for home cooks that was quickly backed by 500 Startups. Once that project was up and running, Umansky returned to New York, where he was brought on as chef at Brooklyn Fish Camp.

"We already decided that between student loans, the grind of New York, and the fact that we were ready to start family planning, we just had to get out," says Umansky, who is now married to Allie and father to daughter Emilia. "We were looking at San Fran, Austin, Philly ... I came in town for my best friend's wedding — it was the first time since 2006 that I had been in Cleveland for longer than two days — and my mind was blown."

At the time, in 2014, cook, sous chef and chef jobs were his for the taking, Umansky explains. But he had something else in mind. He stole some of chef Jonathon Sawyer's time and showed him some of the stuff he was working on: wild edibles, foraging, ferments, charcuterie. He was brought on board at Trentina, where the pair developed one of the most progressive koji-culturing programs in the country.

"Modesty aside, when it comes to koji and what I've developed with the use of enzymes and the way we are using them, the buck stops here," Umansky states. "A colleague of mine described it best when he said, 'The application of koji makes food taste like the best junk food ever, but it's good for you.'"

Next up for Umansky is Larder, a modern delicatessen in Hingetown that will rely on many of the techniques he's amassed during his relatively brief but already remarkable culinary journey.

"I've been working in kitchens in various aspects since I was about 11," he reports. "I don't necessarily like the idea of destiny or fate, but it kind of feels like this has all been just that." — Douglas Trattner