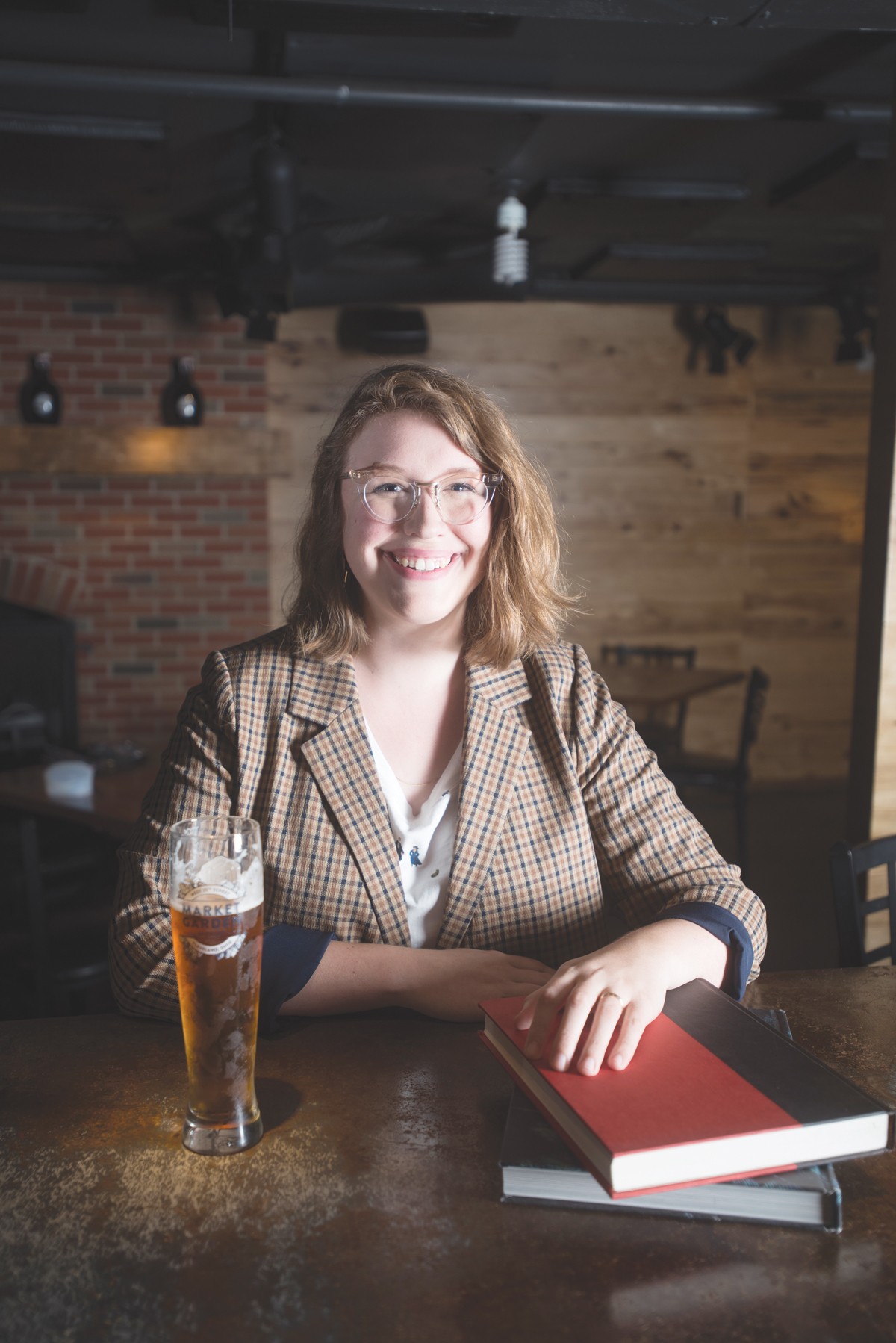 Now that she's in charge of Brews and Prose, the free monthly literary series in the basement of Market Garden Brewery in Ohio City, Lydia Munnell is absolutely content to keep it running the same way it's always run, for the same reason that she first fell in love with the series years ago.

"I actually started going right away," Munnell says about the event, which was founded in 2012 by Dave Lucas, Matthew Stipe, Michael Croley and Jeff Draeger. "I was an early attendee, and in those two years after I finished college, it felt like the MFA program I wished I was going to at the moment. I knew I wanted to attend all the time. I got to hear some of the best writers from around the country for free and drink a beer and linger late with friends and talk about the work and say hello to the writer. That felt thrilling, and it still feels thrilling."

Munnell took over the reins as artistic director from Lucas in 2017, which was a natural if challenging transition: She'd been a loyal fan, and had become friends with Lucas thanks to similar interests ­— they're both writers and share a similar sense of humor.

"It turns out, somebody like Dave who starts a series, most of the institutional knowledge lives in his head," she says. "Even though I had experience running reading series at Bowling Green, where I did my MFA, learning the ropes took time."

The success, then and now, comes from leveraging relationships and the good will of everyone who makes it happen — Market Garden donates the space for free, Munnell doesn't take any pay, and former interns continue to help running the show. ("It would be disrespectful to even call them interns. They are experts, and they donate their time," she says.) Every bit of fundraising goes toward paying writers and a photographer who shoots the monthly event.

She grew up in Mercer, Pennsylvania, and came to Cleveland to attend John Carroll. After graduating, she stuck around, drawn both by the fact that her brother lived in Lakewood and that Cleveland offered a whole bunch of stuff that rural Pennsylvania did not. She wanted to pursue an MFA but decided to take some time off after graduating, first doing a program called Northeast Ohio Literacy and then landing a job in after-school programming and volunteer coordination at Lake Erie Ink, a local nonprofit that serves children and teens interested in writing.

"I got to get my feet wet with teaching in a real way there, because after-school programs are no joke," she says, "and I fell in love with Cleveland Heights."

Growing up, Munnell thought teaching was the last thing she wanted to do. Both of her parents are teachers, and it simply wasn't on her radar, or near it. But a few experiences at Bowling Green and her experience at Lake Erie Ink shifted her views toward an eventual moment when she fell in love with the idea. So when the job opening for a creative writing and film teacher at St. Ed's came up for the 2016 school year, and a friend who was a few years ahead of her pointed her in the direction, it was a perfect fit.

As Brews and Prose barrels toward its 10th anniversary, Munnell isn't interested in scaling the series. She simply wants to keep the quality high while further using Brews and Prose to build relationships and success in the broader Cleveland literary scene and empowering diverse voices.

"I feel pretty passionately about keeping the thing simple," she says. "We don't want to compete with the library — we can't replicate what they do, and we wouldn't want to try. And we wouldn't want to compete with the other literary nonprofits that are doing different, amazing things. We have our niche. If you want to experience the whole literary community in Cleveland, you have to attend library events and Lake Erie Ink events and Gordon Square review events and Twelve Literary Arts events and Barnhouse Journal events and so many others. When I think about why I liked to attend Brews and Prose, it was the atmosphere, it was the quality of readers, it was because it was free, it was because it felt like an organic place to chat with readers and writers. I don't want to change anything about that."