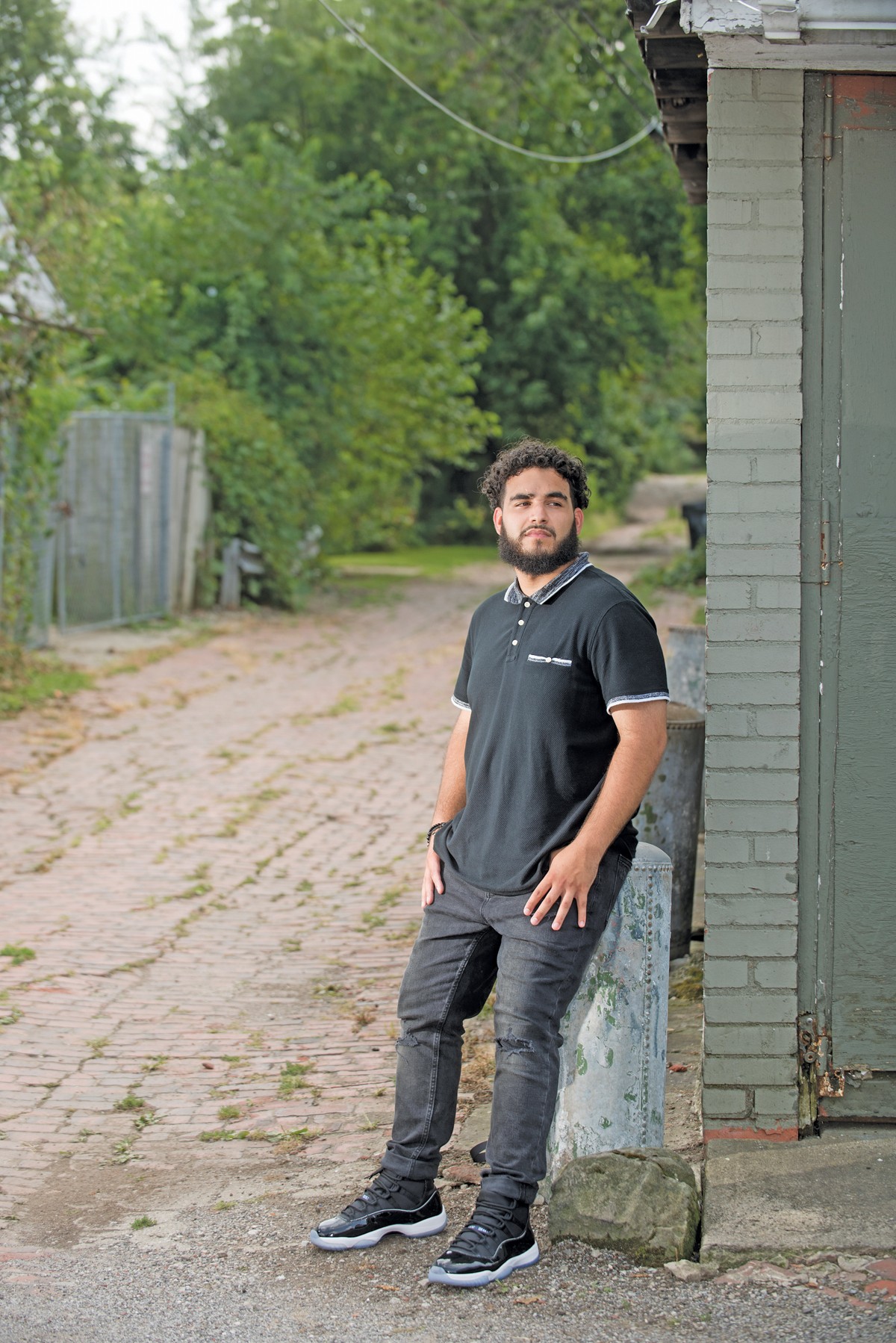 Ricardo Leon is the youngest CDC director in the city of Cleveland. At only 27, he's a ball of energy and ambition. His curly jet-black hair and James-Harden-esque beard glisten in the summer heat at Cafe Social, a new coffee shop temporarily housed in the rear of Las Dos Fronteras Mexican restaurant. Cafe Social was born in an incubator for Latino businesses and is now hunting for a permanent space.

Leon rarely pauses to sip his coffee because he's got so much to say. He wants to talk about community engagement, housing and economic development in the westside neighborhoods of Stockyards, Clark-Fulton and Brooklyn Centre — areas served by the MetroWest CDC he oversees. And he wants to talk about his vision for organizations like his.

First and foremost, he says, community development corporations need to ensure that residents are centered in conversations about the future of their communities.

"Yes, we want to open ourselves up to investment," he says, referencing MetroHealth's $1 billion campus overhaul that will produce myriad investment opportunities in Clark-Fulton. "But we have to ensure that families who have been here 20 or 30 years aren't pushed out. We've got prosperous neighbors to the north [in Tremont and Ohio City] and a very stable neighborhood to the south [in Old Brooklyn], but this is a working-class neighborhood, and we want to help people stay here and build wealth."

Leon grew up in the Stockyards neighborhood, having moved with his family from Puerto Rico when he was a baby. Unlike many of his friends, he ventured to the east side for high school — to Early College High School — and graduated when he was only 16 years old. He attended Baldwin-Wallace, and then, after a few fortuitous encounters, enrolled almost by accident in CSU's renowned Levin School of Urban Affairs.

Leon's life has been marked by tragedy too. When he was 11, his older sister died in a car crash; Ricardo was in the car. More recently, his father passed away after multiple strokes. But his life and work is a tribute to his family. He says his commitment to the neighborhood stems in large part from the fact that it is now, and has always been, his home.

Leadership at MetroWest has been, at times, bumpy. In 2018, new councilwoman Jasmin Santana "basically zeroed out" the Community Development Block Grant funding for the neighborhood organizations that her predecessor, Brian Cummins, had funded.

"She basically said, 'I want to help you, but you need to prove to me that you provide a service to the neighborhood.'"

MetroWest, which was then under the fiscal agency of Detroit-Shoreway Community Development Corporation, slashed its staff from 13 to five. Leon had been handed the executive director job and was suddenly tasked with cultivating important relationships with community stakeholders while also managing an office with limited resources.

This year, though, they've had a huge increase in funding, which has allowed them to replenish the staff. Five new hires, Leon said, are all from the neighborhood. They're young and animated by the desire to improve their community.

"They live here, their parents own small businesses here," he says. "It's not just a job for them, or for me. We have roots."

(His relationship with councilwoman Santana, by the way: "Super dope.")

Leon's current work includes a $250,000 Community Master Plan, funded by MetroWest, MetroHealth and the city of Cleveland. He's also shepherding as many as 200 new affordable housing units in his service area and encouraging the growth of new small businesses like Cafe Social.

Leon won't be in his current role forever. He's not shy about his ambitions. He is conscious of himself as a young Latino leader and has set his sights on executive leadership in philanthropy. "How many Latino executive directors can you name?" he asks.

But that's still a few years away. For now, he's laser-focused on MetroWest, and continuing to build a safe, healthy, happy community for residents.