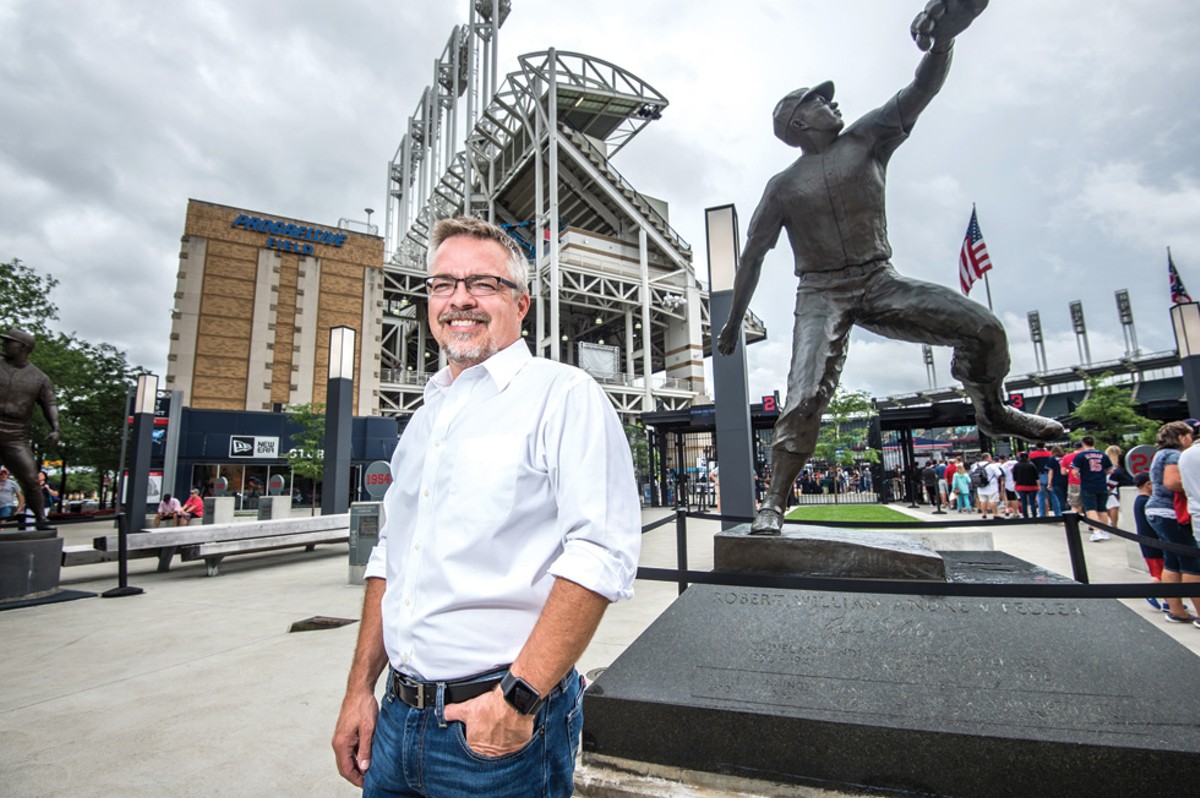 Journalism hasn't stopped experiencing seismic changes since the advent of the internet, where new ideas are being attempted every single day. It's especially true for daily newspapers and doubly true for the sports section.

"When you're involved in and on the newspaper side for as long as I was, then you kind of see where digital is going, you see the restraints that are put on the sports section," says Ron Ledgard, managing editor of The Athletic Cleveland.

It's part of the reason he's now at the subscription-based, online-only regional sports site that was launched this past March. It followed, after venture capital fundraising, the original Athletic, born in Chicago in 2015, and The Athletic Toronto, which launched earlier this year. The site already boasts four full-time writers, including those hired away from Cleveland.com, 92.3 The Fan and Pro Football Talk.

For his part, Ledgard arrived at The Athletic after a brief stint at an online property in Pittsburgh and, before that, 16 years with the Akron Beacon Journal and Ohio.com, where he spent the first 14 years as sports editor and the last two as digital editor. It was an evolution that informed how sports can and should be covered.

"The games are at 7 at night, end at 10:30 and the deadline is at 10:29," he says. "You're getting stories with not much content. You almost knew what the reporter was going to write if you watched the game. The Athletic is different. We don't do a game story. I like to read long-form stories, I like to read analysis, and that's what we're working for here: fans that want to know why things happened instead of what happened."

That means offering writers free rein on what they cover and how, not to mention emphasizing content that isn't click-driven, minutiae-based stories, ones that involve real reporting.

Ledgard doesn't pay much attention to the subscriber count, but the hiring of a new writer like Ari Wasserman from Cleveland.com to cover Ohio State sports implies to him that the site is doing well.

"We've been trying to get deeper features, whether it's Travis Sawchik describing a Francisco Lindor story about him swinging his bat at his locker and actually showing Travis how his swing pattern path has changed, to getting into deep analytics that TJ (Zuppe) is doing with the Indians," he says. "Or Jason (Lloyd), who's covered the Cavs for seven years and knows the ins and outs of the team." Ledgard's job is to get the writers a little out of their comfort zone, which might mean getting Zuppe to write a more traditional feature or getting Lloyd to dig deeper into analytics.

The Athletic isn't a solve-all, just part of the ecosystem, one that Ledgard sees value in from top to bottom and, ultimately, hope.

"There will be the free sites with the quick minutiae stuff, bloggers, some not doing much, some that are really good, really pushing the envelop on some of this, especially on the analytics side, and particularly baseball. That's where it started, with the fans like that," he says. "At the end of the day, I still think that people like to read." — Brett Zelman