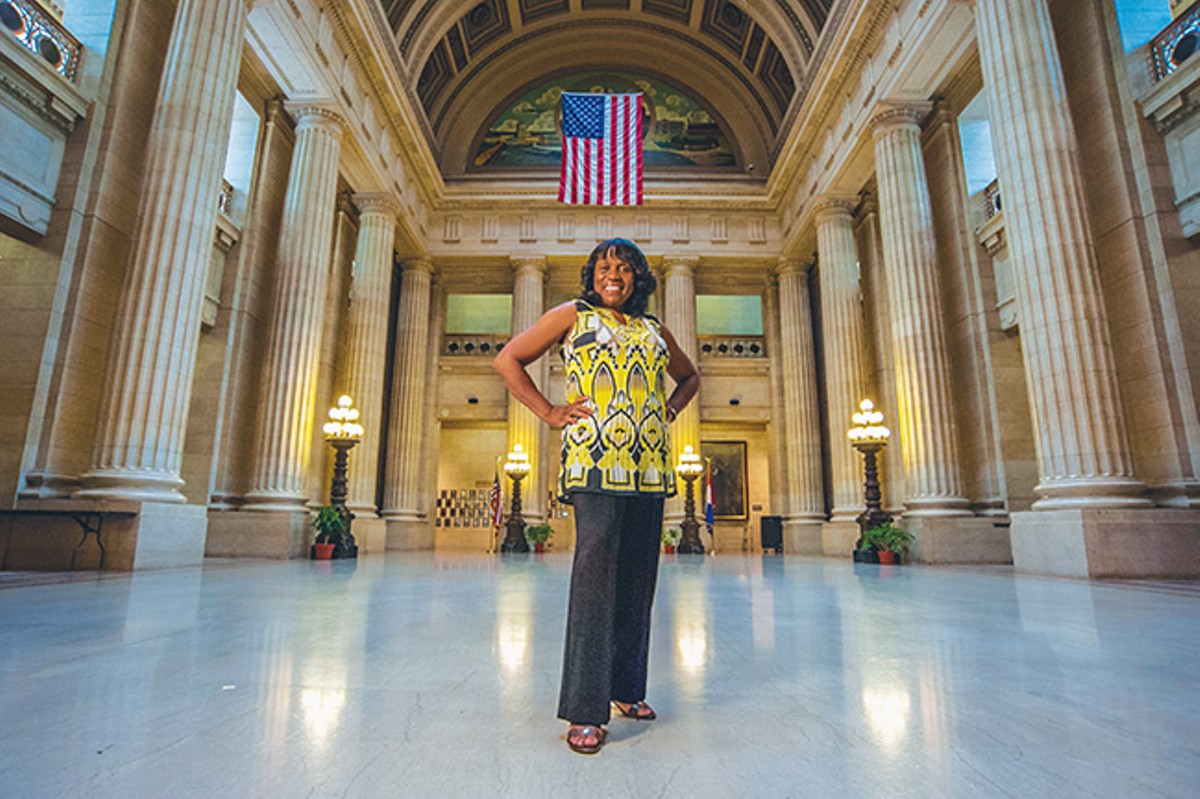 When Amanda Berry, Gina DeJesus and Michelle Knight arrived at Metro shortly after being rescued from Ariel Castro's house, Yvonne Pointer immediately went to the hospital. She asked Cleveland Police Deputy Chief Ed Tomba what she could do to help. Could she sit with Michelle Knight?

Of course she would.

Knight didn't have any family with her in those stressful post-rescue hours. Tomba asked if Pointer could sit with her.

"I was honored, of course, but I didn't know what to do or what to expect. You were watching a miracle," says Pointer. "When I went in and sat with her, she just wanted to sing 'Lift Every Voice.' I just held her hand. We didn't talk about anything that happened. I just sat with her and sang and held her hand."

There might not be a person more equipped to deal with that heart-wrenching moment than Pointer. Her daughter, Gloria, was raped and murdered 29 years ago. (After police began sorting and testing stored DNA evidence at the behest of Plain Dealer reporting, they finally identified a suspect in Gloria's death this May.)

"It was amazing to be part of the miracle, but part of me was sad. I thought about what I would give to have one opportunity to embrace my own child again," she says.

For three decades, Pointer has been an advocate for families whose lives have been turned upside down by violence. She's written books, given motivational speeches and now works for the city's crisis intervention team. When a family loses a child, it is often Pointer herself who shows up at their door in the time of need. Counseling, offering a sympathetic ear, however she can help.

"I recently received a call from a mother. Her son was murdered in a crossfire of bullets while he stood on the porch. A lot of times, I'm dealing with families who don't have any insurance to bury their children. They'll never make national headlines because this happens all the time but nevertheless, these families are in pain. You bloom where you're planted. I'm not a superhero. We can all do what I do. It takes all of us. What if everyone said, 'This is not going to happen on my street?' I don't know a lot about most of the stuff that I do, but I know you have to do something. You do it based on faith."