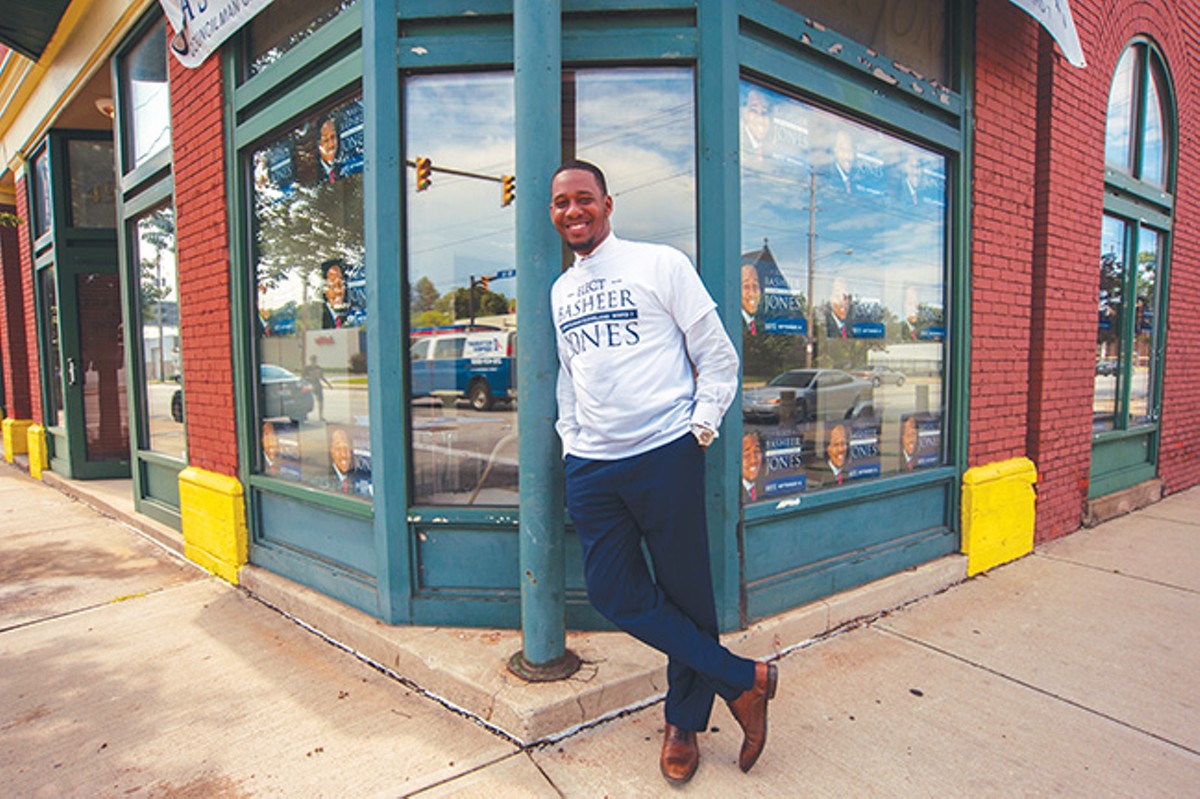 Inspired by the Ward 7 residents who nurtured his own growth and success, Basheer Jones is running for Cleveland City Council.

You may have heard his voice on the radio — his motivational pipes have talked news, politics and social issues on both Cleveland's Radio One and 107.9 FM. And it's no accident that's he's a talker, an orator — a kind of preacher — given that he values the power of every person's voice.

"And I can talk and I can give money all day, but I wanted to implement change on a more intrinsic level," says Jones over the phone after a workshop with area teachers.

For him, those changes start with education. Ensuring that Cleveland's schools are world class and that the young people of his ward have access to schooling and school programs will be a key tenet of his platform. In addition, he's extremely focused on the safety of residents and services for elderly constituents, many of whom live in senior high rises.

"We're right in the backyard of the one of the greatest hospitals in the world," says Jones. "There's no reason people should be walking around with heart problems."

Jones has never held public office, but he's no stranger to community activism and leadership. In addition to his radio shows, Jones has written a book, I'll Speak for Change, worked for community organizations like MyCom, and was the chief regional field director for the Obama campaign. After graduating from Morehouse College, he has devoted his adulthood to giving back.

"I've always been engaged," says Jones, "but I now want to give back in a different way."

Jones says that on city council, he'll fight for better education and will pressure the city to explore legislation and improved methods for tracking missing persons and monitoring sexual predators.

Citing his mother and Mahatma Gandhi as chief influences in his political career, Jones says that the most inspiring people to him are those who "loved the people more than they loved themselves."

Sam Allard is the Senior Writer at Scene, in which capacity he covers politics and power and writes about movies when time permits. He's a graduate of the Medill School of Journalism at Northwestern University and the NEOMFA at Cleveland State. Prior to joining Scene, he was encamped in Sarajevo, Bosnia, on an...
Scroll to read more Cleveland People articles